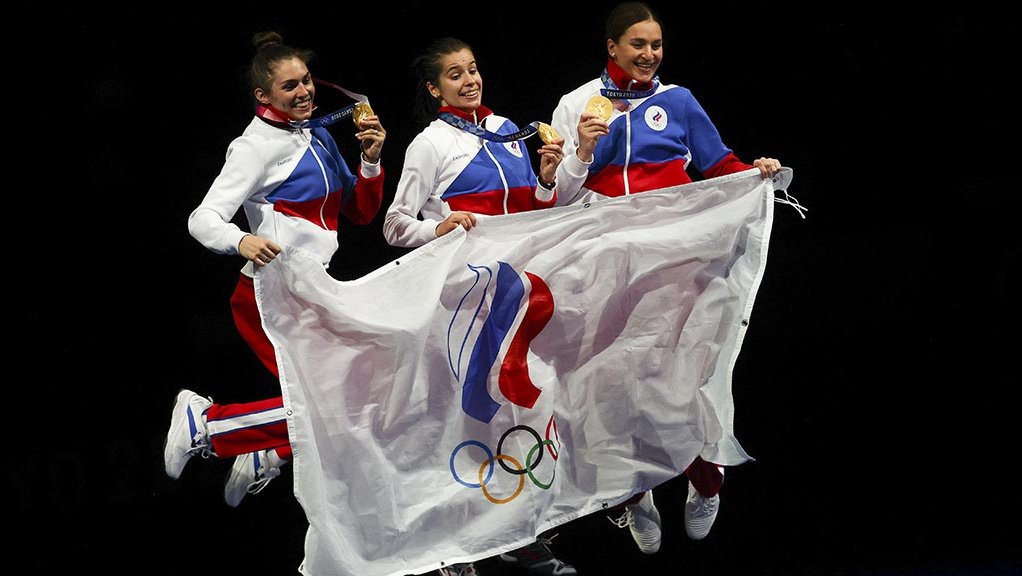 We are entering dangerous territory when journalists, sportsmen and politicians are united in their abhorrence of Russia…

They say that sport and politics shouldn’t mix. Perhaps this is the ideal, for in practice the two seem inherently linked. A perfect example of this is Russia’s participation in the Olympics games this year, which has been deliberately tarnished from the outset.

Despite the fact that Russia has been prevented from participating as a normal, due to allegations of doping during the Sochi Olympics, the athletes competing under the ROC (Russian Olympic Committee) have had to endure every possible reproval from fellow sportsmen and commentators alike. Country-less, flagless, hymn-less, the Russian athletes have been humiliated in every possible way by the International Olympic Committee. The Russian artistic swim team was allowed to set its routine to a song called ‘With Russia From Love’ but the word ‘Russia’ had to be cut out, as if it was blasphemous. At the awards ceremony the Russian national anthem has been replaced by Tchaikovsky’s Piano Concerto Number One and the Russian flag replaced by one bearing the Olympic torch. It’s quite frankly ridiculous, as if spectators are supposed to pretend they don’t know who’s competing.

And yet, despite these attempts to ‘neutralise’ Russia or emasculate it, for many commentators and fellow competitors, the IOC has not gone far enough. Unable to empathise with their fellow athletes, the majority of whom had absolutely nothing to do with any doping at the Sochi Winter Olympics in 2014, some sportsmen are still hurling accusations at their Russian counterparts, as they seek to explain their own substandard performance. US swimmer Ryan Murphy said on Friday after he was beaten by Russian Evgeniy Rylov, who won gold, that the backstroke final was ‘probably not clean’. British bronze medal winner Luke Greenbank also questioned whether he was racing against ‘clean’ swimmers after competing against Rylov, who won silver in the 200m backstroke.

The CEO of the US Anti-Doping Agency, Travis Tygart, has claimed that the ban against Russia competing at the Olympics is a ‘farce’. He believes that the punishment was not harsh enough and it allows Russia ‘to make a mockery of the Games’. Indeed, when the court of arbitration halved Russia’s ban on competing from four years to two years last year, it was met only with ‘anger and disbelief’ in the West, despite the court admitting that the sanctions against Russia were ‘still the strongest set of consequences ever imposed on any country for doping-related offences.’ 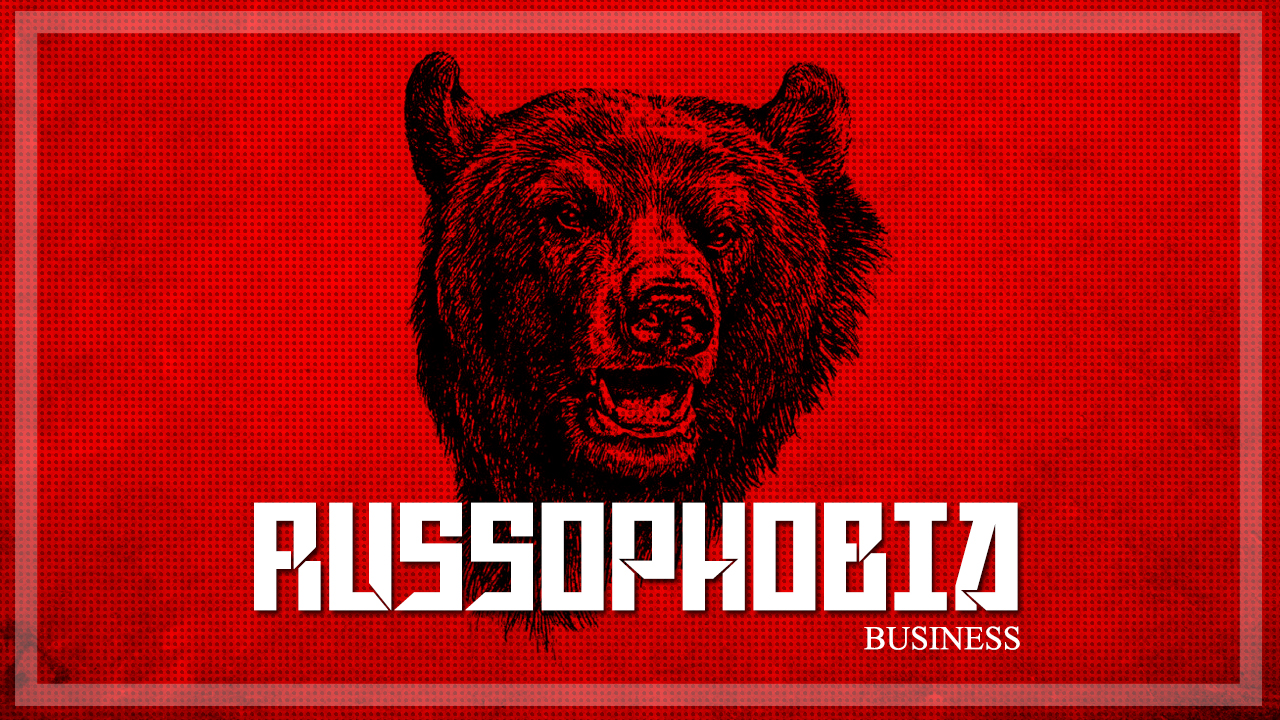 This is where it’s important to refer to facts, and not simply the anti-Russian western propaganda machine. According to WADA’s 2018 report into doping offences, the 1640 samples that violated their doping rules were from 117 different nationalities. Although some of the athletes were Russian, the top ten nationalities for doping included Italy, France, India, Ukraine, the US, Belgium, China, Brazil and Kazakhstan. We therefore have to ask ourselves why it is that Russia appears to be the only country chastised in the media for doping offences?

And this is where the mainstream media and its Russophobic agenda plays a vital role. In the midst of this new ‘cold war’, Russia remains the enemy; the scapegoat; the country which you can discriminate against on any level and get away with it. If any other nationality was treated in this way by the western press they would call it out as ‘racism’ or ‘discrimination’. Russia on the other hand continues to tolerate what cannot be described in any other way than a politically motivated campaign of discrimination. ‘Russia continues to make a mockery of Olympic ban’ one headline reads. ‘ROC’s Olympic successes mean ‘absent’ Russia is more present than ever’ decried The Guardian, as it relished the opportunity to paint the ROC team as a malevolent force, with ‘seductively slick’ organisation and ‘that darkly humorous love of doublethink’. The journalist would have us think that Russia, far from competing like everyone else, is engaged in ‘laugh-out-loud sporting gangsterism’.  The article’s only saving grace is it acknowledges that doping is a universal problem in sports, not limited to one nationality. It mentions US running coach Alberto Salazar, who received a 4 year suspension from WADA in 2019 for doping-related misconduct. As the writer points out, Russia does not hold a ‘monopoly’ on these things.

Yet the western media and commentariat would generally have us think otherwise. The ROC team has received condemnation not only for its presence at these Olympic games, but for the wearing of the Russian flag colours on the athletes’ clothing. Every possible sign of ‘Russianness’ is to be obliterated, in a way which goes beyond humiliation and punishment, and reminds one more of a symbolic ethnic cleansing. ‘Russia is everywhere at the Olympic Games’ protested the New York Times. It’s as if we have got to the stage that being Russian is inherently bad in itself. One journalist even had the gall to ask tennis player Danil Medvedev what he thought about the ‘scammer’s stigma’ carried by Russian athletes in the games. He might as well have asked if being Russian now carried a ‘stigma’. That’s where we’re at.

The total and absolute complicity of western mainstream media journalists in condemning Russia in this way should be a concern for all of us. There seems to be a complete absence of query, of nuance, of a natural restraint which any intelligent person should possess before making certain allegations. Instead we see only a willingness to exaggerate, to reprimand, and to stir up feelings of hatred and abhorrence towards a country and people who have personally done nothing to offend us at all. The black and white picture presented of the ‘good’ West versus ‘evil’ Russia will lead only to deeper tensions and to increased chance of physical conflict. Now is the time for journalists to cease being mouthpieces for western governments and begin questioning them. Russophobic political agendas have not only entered sport, but all spheres of our lives, including art, music and literature. If we continue to allow this to happen we will all be a party to what could become discrimination on a scale not seen since the anti-semitism of the 20th century.

Disgusting. They cannot even wave their own flag.

“Russia on the other hand continues to tolerate what cannot be described in any other way than a politically motivated campaign of discrimination.”

If the Putinist regime had a tenth of the nationalist pride that Putin cultists love to pretend it has, or a fiftieth of the nationalist pride of, for example, China, it would have boycotted these Olympics. It would at the least have walked out in the middle, withdrawing all participants, in protest against the accusations. Compare that with the reaction in China about a mere unflattering photo of world record breaking gold medallist weightlifter Hou Zhihui.

Face it: the Putinist regime is just Yeltsin with less alcohol, better public relations, and fewer politically inclined oligarchs. In most things it is the same as ever.

Bring on the downvotes, Putin cultists. That’s all you can do because you have no logical arguments to defend your deity.

Brain dead Putin cultist idiot thinks anyone who isn’t a worshipper of the zionist stooge Putin is Amerikastani.

The Russians already exposed the WADA “pay to play” scheme in which certain high profile western athletes get “exemptions” for drug use while others are not considered for political reasons.