Craig Murray was British Ambassador to Uzbekistan from August 2002 to October 2004 and Rector of the University of Dundee from 2007 to 2010.

The mainstream media are making almost no effort today to fit Charlie Rowley’s account of his poisoning into the already ludicrous conspiracy theory being peddled by the government and intelligence agencies.

ITV News gamely inserted the phrase “poisoned by a Russian nerve agent” into their exclusive interview with Charlie Rowley, an interview in which they managed to ask no penetrating questions whatsoever, and of which they only broadcast heavily edited parts. Their own website contains this comment by their journalist Rupert Evelyn:

He said it was unopened, the box it was in was sealed, and that they had to use a knife in order to cut through it.

“That raises the question: if it wasn’t used, is this the only Novichok that exists in this city? And was it the same Novichok used to attack Sergei and Yulia Skripal?

But the information about opening the packet with a knife is not in the linked interview. What Rowley does say in the interview is that the box was still sealed in its cellophane. Presumably it was the cellophane he slit open with a knife.

So how can this fit in to the official government account? Presumably the claim is that Russian agents secretly visited the Skripal house, sprayed novichok on the door handle from this perfume bottle, and then, at an unknown location, disassembled the nozzle from the bottle (Mr Rowley said he had to insert it), then repackaged and re-cellophaned the bottle prior to simply leaving it to be discovered somewhere – presumably somewhere indoors as it still looked new – by Mr Rowley four months later. However it had not been found by anyone else in the interim four months of police, military and security service search.

Frankly, the case for this being the bottle allegedly used to coat the Skripals’ door handle looks wildly improbable. But then the entire government story already looked wildly improbable anyway – to the extent that I literally do not know a single person, even among my more right wing family and friends, who believes it. The reaction of the media, who had shamelessly been promoting the entirely evidence free “the Russians did it” narrative, to Mr Rowley’s extremely awkward piece of news has been to shove it as far as possible down the news agenda and make no real effort to reconcile it.

By his own account, Mr Rowley is not a reliable witness, his memory affected by the “Novichok”. It is not unreasonable to conjecture there may also be other reasons why he is vague about where and how he came into possession of this package of perfume.

The perfume bottle is now in the hands of the Police. Is it not rather strange that they have not published photos of it, to see if it jogs the memory of a member of the public who saw it somewhere in the last four months, or saw somebody with it? The “perpetrators” know what it looks like and already know the police have it, so that would not give away any dangerous information. You might believe the lockdown of the story and control of the narrative is more important to the authorities than solving the crime, which we should not forget is now murder.

Remember that stage craft where Ariana Grande was the opening act? Well the UK GOV thought if the the people would believe this hoax, they would swallow anything. Can you imagine their surprise that people are actually questioning this “the Russians are coming” nonsense…

“THE SILENCE OF THE WHORES” 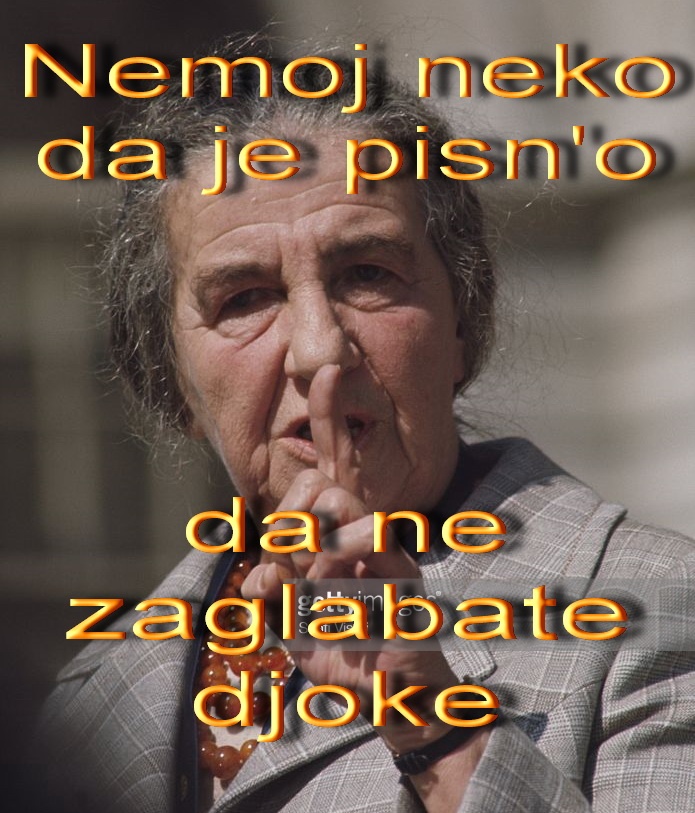 This whole thing (including the Skrypals) is a Monty Python skit.

From the Sputnik article (and others) on the ITV Charlie Rowley interview we can establish that the Novichok type nerve agent used is not 10 times more toxic than VX (of which it is similar to) as after spraying the poison onto herself and smelling it (inhalation) it took 15 minutes for the symptoms to begin. Interestingly, Dawn Sturgess is the only person who had symptoms (foaming at mouth and tremors) of acute VX organophosphate never poisoning. The symptoms of hallucinations (which the other three victims had) is indicative of only a mild level of VX poisoning. The method of putting some of this oil onto a door knob and trying to poison someone through dermal (skin) exposure has proved to be ineffective, i.e., someone either didn’t know the actual properties of the poison used, or hadn’t done their homework.

Charlie Rowley both smelled the poison and also got some on his wrists but washed his hands (the soap should have neutralized the poison immeditately) directly afterwards. His symptoms, (which were milder) did not present themselves until some four hours later.

Assuming that the OPCW was correct in stating that the nerve agent was of “high quality” due to it’s purity, this poison is either not the really toxic version (7-10 times more toxic than VX) but something else or the original statement on its toxicity was never true.

This was almost assuredly, not some left over poison from the orginal Skripal poisoning but a fresh batch. It was in a sealed box and there was never any mention that even though Charlie felt it was new, that the perfurme/cosmetic bottle was partially empty when it was opened. Further, Charlie stated that he had kept the box for several days in his house before he presented it to Dawn Sturgess, therefore he had only recently come into its possession. It’s odd that he can’t remember where/how he came to possess it. Did someone plant it on him?

MOTIVE:
So we have two totally seperate poisonings. Would the Russians try to bring another batch of Novichok into England to throw the authorities off their trail? Not likely, as the Russians had weeks before the second poisoning pretty much already concluded that the Skripal poisoning was poorly related to them. They were even bragging about how botched the whole affair had become, and there would be little incentive to take the risk(s) of bringing more into the country and somehow letting some innocents expose themselves to it.

A more likely scenario is that someone at Porton Down is putting a Novichok type poison out into the nearby community for some perverted reason(s). Something like the anthrax poison that a US citizen who had access to it, did a number of years ago.

The other possibility is that, like an Agatha Christie mystery, it is something totally different that will only be exposed at the very end of the story.

Whatever, the British authorities have mostly lost their original narrative that the Russians did it.

I don’t think there could be any other reason than blaming Russia – the target of this psyop appear to be the lowest classes of british/euro/us people, those that are convinced by the barking of dogs and terror acts.

“The other possibility is that, like an Agatha Christie mystery, it is something totally different that will only be exposed at the very end of the story”

Possible but not likely that the truth is very much different.

It could for example, be that the uk intel/security services did not participate or even were not aware of the feat and it was orchestrated and executed by a large North American country or a small Middle Eastern one.

Or even that no national entity has committed anything, and it’s rather an act completely funded, organized and executed by a private subject, which in this way is also announcing to the major players that it has “entered the playground”.

There are a lot of dual national Russia/Israeli oligarchs and their helpers in the UK who have rather dubious business connections, to say the least.

There is an underlying internecine conflict between these people and it would explain the UK Police statement of ‘Russian nationals’ being investigated.

Without using the ‘J ‘ word of course, which is another reason the UK bluster about seizing Russian oligarch cash has faded away in my opinion. :)

agreed.
in any case, i ‘m not keen on assuming much on the finer details, and probably it’s not even worth of any studying effort.

imho what could be interesting in the whole Skrpal case is that it potentially seem to contain some information that could be used to determine if western countries are entirely acting on their own accord in their anti-russian crusade, of if they are somehow “held hostage” by a non-state entity.

I tend to stick to the second option, even considering the financial elites, the monstruosity of the western MICs and so on, there seem to be an additional component, one that is able to scare western leaderships into submission, and whose traces are clearly found in the MsM narratives.

And again, I’m not saying there is a 100% likeliness, or point fingers at anyone, but this component appears mostly jewish in nature, at least at a superficial level.

I agree john. When we break it down, ‘leaderships’ can be suborned by bribery, blackmail or both.

This of course is as ancient as ‘man ‘ has walked this earth and the prime suspects today have had over 3500 years experience with controlling puppets.

I highly doubt the involvement of Porton Down planting Novichok in the local area. They still have some credibility left after shadow gov’t and security forces tried to twist their arm into changing their initial analysis. The best they could do was ‘probably of Russian origin’.

All past reports relating to this Novichok farce stink of botched narratives meant for those who don’t think to question what they are told via their TV sets. Mr Rowley’s story is no different. The security forces need to ditch their Cagney&Lacey scriptwriters and hire some real ones.

I agree it wasn’t likely thaat Porton Down itself is involved. Based on the quality of the poison it doesn’t seem likely that a nation-state in involved due to the poor quality of the Novichok used. Most likely a disgruntal individual or non-state actors.

Keep in mind that the Novichok could have been high-grade and pure , but diluted with an inert solvent , thus explaining the lower-than-expected toxicity relative to , say , straight VX.

I too see a similar parallel with the anthrax hoax in the US – blame anyone but the perpetrators.

While the Novichok could have been diluted, I would have thought the OPCW analysis report would have reported it as such. However one looks at it, the Novichok used in both poisonings was not as toxic as people thought, and not that effective. Obviously, dermal exposure is not useful. It takes atomizing it in close proximity to the victim to result in a lethal dose, and even then it took 15 minutes, instead of the normal 30-90 seconds of a good organophosphate nerve agent. No wonder nation-states have looked at it and moved on.

Pathetic! We know the UK gov did it!