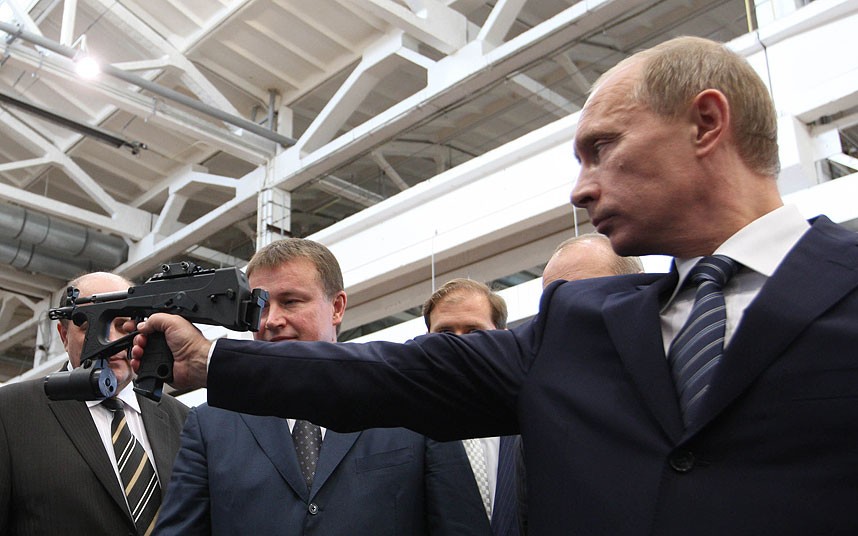 “It is undeniable that Russia has become openly aggressive under President Vladimir Putin, who has violated sovereign borders by annexing Crimea and stoking civil war in Ukraine,” they ranted.

“A cease-fire in Ukraine was declared last year, but Russian forces still maintain a presence in eastern Ukraine, raising questions about whether Russia might try to extend its reach to the Baltic States.”

Fact: No responsible editors would touch this rubbish. They’d forthrightly denounce it.

Fact: It bears repeating. Putin is the world’s preeminent peacemaker – polar opposite Obama’s rage for endless premeditated wars of aggression, responsible for millions of deaths, countries raped, destroyed and pillaged, along with unspeakable human misery.

Fact: Putin violated no sovereign borders of any country, nor does he intend to. No credible evidence suggests otherwise.

Fact: Russia has no military presence in eastern Ukraine, no intention “to extend its reach to the Baltic states.”

Readers are consistently lied to. Credibility isn’t The Times long suit – a longstanding mouthpiece for wealth, power and privilege exclusively, the public interest be damned.

They consistently blame Russia and other regime change targeted nations for America’s high crimes, pure evil on an unprecedented scale.

Truth and full disclosure are systematically banned from its pages on issues mattering most. Managed news misinformation and Big Lies substitute.