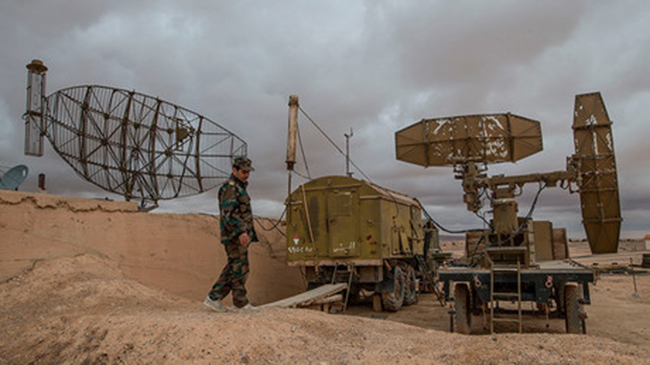 The recent agreement between the USA and Russia really solves nothing, it does not even end the war, and both sides are expressing a great deal of caution about its future implementation. And yet, this is a huge victory for Russia. While it is too early to say that “the Russian won in Syria”, I think that it is now fair to say that the Russian position on Syria has won. Here is why:

First: nobody is suggesting anymore that Assad will be ousted or Damascus taken. That, in turn, means that everybody has now recognized that Syrian Arab Republic, backed by Russia, has successfully repelled the aggression of the huge coalition the AngloZionists built to overthrow Assad.

Second: Russia has forced the UNSC and the USA to admit that the vast majority of those who fight Assad today are terrorists. Of course, this is not how this was declared, but if you look at the organizations which the UNSC has already declared as ‘terrorists’ then you already have an absolute majority of the anti-Assad forces. This means thatthe moral and legal legitimacy of the anti-Assad forces is lies in tatters.

Third: regardless of what Erdogan does actually try to do next, there are now clear signs that neither NATO, nor the EU nor even the Turkish high military command want a war with Russia. And that means that Erdogan’s gamble has not paid off and that his entire Syria policy is now comprehensively dead. Keep in mind that following the treacherous attack on the Russian Su-24 the Kremlin made it a policy goal to “Saakashvilize” Erdogan. This goal is now almost reached and Erdogan’s future looks very, very bleak: everybody ( except maybe the Saudis) is sick and tired of this maniac. The best thing which could happen to Turkey now would for the military to get rid of Erdogan and to replace him with somebody willing to repair all the damage he did.

Fourth: all the threats to impose a no-fly zone or to occupy Syria have now been invalidated by an agreement which basically declares that anybody not respecting the cease-fire is a legitimate target for engagement and destruction.

Fifth: the USA had to accept the humiliation of having to agree to all of the Russian terms for the current ceasefire. Yes, of course, the USA can, and probably will, try renege on part, or all, of this agreement, but the precedent has been set and it will be very hard, if not impossible, for the USA to openly return to the pre-2016 policies.

Sixth: does anybody still remember the rhetoric of Hillary Clinton about Syria and Russia? Her position was crystal xclear: Assad must go and those who support him “punished”. Even after the Russian military offensive began, the US refused to tell the Russians where the “good terrorists” were and where the “bad terrorists” were. No exchange of information with Russians was acceptable. Now the Americans had to agree to work with the Russians on a map of Syria designating where the participants of the ceasefire and were those who were not included in the ceasefire were deployed. In other words, the US will now have to share with Russia all the info it previously refused to share and work with the Russians on a daily basis.

Seventh: Russia has basically co-opted the so-called “Free Syrian Army”. How? By basically forcing every single faction in Syria to chose between one of two possible statuses: being a ‘terrorist’ (and a fair target for destruction) or being a participant in a political process entirely designed by Russia. The Russians are now even opening a “Truce Center” at the Khmeimin airbase near Latakia which will now “render assistance” to all the parties to the ceasefire.

The other big winner here iare, in my opinion, the Kurds who, according to British officials, appear to be coordinating their military operations with the Syrian army and the Russian Aerospace Forces and who now might well even achieve their dreams of joining the Iraqi and Syria regions of Kurdistan. Which is just about the worst nightmare for the Turks come true, hence the still remaining risk of a Turkish military operation ostensibly to create a ‘buffer zone’ but really to save face. That kind of intervention will remain a possibility for as long as the Turks can continue to hope to commit aggression against their neighbors under the protection of NATO and the USA. And that ain’t gonna change anytime in the future.

And then there are the Saudis. They are very, very angry. They are angry to the point of making not so subtle threats about using nuclear weapons to deal with their adversaries. See for yourself:

Actually, since Pakistan got The Bomb, I would not dismiss any Saudi claims of having a number of nuclear devices. But what does that really mean?

It is quite possible that the Saudis have the know how for a nuclear device. And it is quite possible that they even got their hands on enough nuclear materials for a few bombs. They might even have succeeded in purchasing a few nuclear devices from the Pakistanis or Israelis. But even if that is true, the reality is that the Saudis don’t even have the military capability to deal with the poorest Arab country on the planet (Yemen) and that they most definitely don’t have the military capability to engage their nuclear devices in a way which would allow them to achieve any kind of military advantage. After all, what are we talking about here? Using nuclear weapons against the Syrian military? Against Iran? Against Russia? This is absolutely ridiculous. The reality is that whatever nuclear capabilities the Saudis might or might not have, the fact that they would make nuclear threats is just a sign of weakness and fear, not a sign of strength. This is why nobody is impressed by these statement, least of all the intended targets of such threats.

While it is quite true that the latest agreement between the USA and Russia does not mark the end of the war in Syria, it is a turning point, a kind of a Minsk-2 Agreement which nobody really wants to comply with, but which seals the defeat of the AngloZionist plans in Syria as much as Minsk-2 meant the defeat of the Ukronazi dream.

Time is now on the Russian/Syrian side. With each passing day the Russian task force in Syria will become more powerful, as will the Syrian Armed Forces. That, by itself, will not be enough to defeat Daesh, and we can expect a stiff resistance from the Takfiri crazies, but the writing is on the wall for all to see: the more the Russians and the Americans become directly and jointly involved, the less Turkey and Saudi Arabia will be able to determine the outcome of the war. In other words, while this is far from being the end of Daesh, it is the beginning of the end for Daesh in Syria.

Yet again the nay-sayers and Putin-haters have been proven wrong. To be honest, so have I: I would never have guessed that the Russians could have achieved so much with so little and yet they did pull off this extremely dangerous gamble and they won. Only an extremely skillful combination of military, economic, diplomatic and political means could have yielded such a remarkable result but Putin, apparently, found this perfect mix. The path ahead remains extremely dangerous, for sure, but the outcome of the 20 week Russian military intervention in Syria is nothing short of remarkable.