The Russian Aerospace Defence Forces in Syria is based at the Hmeymim airbase at Latakia. The Russia’s aviation composed of the next warplanes and helicopters (based on the open source information):

The attack and transport helicopters will be likely used for the rescue and humanitarian operations.

Also, an unknown number of the Russian unmanned aerial vehicles “Orlan-10” is based there. 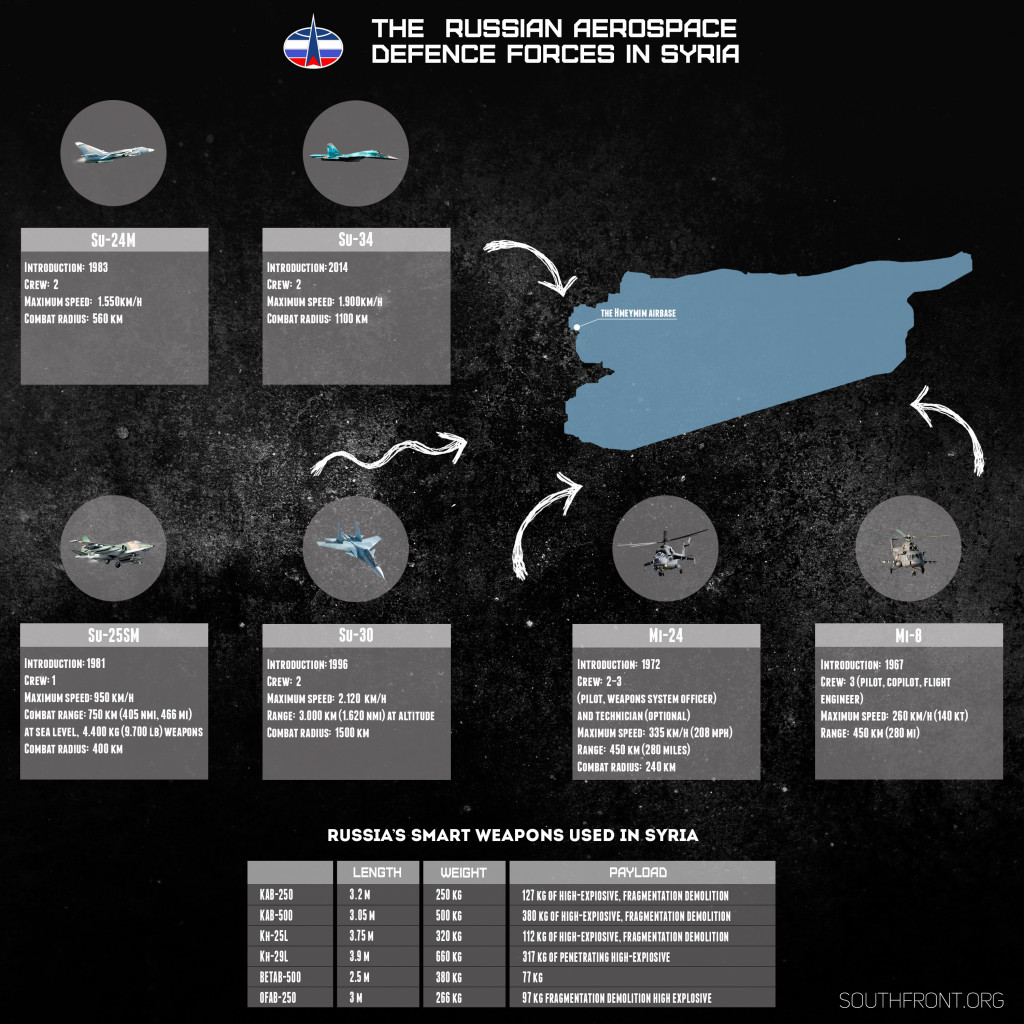 I know for a fact that Russia has more than 4 Su-30’s on the ground. They chased off 4 Israeli F-16’s with 6 Su-30’s, as Israel is the airforce of ISIS, even embedding IDF soldiers to ISIS with the ability to call in air strikes, 800 IDF soldiers are fighting alongside IS, recently an Israeli General was caught in Iraq leading an ISIS brigade, he is being interrogate right now. Syrian Arab Army complained of anytime they were making progress against IS, IS would call in IDF air strikes against their position. Look if you don’t believe me, look at the pictures of Netanyahu shaking hands with injured IS fighters he is treating in the Golan, and John McCain pictured meeting with ISIS leader Al-Baghdadi.

Will you stop being so stupid. You have 0 prove and nothing but lies. Please leave your mother basement and get a life loser.