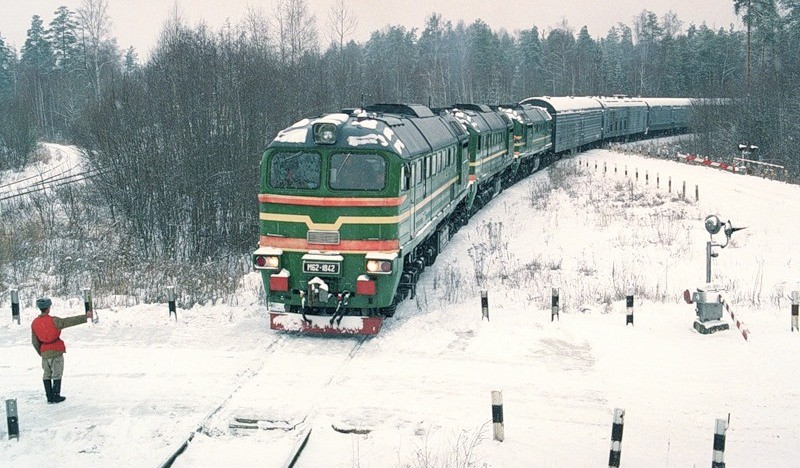 Original by Anton Ivanov published by super-arsenal.ru; translated from Russian by J.Hawk

The train is impossible to track. In addition to modern camouflage systems, it will be equipped with ECM systems and other features which reduce its observability. A rail-mobile ICBM division will consist of five trains, each of which will be equivalent to a regiment. 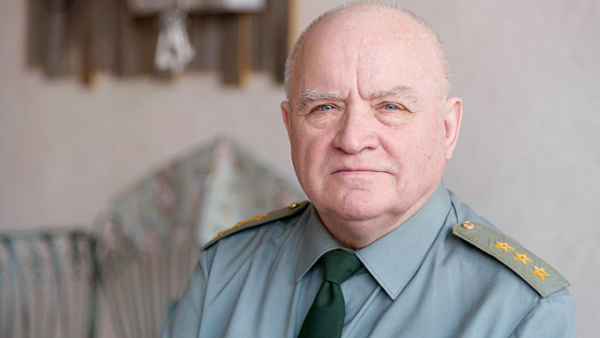 Former head of the RVSN Main Staff, Viktor Yesin
“Fielding the Barguzin is Russia’s answer to the US global ABM system deployment,” believes Viktor Yesin, the former head of the RVSN Main Staff.
RVSN Commander, Colonel General Sergey Karakayev initially estimated the Barguzin would enter service in 2019, but the deadline was pushed back by one year to the country’s difficult financial situation. Blueprints are complete, technical documentation is being developed. In 2017 Vladimir Putin will be presented with a detailed report on the topic and a railroad ICBM deployment plan. 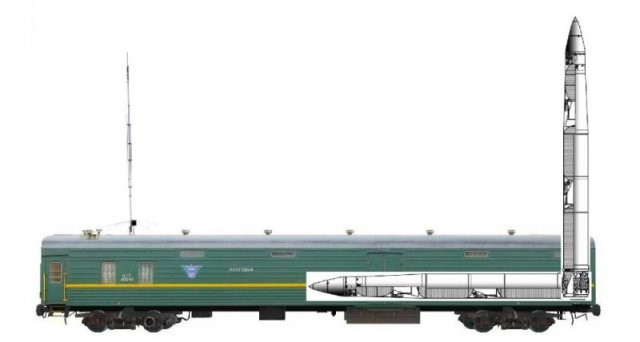 Barguzin will carry six RS-24 Yars ICBMs, as opposed to three Scalpels carried by the Molodets.
“Barguzin will be greatly superior to Molodets in terms of range, accuracy, and other characteristics. Ths will allow the system to remain in service for a long time, at least until 2040. The RVSN is thus returning to a land-based triad model, including silo-, road-, and railroad-launched missiles,” Karakayev said. 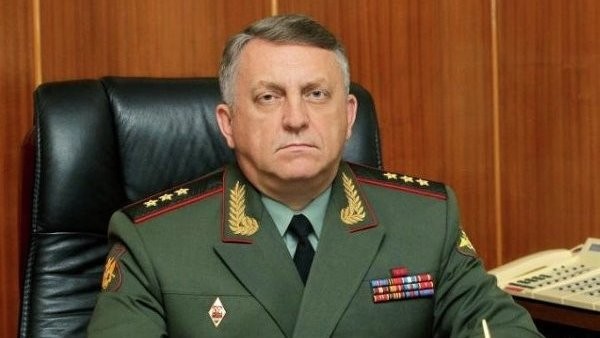 Out of the 12 Soviet-era missile trains, 10 were destroyed in accordance with START-2 treaty, the other two were sent to a museum. They were replaced by road-mobile Topol-M ICBMs which are inferior to the trains in terms of mobility and invulnerability. But it’s not that difficult to restore the rail-mobile ICBMs: technology still exists, as does the required infrastructure, including deep tunnels where the trains cannot be discovered by any form of reconnaissance or destroyed by a nuclear strike.
The elusive Molodets
Legend has it that the idea of creating rail-mobile ICBMs was suggested to USSR by the US. After the US abandoned its rail-mobile ICBM project as too expensive, labor-intensive, and unsuitable, the CIA decided to engage in disinformation: since the US is creating such trains, let the Russians also sink billions into this utopia.
CIA carried out its operation with an unexpected result–USSR created its missile trains which instantly became Pentagon’s headache. They established a satellite network to track them, and in the late 1980s, when the trains were already operational, they sent  a cargo container with special equipment from Vladivostok to Sweden by rail. Soviet counter-intelligence quickly identified and removed the container. US general Colin Powell would later confess to rail ICBM system Aleksey Utkin: “Finding these missile trains is like looking for a needle in a haystack.”
Indeed, ICBM trains on combat alert instantly vanished among thousands of other trains coursing through USSR’s enormous railroad network. The Molodets was made to look like an ordinary mixed train: passenger cars, mail cars, silvery refrigerator cars…
True, some of the cars had eight sets of wheels rather than four, but that’s not something a satellite would notice. The train was moved by three diesel engines. So that it wouldn’t be too obvious, by the late 1980s the trains were propelled by three-section locomotives. By 1994 12 trains were operational, with three missiles each.
“Some assembly required” missile
Creating the Molodets meant overcoming several difficult problems. The launch car length could not exceed 24 meters, otherwise it could not use standard railroad infrastructure. USSR did not manufacture such short missiles. The most compact ICBM weighed over 100 tons. What would it take to prevent such missiles from damaging the tracks? Now to protect the train from the rocket engine flare during launch? What about the electrical conduits above the tracks? And that was just the beginning.
The rail-mobile ICBM system was developed by the famous brothers-academicians, Aleksey and Vladimir Utkin. The first designed the train, the second the missile. The ICBM was the first Soviet three-stage one, with a separating warhead. The RT-23 (SS-24 Scalpel in NATO classification) had three stages and could throw 10 500kt thermonuclear warheads to a distance of 11 thousand kilometers. In order to fit the missile in the train, rocket nozzles and aerodynamic cone were removable.

While Utkin was coming up with his sectioned missile, his brother Aleksey slaved over the train. The Special Machine-Building Design Bureau came up with a launcher for 135 ton missiles on four two-axle carts. Some of its weight was spread onto adjacent cars. The launch car was made to look like a refrigerator car, with false doors on the sides. Its roof could open, and the powerful hydraulic jacks hidden under the bottom stabilized the car by resting on reinforced concrete blocks by the side of the tracks. The train was equipped with a system which moved overhead electric cables to the side. Moreover, electricity along the section of the track would be shut off during launch.

The missile was cold-launched: a powder charge ejected the Scalpel from its launch container to a height of 20 meters, a correcting charge moved the rocket nozzles away from the train, the first-stage engine turned on and the SS-24 went into the sky leaving a white smoke train typical to solid-fueled missiles.

By 1991, three railroad ICBM divisions were deployed, with 12 trains, in Krasnoyarsk, Kostroma, and Perm regions. Railroad tracks were upgraded within a radius of 1500km of their garrisons: wooden ties were replaced with concrete ones, regular rails were replaced with heavy ones, berms were fortified.

When not on patrol the trains were in concealment. Then they were moved to a specific part of the railroad net and divided into three parts. The locomotives moved launch cars to the launch sites, which were usually arranged in a triangle. Each train had a fuel tank car (also concealed as a refrigeration car) and a pipeline system which allowed the locomotives to refuel on the move. There were also sleep cars for the crews, food and water reserves. A missile train had endurance of 28 days.

Having carried out a launch in one spot, the train moved to another one–there were over 200 of them in USSR. The train could cover over 1000 km in one day. To preserve secrecy, the train routes bypassed major stations and when they could not be bypassed the trains went through them without stopping and at dawn, when the number of people was the smallest. Railroad workers called the missile trains “train number zero”.

Since the missile train was planned as a retaliatory strike weapon, in 1991 the trains underwent EMP experiments condenamed Siyaniye and Sdvig. The second one imitated a 1kt nuclear explosion. It involved a detonation of 100,000 anti-tank mines removed from storage in East Germany and arranged in a pyramid at the Plesetsk missile range. The explosion created a crater 80m in radius, the level of sound pressure in the train’s crew stations reached pain level (150 dB). One of the launchers was incapacitated, but conducted a launch after its computer system was rebooted.

The critical problem with trains is they are confined to their rails. A truck based launcher can go around a roadblock and hide anywhere there is some cover, like a forest or a warehouse. The train can’t go past a damaged track section until it is repaired. As for hiding in tunnels, if the tunnel entrance or tracks leading to it are damaged, the train is trapped in the tunnel and unable to launch. Still, the idea is to provide a credible “can’t be sure we got them all” deterrent, not to actually carry out a launch. If they need to launch, a nuclear war is underway, and their mission as a deterrent to war failed.