We are thinking about the refugee crisis sparked by the Syrian conflict as random incident to the broader conflict with the self-proclaimed Islamic State, but is it like this? The creation of refugees is a major part of the Islamic State’s strategy. The creation of refugees is a well calculated project of social engineering. It is how ISIL is trying to implement its strategy. 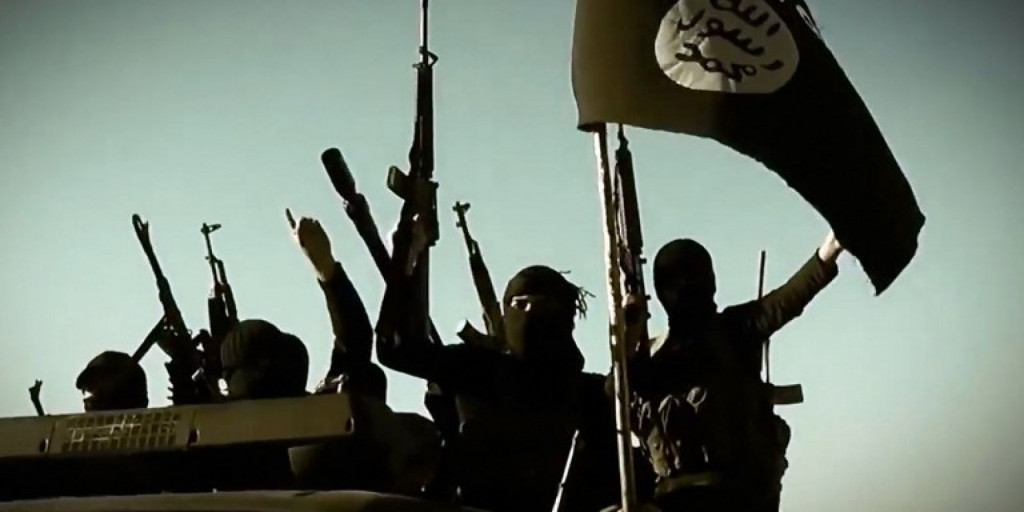 Prepared by Costas Ioannou; Grounded on information of WarOnTheRocks

ISIL uses violence to move and replace populations within its areas of control and the population movements solidify its ability to “remain and expand.” It realises this through its policy of expelling and executing the moderate Muslims and their abandoned property is given to new immigrants, this was confirmed by the report of an Islamic State official to a recent refugee. These points are the key to understand the organization’s strategy. With the use of violence, ISIL makes the moderate Muslims to flee their lands and they are replaced with radicals who will become loyal citizens.

If we use a hypothetical village constructed from a template of real villages, the story shows us not only how the Islamic State applies its colonization methods, but also how it moves populations out of settled areas and what are its gains through their replacement. The village is constructed from reports by Raqqah Is Being Slaughtered Silently, the Washington Post, and a multi-organization report on the status of minorities in Islamic State sized territory.

Let’s imagine that the people of this village, which was hosting a diverse population, during the Arab Spring had joined the opposition to the Assad regime. They also participated in the violent revolt that turned anti-regime demonstrations into a deadly civil war when one of the diverse, inchoate groups of Syrian freedom fighters occupied it from 2011 until 2013. This rebel group, which had connections with larger rebel groups such as the Free Syrian Army or Jabhat al-Nusra, sometimes supported the village by protecting it from the chaos of the larger conflict, but also at times exploited the village’s population as they forced its leaders to extract “taxes” for protection and basic services, taxes which were beneficial to the rebel group and had negative effects for the village. This carrot and stick tactic, created simultaneous conflicting reactions in the community towards the rebels. The consequence that when the armies of the Islamic State approached the village in 2014, the loyalty of the residents was torn. The Kurdish population of the village had in mind the hostility of ISIL toward their fellow Kurds elsewhere, while other religious minorities feared the group’s infamous repression. As a result, both viewed the previous rebel group as their only protection from a worse enemy: the Islamic State. In addition the large Sunni population of the village, considered the Islamic State a better choice than the occasional rebel predation. Even if the Islamic State’s justice has been harsh, it at least has seemed consistent towards those who follow its edicts. The result was that as the Islamic State moved into the area, the village was divided into potential supporters and opposes.

Other minorities and secular Sunnis fled the area. Others waited and fled later, when they were forced to pay the jizya and other “taxes,” which the Islamic State imposed as a “humiliation” for non-Muslims. The Sunnis who thought they could manage the group’s brutality were wrong, they might consider rebellion. But when they saw the faith of those who opposed the Islamic State, they also fled, leaving behind a mixture of Sunni devotees who would rather remain and endure than risk their faith into the unknown.

As a result the absence of the village’s population that fled created a gap of wealth, property, and space. A loss of livelihood and a shortage of labour was created, as well as a social pressure to keep the ambivalent population in line. The population gap that was created was an excellent opportunity for foreign fighters who were inspired by the “purity” of the Islamic State’s laws, intentions and violence, to settle there, taking over the missing townsfolk’s homes, farms and occupations. Those fighters were keeping the remainind population under control and provided needed labour and a socially stabilizing presence. This pattern was an innovation of the Islamic State and it is found in many colonial movements representing a tendency of modern conflicts to turn refugees into weapons.

The recruitment of women and non-combatants further explains The Islamic State’s strategy of settler colonialism. Those groups provide the civilian core to ISIL for realizing its Islamic colony, creating a foundation for an eventual normalization of the Islamic State. This may look like the beginning of moderation, but as the situation in Afghanistan under the Taliban demonstrated, does not lead to moderation in practice. In fact, this establishment of foreign settlers in the Islamic State’s territories may provide a radical, renewable army and the infrastructure to build sophisticated weapons with the purpose of further expansion and for future international campaigns. Also, by applying this strategy the, Islamic State keeps a permanent refugee population outside of Syrian borders, who cannot return to their homelands.

The refugee crisis in Europe cannot be solved until the situation in Syria is resolved. Let us not forget that this mess in Syria among with all its terrible consequences was created by the Western Powers in their efforts to topple the Assad’s regime. With their actions they destabilised Syria and created a deadly civil war that got out of control, created ISIL and spread into Iraq.

The implementation of this colonization strategy by The Islamic State makes the Syrian conflict more difficult to resolve. We must also take in consideration what to do with the colonists who have settled without intention to leave. Those groups are unlikely to surrender their seized land (according to the Washington Post, women commonly have suicide vests at home). It seems that only Russia among with Assad’s legitimate government and their allies are able to stabilise the situation in Syria and resolve the refugee crisis that affected Europe so badly.

To go much further than this article, in terms of historical methods and how widely and wildly successful this non-military type action has been over the years read, “Weapons of Mass Migration: Forced Displacement as an Instrument of Coercion”, by Kelly Greenhill on mercury.ethz It’s a from a journal published by Strategic Insights, Center on Contemporary Conflict, in 2008. Additionally, there are methods exposed that explain what is slowly killing western societies from within. Brilliant paper.