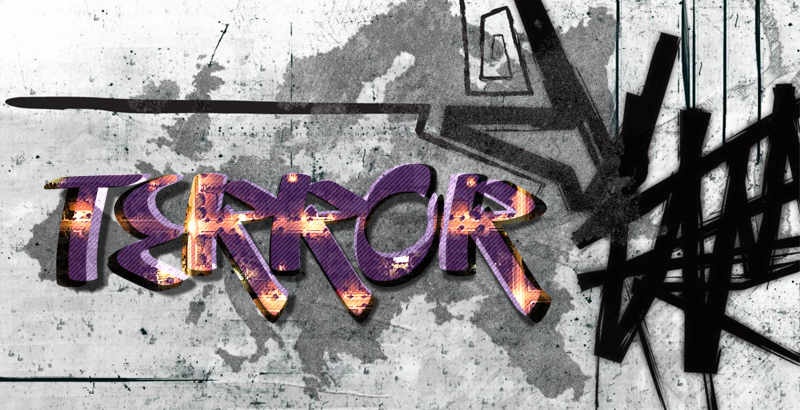 Appeared in A-specto, translated by Borislav exclusively for SouthFront

The series of terrorist attacks in France and Germany have shown the vulnerability of these countries and Europe as a whole, in the face of terrorist threats. How this situation came to be and what can be done to get out of it, explains Ivan Blo in his interview to Lenta.ru. He is a former general director and responsible for anti-terrorist activities in the Ministry of Interior of France. Today Mr. Blo is an adviser for political affairs and security issues to the former President of France Nicolas Sarkozy.

Mr. Blo, why is it that the French secret services, which are considered among the most efficient in the world, are losing the battle with the terrorists?

The French secret services, where I worked for many years, are in good condition now and are working effectively. The problem is that the amount of potential extremists has increased sharply. Europol spoke of about 3,000 people in the EU. And these are just people willing to personally commit a terrorist act, but they have many supporters and helpers who also need to be monitored and controlled. At this stage the number of officers in the special services is numerous, but if illegal immigration continues, they will need to monitor many more suspects. We shouldn’t separate the problems of uncontrolled migration and terrorism. In Poland or Hungary where migrants are not accepted, a terrorist act has not been committed.

How were so many systematic errors compounded in the security systems of France?

In my last book, which I wrote with counterterrorism specialist Roger Marion, we explain that the government should be more flexible and should work proactively rather than go after the events. It is also necessary to use the military forces which generally stay away from these processes. Earlier, it was commonly believed that in the fight against terrorism we should rely exclusively on the police, but today we already are in a state of war and things are different.

How effective are the government’s measures to strengthen the safety of France? For example, summoning reservists, increasing the number of employees of the police and gendarmerie, etc.?

These measures are already late. Mobilization of reservists and the participation of volunteers should have happened much earlier. Personally, I think that now we need to create a true National Guard, as Russia did. We had such a guard from 1789 to 1872. Within such a structure civilians can be attracted to participate in police operations and combat actions.

After the terrorist act in Nice, President Hollande said that France will respond to this crime with new strikes on the terrorists from the Islamic State in Syria and Iraq. Do you share the optimism of the president that in such a way, the level of terrorist threat in the country can be reduced?

We should fight seriously in Iraq and Syria, as Russia does. But that can not reduce the threat level inside the country. Communist leader Mao Zedong said that a good revolutionary must feel among the people, like a fish in water. The same is now true for terrorists. They feel completely at ease within the immigrant-Muslim communities. Of course, not all Muslims support terrorists, but opinion polls show that 30% of people in the Muslim community are understanding of them and even support their actions. These are 1.5 million people (in France there are about 7.5 million Muslims). No need for them to be a terrorist, but it is certain that if they need help, it will be there. The trouble is that France has long stopped dealing with migration issues. It stopped to integrate Muslims entering the country and instilling in them a love of the new homeland. Today, both the left and right will pay for this political error. The President of France, is not very serious in regard to this internal problem that has enormous significance for the country. We let a Trojan horse enter France, exactly as described in the Greek epic.

Do you think its possible to identify potential terrorists among the migrants, and to take measures against them?

It is impossible to determine who is a “real terrorist”. These may include not only those who have committed murder, but many others that were previously peaceful and quiet, and one day become terrorists in a flash. These are the so to speak, “domesticated wolves” who usually lead a quiet and peaceful life and no one can know at which point they will drastically alter their behavior. Nazi agents were called “domesticated wolves” in Paris during World War II, who before the war led a quiet life, and when the war started, switched to active actions against their own country. It is impossible to calculate how many radicalized Islamic terrorists there actually are. We’re dealing with fighters, revolutionaries, who have accepted the new form of Islam, which drastically differs from traditional Islam. The names of the founders and ideologists of this new form of Islamic revolutionary movement are known – these are the Egyptian professor Sayyid Qutb, who planned the murder of Colonel Gamal Abdel Nasser (President of Egypt 1956), for which he received a death sentence, and Pakistani professor Al Maududi who died in the US. These two professors are the Marx and Engels of Islamism. But today no one mentions them, although their school created the leaders of “Al Qaeda” Osama bin Laden and al-Zarqawi, who later educated the “caliph” of the Islamic State Al Baghdadi. Reread “The Possessed” Dostoevsky. He has described the mentality of fanatical fighters very well. A revolutionary is a man devoid of emotions, possessing a cool mind that justifies murder and despises human feelings.

In many European countries there are strict laws governing arms sales. However, terrorists easily procure such. How does that work? 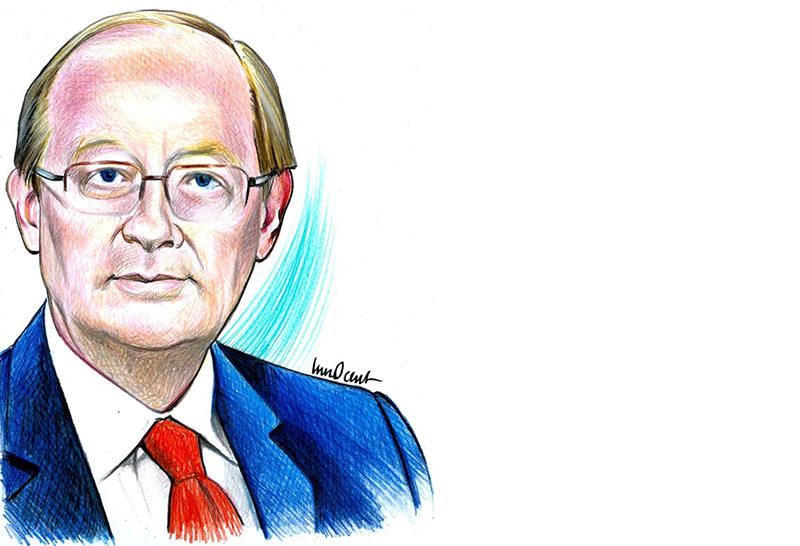 Only honest and law-abiding citizens respect laws. But the bandits from the suburbs have always secured weapons very easily. I’m talking about illegal trafficking. And in Western countries opportunities for such traffic are unlimited. I must say that the lack of security became a reality in the West after 1968, when the so-called “Bourgeois” morality collapsed. From that moment on, the number of crimes in France annually grew, reaching 4.5 million this year. This reflects on the conflict between ordinary people who do not feel safe, and wealthy power elites, including the political elite, who find pleasure in the justification of crime.

Will the influx of terrorist activity lead to an increase in Islamophobia, and as a consequence increase inter-religious and inter-ethnic clashes in the country?

Of course, there is a risk of conflict, especially between supporters of secularism and the secular state, and Muslims respectively. But Catholics have lost their militancy a long time ago. Therefore, an ethic conflict is more likely than a religious one. The non-indigenous population of Arabs serve as a source of ever-increasing tension. According to the French Institute for the Study of Public Opinion (IFOP), in April 2016, 68% of respondents believe that Muslims or immigrants of Islamic origin are barely integrated into society; 67% are convinced that they really do not want to integrate; 45% of French people claim that the cultural differences with Muslims are so large that they can not be a peaceful coexistence; and only 14% of respondents say that the problems in inter-ethnic relations are due to the racist prejudices of the French. Notably, however, even this small percentage is declining. Already in the 1973 report of the National Commission of Human Rights, 74% of French people thought that the number of immigrants in the country was too big. By the government had no reaction to this conclusion because of the total absence of patriotism in them. Elites do not realize that the situation is already explosive. And even if emigration from the countries of Africa and the Middle East are stopped, we must find opportunities for the extradition of migrants from the country. Every year, this leads to a dangerous increase in the potential of inter-ethnic confrontation in the country.

How is the extraordinary security situation influencing the country? Will you stay in this mode permanently? Are the French ready to radically change their lifestyle? Israel has lived for many years under conditions of maximum security measures, which sometimes require limiting the freedoms of citizens. Will the French agree to such measures?

The state of emergency does not affect the ordinary Frenchman. It facilitates the ability of the police to conduct searches, but the population is reacting calmly toward these measures. France today is still a far cry from the situation in Israel.

After the terrorist attacks last November, French society bonded and the President’s rating reached 30%. Just days ago, however, at a funeral ceremony in Nice, the Prime Minister Manuel Valls was booed. What is the reason for this change of public sentiment in France?

President Hollande’s popularity is falling and this does not depend only on terrorism. The economy stagnated. The unemployment rate does not fall below 10%, while with 20-25-year-olds it reached 25%. Right-wing political forces are furious and the left are disappointed. The ultra-left organize strikes and demonstrations. There is no radical change in sentiment, but the opinion of the authorities, particularly among the poor, is deteriorating. They say that those in power have betrayed them. The majority of voters who voted for the Communists earlier on, went into the camp of the National Front. Understandably, many people in the country are convinced that today’s government is ineffective, both in the fight against terrorism and in dealing with illegal migration. They consider the French government today to be a “rag”, it has no authority. The population lives with the feeling that oligarchy manages them, which laughs at public opinion and despised true democracy.

What do you think should be done now to prevent the threat of new terrorist acts?

In my book “Islamic terrorism as a revolutionary threat “, I went through several other proposals besides strengthening the role of special services:

What prevents the special services of EU countries, such as France and Belgium, from coordinating their activities? Do we need a unification of the laws?

Inter-state coordination of European secret services is limited because national security authorities do not trust their foreign counterparts. Roughly speaking, trust in everything, which concerns common European processes, was undermined when the European Commission’s Juncker, made EU governments to accept immigrant quotas under the threat of financial penalties, completely ignoring public opinion in European countries. So here the problem is not in unification of legislation, but the growing animosity towards the EU as an anti-democratic institution. We could take Israel as an example. They show how an independent country can be much more effective in fighting terrorism, than many weak countries in a union.

Many terrorists have historically fell within the sight of the special services. How is it that control is weakening and even more crimes are committed?

In the current state of the secret services, it is difficult to control the increased number of suspected terrorists. New waves of migrants only increase the number of suspects. On the other hand, training of new employees of the security services requires at least two years. Such training becomes meaningless, because each year migrants continue to arrive.

Immigration is Terrorism. In fact, according to UN law, it is more then just simple terrorism, it is in fact genocide and ethnic cleansing through racial-replacement. Here are the UN laws against genocide listed below..