The political scientist, Dmitri Evstafev, on options of Moscow’s policy over ‘frozen’ conflicts. 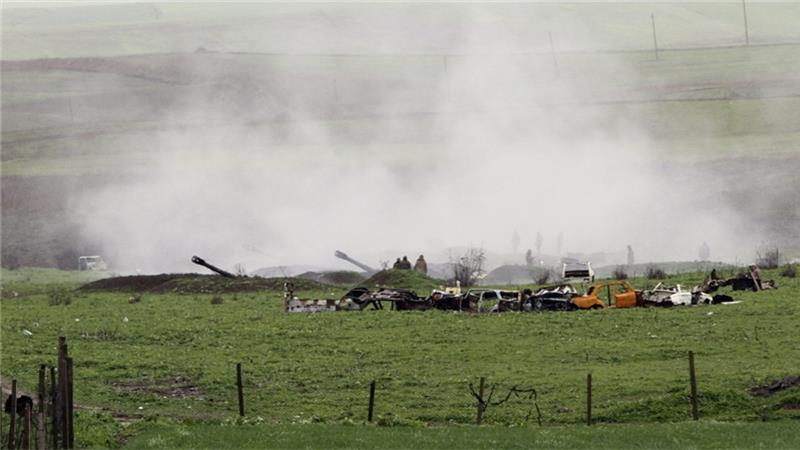 Originally appeared at Izvestia, translated by Caspersky exclusively for SouthFront

Even if the military escalation in Nagorno-Karabakh was extinguished relatively quickly, if not effortlessly, with the intervention and mediation of Moscow, it did indicate a new dimension in the post-Soviet landscape. It’s symptomatic of something much more serious than the banal statement that ‘frozen’ conflicts sometimes become ‘thawed out.’

Of course, it would be an exaggeration to link the present escalation in Nagorno-Karabakh with the ‘clash of civilizations,’ or attempts of ‘our excellent partners’ – in full accordance with the testimony of Zbigniew Brzezinski – to carve out a ‘Middle Eastern arc of instability’ towards the ‘North,’ while preventing its reversion to the ‘South’ and ‘West.’ For the Karabakh conflict is too unique and singular, to be subsumed to any specific paradigm.

The intensification of the Nagorno-Karabakh conflict, at the very least, indicates the trajectory of the post-Soviet landscape. The so-called ‘garland’ of ‘frozen’ conflicts, which is entangling Russia with obligations to its post-Soviet members from the west in the south, (which, incidentally, manifested themselves in the course of the escalation in Karabakh) will be indicative of both Russia’s foreign policy and its economic possibilities. For every conflict requires resources and the main question is: what requires more resources, ‘frozen’ conflicts or a conflict resolved in favour of one side or another?

The real question is: to what extend are the ‘ends worth the means’ to waste Russia’s resources for the sake of only impeding the process whereby old territory is divided anew? And: to what extent is a strategy of ‘freezing’ post-Soviet conflicts even viable?

And yet its impossible not to see that only the prompt actions of the Kremlin were capable of limiting the escalation of hostilities in Nagorno-Karabakh. The vast majority of big players and their vassals actually encouraged an intensification of hostilities. Even Yerevan and Baku were not especially reluctant to ‘make war,’ which would hopefully distract the public during difficult economic times. In essence, Moscow was the sole power which strongly advocated returning the conflict to a ‘frozen’ state.

Certainly from a humanitarian point of view, the task of precluding an inevitable inter-ethnic conflict was more important than anything else, but Russia hardly seemed capable of finding a solution on its own.

Certainly, those cases came at a significant political cost for Russia, though not more than the ‘legally defensible’ reunification of Crimea. But what’s unavoidable is that any actions by Russia to improve its geo-political position will inevitaby all have substantial costs. The question is: should these costs be incurred by a ‘premptive,’ or ‘reactive’ strike?

From an objective point of view, this opportunity to ‘re-structure’ the landscape, which legitimized the status quo for a long time, resolved the greatest challenge: that the risk of armed conflict in the Georgio-Abkhazian and Georgio-South Ossetian conflicts today is ‘zero.’ In essence, this possibility doesn’t existed. Just as there is no chance of any large-scale military action or severe humanitarian multi-ethnic or political conflicts in Crimea.

However, this is in contrast to the situation in Transnistria, which is ready to explode into a violent, indeed multilateral conflict. Or the ‘decomposition’ on the border between Uzbekistan and Kyrgyzstan. And that’s not to speak of the situation in the Kharabakh conflict: a new ‘solidification,’ which occurred ‘conditionally’ into a state of affairs in which its participants aren’t convinced of the exhaustion of a military solution.

One can only guess how many lives Russian leadership saved in 2008 and 2014. But one can’t doubt that the ‘price’ which our country was obligated to pay for the ‘crystallization’ of our new territorial and political status quo, was significantly lower than what would have to be paid if we undertook the process of ‘freezing.’ Only ‘hardline’ liberals have any doubts about this.

It is important that whatever the situation may be in the Russian-recognized former Georgian autonomous regions – and whatever the situation in Crimea – they’re currently virtually impossible to manipulate from without. Certainly, the circumstances within these regions are demanding and not wholly advantageous, but this is a result of exceptional internal factors which can be gradually resolved.

The situation in Transnistria, ethnic tensions in Osh and the Fergana Valley, the Karabakh conflict, the circumstances on the Tajik-Afghan border, the difficult situation in Gorno-Badakhshan where the last ’round’ of fighting against the Islamic opposition only recently intensified, are all unmistakably unique. These, and most other ‘frozen’ conflicts are very vulnerable to various forms of political and information manipulation if one doesn’t have their ‘ear to the ground.’ This is a sphere where ‘our excellent partners’ are masters. And if there is the smallest suspicion that these manipulations are necessary for ‘restraining’ Russia, our partners allow them, without any remorse. Of course, its not assumed they will act as tactlessly as R.T. Erdogan. Hopefully, considering a number of regions are undergoing large-scale changes in government.

After all, one has to look the truth in the face. Russia doesn’t have the means to, both modernize itself, and to continue politically ‘frozen’ conflicts in the post-Soviet landscape. Especially considering the voracity with which post-Soviet states are becoming ‘commodity renters.’ Russia must choose one option or the other.

This is not to say that Russia should forcefully change the territorial and political status quo on the post-Soviet landscape. But nor does it mean that Russia should assume the burden of this reorganization. However, Moscow should have the presence of mind to show her partners that these options are part of her political, and stability-projecting arsenal.

This in itself will be a good start.

Author – Professor at the Higher School of Economics.