SouthFront: Analysis & Intelligence contributor, HB, provides his view on the economic part of the Russian-Turkish crsis. 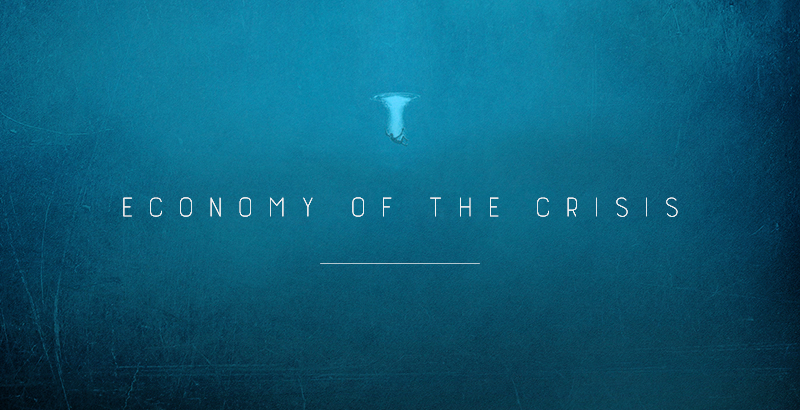 Russia has imposed sanctions on Turkey and threatens to intruduce more sanctions in the future,  since the Turkish Air-Force shot down a Russian Sukhoi SU-24M bomber aircraft near the Syria-Turkey border on 24 November 2015. So far the sanctions imposed include a ban on imports from Turkey including food, a travel ban as well as the halting of a number of government co-operation programs. Big programs like the Turk Stream Pipeline Project which was designed to carry gas in to Europe as well as the building of Turkey´s first nuclear reactor are now in a state of uncertainty. Much has been written about the deteriorating Russo-Turk relations and what implications they will have for the two countries.

Philippe Dauba-Pantanacce, Senior Global Economist at Standard Chartered is reported to have said that the economic ties between the two countries are mainly about turism and gas. He asserts that as much as Turkey is dependent on Russian Gas, Russia is dependent on Turkey as a customer for gas. He proclaims that Russia could not afford to lose Turkey as a customer for oil and gas. As with respect to tourism Philippe points out its exactly  the other way around, little to lose for Russia but a lot for Turkey.

Four and a half million Russians travelled to Turkey last year. Russia is the source for almost 60% of Turkish gas-imports and 30% of its oil-imports come from Russia. Turkish exports to Russia are mainly meat and fruit but in insignificant quantities compared to the oil imports. Although importing Turkish food has become increasingly important for Russia after it imposed a ban on imports from western countries as a retaliation to the western sanctions imposed on Russia in connection to the ongoing dispute about Ukraine and the Crimea. The current low oil prices are extremely damaging to Russia as oil is around 60% of its exports. Around 5% of that goes to Turkey which makes Turkey the 5th largest importer of Russian oil. Timothy Ash, a strategist at the financial firm Demora is reported to have said that Russia would be a big looser if Turkey decided to diversify away from Russia like the Ukraine has done. Ukraine currently imports around 3,5% of the Russian oil exported.

Putin however appears firm on the issue threatening more sanctions to come. The president of the Turkish Board for Economic  Foreign Relations Omer Cihad Vardan claimes Turkey will not be seriously affected by them. Some experts have expressed their believes that the tensions between the two countries will inevitably be de-escaladed since the two countries are simply too economically dependent on each other.

However in order to make a reasonable assessment of the implications of these states of affairs, it is necessary to look beyond the economic ties between just these two countries and widen the scope a little.

In a previous article I explained Kissinger´s view of the importance of Iran for future peace and the stabilisation of the Middle East. Kissinger is also not alone among senior U.S. strategist to recognize the importance of establishing a better relationship with Iran. At the Global Security Forum in 2012, Zbigniew Brzezinski  former National Security Advicer to the U.S. explained that it is important not to give Iran the choice between economical stangulation and total capitulation, that would simply not be an effective strategy for the United States. He maintained that although a war with Iran could be ignited in a number of ways appart from an Israeli attack, other methods should be tried first . Brzezinski suggested back in 2012 that the U.S.A.  should negotiate an Iran nuclear program on behalf of the international community in an effort to promote political change in Iran.

Lt. Gen. Brent Scowcroft explained at the same event that the biggest change with regards to Turkey was that in recent years it no longer turns 90% to the west, it has turned eastwards. Turkey just isn´t as a comfortable ally to the U.S. as has been true in the past, although still important for sure. The U.S. also opposed Turkey becoming so over dependent on Russia for oil in the 1990´s.

As I also explained in my prevoious article, for the U.S. to bully Iran in to a better relationship using pre 1973 coldwar- tactics would be a rather bleak scenario. However, in that article I also pointed out that Kissinger was maybe  leaving a window for a possible deal with Russia.  If that where to become reality, there would be no need to return to coldwar tactics in the Middle East, but it would call for a new balance between the three eastern empires, Russia,Turkey and Iran. It is in this context I think the trade relationship between Russia and Turkey needs to be viewed for a better understanding.

In Mars 2013 the Center for strategic and International Studies hosted a seminar on The triangular relationship of Turkey, Russia and Iran, called “The Turkey, Russia, Iran Nexus. Driving forces and Strategies”. At this seminar it was discussed that sometimes this triangle of the old empires co-operates to impact its relations with the United States. It was then declared that the U.S. could try to influence that process in a number of ways. In this effort a team was assembled to commission papers from Russian, Turkish and Iranian experts and workshops were launched to look at the economic and energy related issues as well as issues related to political and security issues.

Stephen Flanagan, holder of the Henry Kissinger chair at the center for strategic & International studies discussed Turkish economical ties with the other two countries. He points out that Turkey is dependent on imported oil and has therefore tried to uphold a “zero problems” policy with its neighbours. They have ran into problems to implement that policy on their southern border but so far it has been implemented towards Russia. (until very recently that is)

The striking trend with regards to Turkey is the immense growth in trade with Russia for the last decade and this despite their differences over Syria.

The Turkey-Iran relations however are much more stained. But Flanagan pointed out that there could be a shift in that process, when and if western sanctions are lifted of Iran.

Bulent Aliriza the Turkey expert on the panel explained that Russia is Turkeys second biggest trading partner after Germany. Russia was in 2012 the source of 10% of all Turkish imports almost all of that in oil and Gas. That amounted to $ 33billion in 2012 with a massive imbalance towards Turkey of 25 billion. Turkey traded with Iran for a total of 15 billion, again with an imbalance towards Turkey. In 2012 Turkey imported 98% of its gas and 93% of its oil. About 58% of the gas came from Russia as well as 12% of the oil.

In 2012, 50% of the oil came from Iran, in 2013 that shrank to 41% because of pressure from the U.S.A to sanction Iran. Aliriza pointed out that the Syria crisis could be the defining factor in Turkeys relations with Iran and Russia. In the following discussion another expert explained that the biggest dispute between Russia and Turkey with regards to Energy questions are related to Turkeys role as a transit hub for the distribution of gas to Europe. The Russians have feared for years about Iranian oil and gas reaching the European market, which in a historical sense, is their traditional market. In this way he points out that Irans status as a “rogue state” has played in to Russian economic interests. The Russo-Iranian relationship has been predominantly a political one and a strong such reaching way back to before Mossadegh was overthrown in 1953. But the economic ties between the two countries are astoundingly small only amounting to a mare 3 billion. However both Iran and Russia have a stake in high energy prices as opposed to Turkey.

John Alterman explaines that Iran is currently exporting 25% of its oil to China, but he also points out that Turkish demand for oil is higher than that of China. For the moment that makes Iran much more dependent on China than vice versa. That could make Turkey a more important customer for Iran in the future when sanctions on Iran are lifted. If the Russian leadership were to co-operate more with the US he points out, then there is a chance Iran would also want to co-operate. This might be the reason why the Turkish president  of economic foreign policy claims Turkey will not be hurt by Russians sanctions despite all the imports of Russian oil and gas. Alterman further explaines that “we no longer live in a world where all countries can simply be devided in to colors like in the cold war”.

So maybe here  is a hope that the countries involved could come together and “finetune” their economic relationships with regards to energy supply and energy prices? Hopefully for the benefit of all. But that would also be a very delicate process of diplomacy. But never the less I think this is the context in which the current economic situation between Russia and Turkey must be viewed. The political and security situation is another matter which I will not go in to in this article.