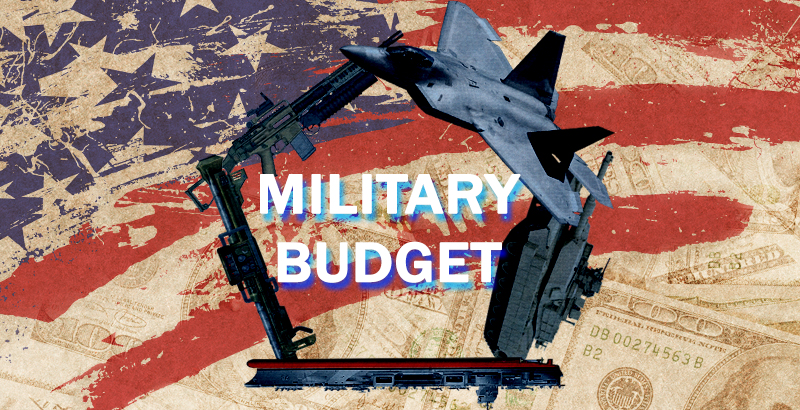 According to Forbes’ reference to an anonymous source in the Pentagon, the United States (US) may soon find itself dragged into a military conflict which Uncle Sam cannot afford. US military officials see Iran, North Korea and Russia as potential enemies and the main problem, in their opinion, is the fact that the army is not ready for conflict in any of those scenarios.

New technologies for upgrading the land military forces seriously lack financing. For example, the weekly revenue of General Motors is much higher than the annual budget which the US army can spend on military transport technical support. The US has to constantly upgrade old-fashioned military helicopters instead of buying new aircraft, since the US Air Force (USAF) simply cannot afford it.

Forbes claims that the Pentagon does not intend to modernise its military forces in the next 10 years. Mac Thornberry, Chairperson of the US Committee on Armed Services, listed five main modernisation problems in his article published in The Heritage Foundation.

First of all, the USAF lacks 4 000 technical staff and 700 pilots. Besides this, the number of aircraft which need immediate maintenance is constantly growing. Thornberry also noted that US Marine Corps pilots have only four hours of flying time instead of the required 10 hours. Finally, the personnel strength of the US army has reached a historic low. In addition, the soldiers who currently serve in the army do not meet the Strategic Defence Guidance Requirements. In other words – they are not ready for a fight.

Thus, is the US army capable of winning a serious military campaign or not? Is it ready for a real war?

On the one hand, the US military budget is high enough to both train its manpower and to produce military vehicles. The trouble is that these funds are spent irrationally.

The Pentagon invests a great amount of funds in new technologies, which often look like science-fiction objects. These include hypersonic aircraft, laser and magneto-electric cannons, super invisible jets and other futuristic projects. Meanwhile, the practical needs of the army, such as tank and artillery upgrades as well as new individual protection equipment for soldiers, lack financing.

The reason for this imbalance lies in America’s efforts to create an illusion of the invincible US army. But an illusion works fine as long as someone believes in it. The potential enemies of America have started to lose faith in this illusion. And just when the US needs to restore the ‘invincible army’ image, it does not have the money to do so.

One small defeat of American forces or a weaponry failure will be enough to break the illusion. That is why the US is not very eager to sell arms to the Ukraine or to allow any Russian-American military incidents in Syria. The consequences of such scenarios could be fatal.

Another aspect which prevents the US army from dominating is logistics. America has to maintain troop contingents in numerous distant parts of the planet. Afghanistan, Okinawa, Europe and hundreds of military bases around the world require serious funding.

As a result, American leaders face two options: they either have to withdraw US troops from some regions and cancel their futuristic military projects or the army will gradually degrade. For example, even now, Russia can attack NATO in Europe without risk of immediate defeat and in five years, the country will have more military power than the US due to the Russian arms modernisation programme.

As mentioned earlier, the current US military budget varies from $600 to $800 billion. This is a tremendous amount of money which greatly exceeds other major countries’ budgets (e.g. the amount of money Russia spends on defence is 10 times less). In view of this, it is quite surprising to hear that the Pentagon lacks financing.

In fact, the US budget is also spent in supporting some groups of the American establishment and for many other non-military purposes. Experts from the US Centre of Strategic and Budgetary Assessments (CSBA) also claim that the army is used as an instrument of classic money laundering by increasing the costs of contracts.

The classical US strategic concept is based on its technological advantage over possible enemies. In the current situation, this obviously does not work. However, Uncle Sam still considers force as the main instrument of maintaining pax Americana and the military budget continues to grow, bringing ever more problems to the country.

The money needed to fund the NRO is allocated. We can see your tanks, ships and submarines and track your air flights from orbit. WE SEE YOU IVAN.

Ok, you claim you see everything, what can you do about it? Launch some Tomahawks at 5-600 mph? You can claim you see, and you are not able to do anything about it, because outside ICBMS you have nothing that can reach thousands of miles. Ivan does, he can deploy conventional weapons from Mach 3 to hypersonic missiles and glide vehicles that can neutralize any offensive capability US provides….aka carrier battle groups.

We’ve been hearing this for decades.

Remember stationing Patriot missiles in Israel and Saudi Arabia and deploying Joint-STARS surveillance aircraft to track the launch vehicles on the ground.

However as the 1990’s rolled on the success rate dropped to 70% then 45%. Then the Israelis came out with a report that only one Scud was shot down and 46 got through.

Then the White house comes out and admits the patriot was a complete failure in the Gulf war and the Joint -Stars didn’t find a single Scud launcher.

So the amazing US all seeing eye in the sky can’t even track an Iraqi scud missile launcher in the desert and the patriot air defence system can’t shoot down a WW2 vintage rocket.

Just out of curiosity….if the US can see everything how come you don’t have satellite images of Russian AFV’s crossing the Russian border….lots of images of vehicle tracks but not a single image of an actual vehicle crossing the border?

The Pentagon spending is reflective of how US. Government is spending money overall, the main part of the federal budget goes towards social programs that have created a class (parasites, black, white, brown ..etc) that feel entitled to anything they want without working, or providing a good effort for the money. The defense complex is not immune from this mindset, selling the concept of stealth for aircraft, ships…etc, and other exotic weapon concepts that are mere black holes that that absorb huge expenditures without providing a reliable end product. Also the damming of America and the ensuing brain drain caused by globalization and displacement of major industries to foreign soils is a major hinderance for the defense complex. The defense complex is run by the Wall Street whose primary concern is exorbitant profits at the expense of everyone else. After the US placed man on the moon, the byproduct technologies and brain power contributed to the development of the fourth generation fighters and the weapons systems that have proven their veracity in various conflicts for the last three decades. There is nothing similar today that would provide a quantum leap where US can develop technologies that would translate to highly effective weapons whereby US will maintain the qualitative edge over its adversaries.

Your right of course and then factor in the fags in the military while they dress up the ROTC in red pumps is only one sympton of the degeneration of not only the military but America itself.!!!

Reading these lines one really gets to feel sorry for the poor American army. Only 600 billion dollars plus budget annually – it is understandable that there is a cry for more. There always will be. Had I military industrial company shares – I would cry, too. The problem which the US faces – its vassals are economically sucked dry, too. The collapse is hopefully immanent. Had the Western oligarchs only been a little less greedy – they could have maintained their rule further without the majority of the people even noticing what has been going on since centuries. One can only hope they don´t destroy this planet when they loose their grip to a multipolar world.

People always focus on efficiency but the real problem is our size. Our military is too large. If you try to outfit a very large army then all of that equipment immediately starts depreciating. It is enormously expensive to replace, once you do replace it, then that stuff starts depreciating. This would be expensive even if we were efficient which, of course, we are not.

The laughable thing is that people like Ted Cruz and Carly Fiorina want to INCREASE the size of our military to arbitrary levels, like the size of our air force from 4,000 to 6,000 fighters. Great, you just increased the problem I just explained by 50%. They also want to increase our infantry and navy which means more people to train and equip. These people want to turn the U.S. into the People’s Liberation Army of China.

It’s funny because Russia just went in the opposite direction. They went from having 4M troops to a total of 800K with only about 250K active troops so that they could afford to modernize their equipment. We are trading places.

It’s not only replacing equipment and depreciation but the USA has a doctrine of power projection which requires aircraft carriers and stealth aircraft. China and Russia persue a doctrine that prioritizes homeland defence.

Another thing to consider when comparing the USSR with Russia is that the USSR was a communist country that through most of it’s existence had a policy of evangelically spreading communism through struggle….Russia today is a capitalist country, they don’t have a way of life or ideology to spread at the point of a gun. No ideology to spread mean no need to project force beyond their borders unless threatened.

In fact, the US budget is also spent in supporting (((some groups))) of the (((American))) establishment and for many other (((non-military purposes))).