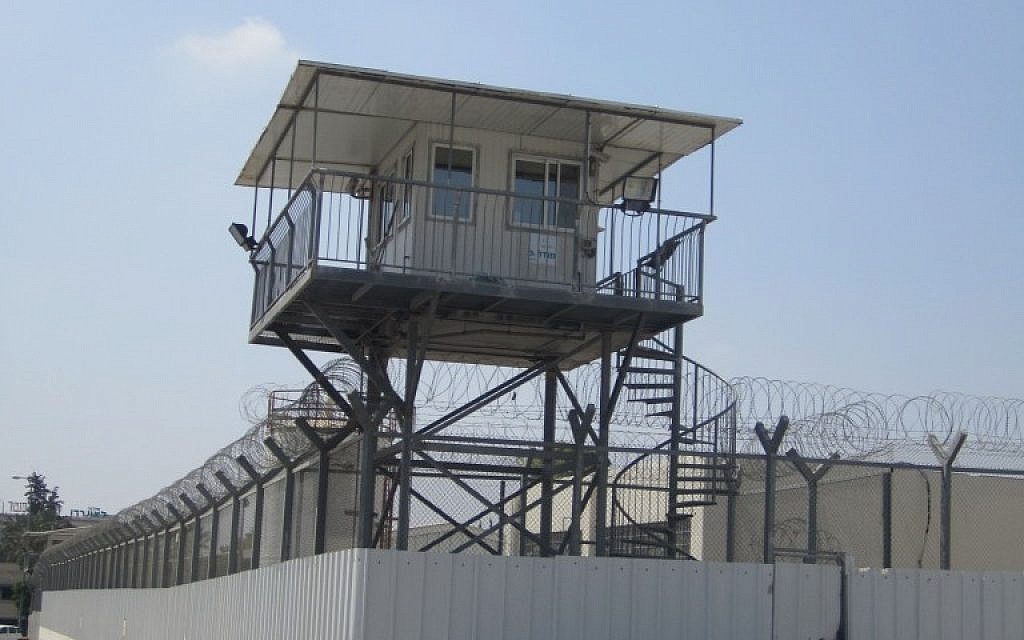 Israel will lower the prison conditions for persons charged with terrorism, making them as rigid as possible, but still in accordance with international law, the Jerusalem post reported on January 2nd. The move was described as an attempt to deter terrorists from committing acts of violence against Israelis.

“We will not be deterred by threats and hunger strikes,” Strategic Affairs and Public Security Minister Gilad Erdan announced on at a press conference. “Making the terrorists’ conditions worse is necessary both to create deterrence and to fulfill our moral duty to terror victims and their families.”

Erdan explained that security and criminal prisoners should be treated differently.

“When it comes to security prisoners, one of the main goals of imprisonment, rehabilitation, does not exist, because prisoners are infused with a terrorist ideology that does not regret their actions,” he said.

For example, prisoners from the Fatah and Hamas factions will no longer be separated in the Israeli prisons, despite tensions that often result in deaths between the groups. Earlier, they were held in cells according to their affiliation, which, Erdan says, only cemented the bonds within the respective groups, “strengthening their organization identity.”

Security prisoners will also not be allowed to cook for themselves inside the wards, because this was an “unfair advantage” over criminal prisoners. “Every so often, infuriating pictures appear of cooking in the terrorist wings. The party is over,” Erdan said.

Cooking appliances and utensils will be confiscated and the “canteen money” prisoners receive from rights organizations and relatives will be drastically reduced.

Showers would also be removed from prisoner wings and access to them would be restricted.

Family visits will also be limited and Israeli MPs will be completely banned from visiting Palestinian detainees in prison.

“Seven months ago, Erdan set up a committee to determine what steps Israel could take to make incarceration conditions harsher for those who committed acts of terrorism. He decided to fully comply with the recommendations.

Some of the recommendations include reducing water consumption for prisoners, cutting potential canteen allotment in prison and mixing Hamas and Fatah prisoners in the same wing,” the Jerusalem post reported.

Convicted terrorists reportedly often keep the water faucets open all day “as an act of defiance against the state,” according to Erdan. Sometimes this means that a “Palestinian terrorist” wastes five times more water than an Israeli citizen.

“Qadri Abubaker, the head of the Prisoners’ Commission, called on the Palestinian public, media, officials, and rights advocates to firmly oppose the new restrictions “to expose these arrogant policies,” as cited by Palestinian news agency Wafa.”

The Palestinian Prisoner Society accused Erdan of using the crackdown to improve his image leading up to the April 9th elections.

“What Erdan has announced regarding his recommendation to take away what the prisoners have fought for is a nothing more than political bankruptcy in which the prisoners are used as an election auction between candidates of the Israeli parties,” Qaddoura Faris, head of PPS, told Wafa.”

In 2012, a MSNBC show “Lockup: World Tour,” visited Israeli prisons and called them “prisoners’ paradise.” The show claimed that due to these good conditions, second-time offenders are at a low and that people really do get reformed inside. Whether harsher conditions would deter from violence and “terrorism” is, however, questionable.

It’s not about “deterrence”. It’s about punishment and revenge. Israeli Jews have forgotten that they are supposed to be righteous but they are stopping short of outright extermination, perhaps because of the obvious comparison to a previous extermination that is used as the raison d’etre for the continued existence of Israel.

They will get there eventually. There’s a reason why those who were abused become abusers themselves. And they will not see the similarities, and/or think of it as righteous.

THAT in itself is the biggest tragedy.

Seriously, there is no Pisrael, these Khazar vermin are hardly the Biblical Arab Jews or Sephardi or Mizrahi. These parasites were planted by the British devious gits to create permanent conflict in the Middle east and loot Arab OIL. Like all other imperialist pipe dreams these Zionists cancerous arseholes will bite the dust sooner than most think. Their NAZI mentors and their Reich was supposed to last 1000 years and the Apartheid regime of mostly Dutch Afrikaner morons lasted barely 200 years. They also tried every brutal tactic but failed. The Palestinians need to unite and wage an endless war of national liberation.

The Nationalist Party took power in 1948 and was in power in South Africa until April, 1994 when the African National Congress (ANC) won in the first democratic election when all South Africans over 18 were allowed to vote.

The (mostly) white Afrikaaner National Party could have held on to power for at least another 15 years. It was a voluntary surrender that spared the people of South Africa a protracted civil war.

At least get your facts right.

While I do agree that Zionism is evil, it’s not helpful to spew a bunch of vitriol in a forum like this. Make a point, backed up with evidence, citations and so forth and you’ll get far more respect. A scholarly approach beats stringing together a number of well-worn conspiracy platitudes.

The UK papers are full again with accounts of Germans being nasty towards them. This happens every time that Jews are being criticised for their medieval actions against Palestinians and their usury all over the globe.

If Fatah and Hamas have any sense, they will use this opportunity to unite against the Israeli’s , within and without the prison walls.

“in accordance with international law” They don’t understand the concept.

The AshkeNAZI are worse than their NAZI mentors. These western welfare “Jews” are commenting the only real holocaust in Palestine. However, like their Nazi and Apartheid role models these Khazar vermin are doomed. Palestine will be free.

When you use the word “Nazi” just remember that it was not one that Germans used for the NSDAP themselves. It’s a perjurative title that the Allies invented. The National Socialist Democratic Workers’ Party was one of the most inaptly named organisations that has ever existed. It was a Party, but none of the other words were accurate or descriptive of the nature of that Party.

Also, remember that the German Fascists got a lot of their ideas about race and racial descrimination from the USA, as did the Afrikaaner Nationalists in South Africa. It’s not as if America invented racism, but America certainly perfected it.

I do. Because A: stooping to the same kind of levels by the guards and/or justice system is bad for one’s own soul. Do we really want to have people in our society who are no different then the people who they guard? The only thing worse then a criminal or thug is a criminal or thug with a badge. And B: you treat people like animals they become animals. We see this in American prisons, which have become institutions of higher learning into becoming hardened criminals. Organized crime syndicates that originate from prison gangs dominate crime outside the prisons as well. Eventually prisoners get out, and what kind of person would you rather have on the streets? One who was treated well, holds no resentment and wants to become a better person, or a hardened killer ready again to inflict more terror on society?

The main problem in British jails , is that many inmates are certified as mentally ill in various ways but are still in a normal prison. I realise that the definition of mental illness has been politicised for centuries, even millennia, but there are certain amoral types who have the morals of a poisonous snake and they need to be kept isolated from society.

It is also true to say I think, that a person who freely opts to be a prison warder/guard is effectively choosing to spend his/her working days behind bars. This is for many reasons I am sure but some will relish the power,in all its manifestations, over those without even the power to open their own doors and choose when they get up in the mornings.

True, some people should just never be returned to society, no matter the prison regime. That still doesn’t mean we should turn prisons into Mad Max Thunderdome, survival of the fittest. If only because turning them in institutions for higher education into becoming better hardened criminals or terrorists is not beneficial for society in the long run. Don’t get me wrong, morally I like the idea of criminals suffering for their crimes, but I also adhere to the principle that its better to resolve a problem then to be right.

As for prison guards, a friend of mine was one for several years. He never struck me as the type who relished power over other people. Then again Dutch prisons are holiday resorts compared to US prisons. I do know to him it was a job. And he needed one and felt that considering his education and what life had offered up to him till then that was his best option.

A broad , continuing and un-politicised education is the key to all our ills in my opinion. Irrespective of what has happened in the past.

It encourages debate and even reappraising past opinions that fresh evidence casts doubt on.

People are sent to prison AS punishment, not FOR punishment. The mere fact that they are denied freedom of choice and freedom of association is considered, by civilised people, to be sufficient punishment. Restricting people from doing the things that free people are able to do is quite enough. Using prisoners for slave labour or torturing them is neither effective nor humane.

The UK prisons are like 3-star hotels; that is what drives me mad + of course they have immediate medical help ranging from a small wound to transgender surgery ++++

With some luck, someday it will be the Jews in the camps.

As I was reading this it struck me what it must be like to be in a prison where none of the guards has a conscience, the governor does not have a conscience and where no-one anywhere in the system has a conscience, Where they are indifferent to any cruelty and suffering they inflict, where they would just crush you like a cockroach if they could and then just go home to dinner. You would have to be very strong to survive that daily confrontation with sanctimonious psychopathy.

Most of the resistance don´t go to jail……they die…..and they know it……….

Most of the palestinians in zionists jails are, boys, women and inocent people…………

the subjugation of the palestinians by the israelis has been around far too long, what with running a bergenbelsen like concentration camp for the indigenous population, thieving lik there is no tomorrow (and there is and will be a tomorrow and the israelis will answer for every evil deed they have planned and committed during the last 120 years) and murdering and starving and genociding an entire people, so far with impunity, but and rest assured, israel will be discontinued and the thieves and murderers either before the ICC or swimming for their lives towards the moronic states -what a larf that will be!

Listen. US/UK could have resolved this issue at any moment during 70 years. When they have not done it, its because the fight and violence Palestine/Israel fits them well.

Israel has in principle no influence on the matter, because it is US/UK who allows it.