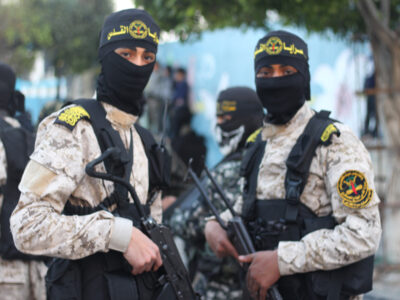 The spring of 2022 according to the Gregorian calendar marked the revival of the Palestinian resistance in the West Bank. Thanks to the efforts of the Palestinian Islamic Jihad (PIJ), Hamas and the Al-Aqsa Martyrs Brigades, we can safely say that all the plans of the Zionist regime to annex the third shrine of Islam have completely failed. In addition to the armed resistance, it is worth highlighting the brave Palestinian youth who selflessly defend the holy mosque from hordes of Satanists every day.

Meanwhile, studies show that the Palestinian Jihad movement is expanding its influence in the West Bank. The military wing of the organization announced the formation of armed groups in a number of cities – Jenin, Nablus, Tulkarm, Tubas*. The representative of the Islamic Jihad, Sheikh Khader Adnan, explained that “the model of resistance in Jenin has become a source of inspiration for all the Palestinian territories.” Thus, we are witnessing an uprising not only against the occupation, but also against the dictatorship of the “Palestinian Authority”. Another leader of the PIJ, Ahmed Al-Mudallal, noted “that the inability of the occupation forces to arrest the resistance members occurred as a result of the strong experience of the resistance fighters from the Jenin Battalion.” 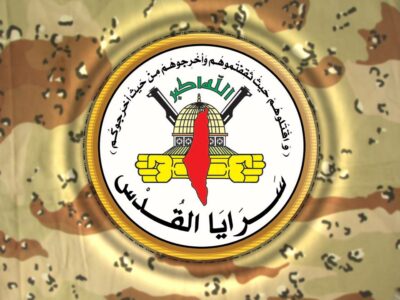 The activation of the military wing of the Palestinian Islamic Jihad in the West Bank demonstrated not only a gap in the defense of Zionism, but also the strong will of the Palestinian people to resist and liberate their land. In this regard, analyst Bassem Abu Attaya notes that “the decision of the occupying army to liquidate the Jenin Battalion was unsuccessful, since the resistance never depended on people or organizations. The occupiers cannot put an end to the idea of jihad carried by every Palestinian.” Security and strategy expert Dr. Mahmoud Al-Ajrami noted: “The Al-Quds Brigades preserve the Palestinian geographical and demographic national unity, because what is happening in the West Bank, in Jenin and in the occupied interior territories means Gaza and the entire Palestinian people, and vice versa.”( this means a common front against the colonialists).

The main command of the Al-Quds Brigade in the West Bank demonstrated the wonders of military tactics. In a matter of days, they were able to create two directions of resistance at once. 1 – the creation of branches in Palestinian cities, 2 – the creation of an operational headquarters, which includes local leading resistance groups. (For example, organizations such as the Al-Aqsa Martyrs Brigade have announced that they are in alliance with the Saraya Al-Quds and fully coordinate their actions). In addition to the amazing work of the organizational structure of the Palestinian jihad, we are witnessing the failure of Aman and Mossad and the next success of the IRGC and Hezbollah. The appearance of weapons among supporters of the Palestinian Jihad speaks of the coordinated work of the whole system of agents of the Axis of Resistance. The Iranians created a corridor for arms supplies from Syria through Jordan to the West Bank, and at the same time the intelligence apparatus of the Palestinian Islamic Jihad penetrated the Fatah camp in order to gain access to weapons for the resistance brigades. 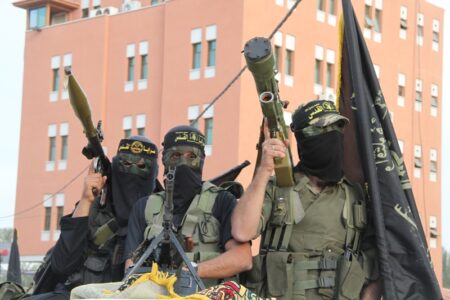 Time has shown that the Palestinian Islamic Jihad continues to steadfastly defend revolutionary principles and adhere to the idea of armed struggle against the occupiers (for more than forty years!), the organization is far from local party struggle and “social populism”, the PIJ simply takes up arms and fights. Undoubtedly, the military potential of the Saraya Al-Quds will continue to grow**, and the cultural and educational activities of the political wing of the party will certainly affect the rest of the Palestinian population, even despite the fierce opposition of the Zionist regime and its henchmen. In fact, we have witnessed the rejuvenation of the oldest Islamic resistance organization and the acquisition of a “second wind” of veterans of the movement.

It is worth noting that the revival of Palestinian resistance in Jenin is not only coordinated actions in connection with the regional political situation, the spirit of revolution of local residents is the result of strong relations with the Islamic Republic of Iran. Zionism was stunned when the Palestinians, in the midst of the first intifada, raised slogans and images of the legendary Imam Khomeini (may the gates of Paradise open before him), it is important to recall here that it was the martyr Fathi Shakaki (may the gates of Paradise open before him) who created the branch of the Palestinian Islamic jihad in Jenin. The works of the great leaders of the Ummah have not been left out of history, and today Jenin is the standard-bearer of jihad in the West Bank.

The growing influence of the Palestinian Jihad was not limited to the West Bank and the Gaza Strip, it became known that in some Palestinian refugee camps in Lebanon and Syria, the organization became a leading political force.

* – In mid-July, the Al-Quds Brigade announced the creation of the “Tubas Brigade” in honor of the city of the same name in the West Bank.

** – The head of Islamic Jihad, Ziyad Nahala, told back in 2020 that “thousands of Palestinian fighters were trained in specially designated camps created by the former commander of the IRGC “Quds” forces, General Qassem Suleimani. The fighters were transported from the West Bank and Gaza to these camps.”

It’s so heartbreaking to know that some Muslim brother countries has abandoned the Palestinians who also formed military alliance with the chosenites, Iran, Syria, and Lebanon are the only countries left they could rely on.

They are not abandonned. Your supporters dont devllop things and by that produce almost nothing to supporting themself.

I dont care much anymore. Hard facts has confirmed that. Some didnt learn from 1968 and inisted in 1973.

Since then Israel has had no ears. None there can accept they all should leave or palestine runned by people semilar to whats going on in Syria as well as Lebanon.

In the arabic world jews pr definition are secondclass or lower.

Shitskin hebrews ARE born to be dogs and slaves.

The famed Roman orator and senator Cicero blatantly stated as such about those bestial subhumans.

The last stage didn’t go so well. They ended up buried below their own tunnels.

NATO
Reply to  Muhammad your Prophet

israel with it is tanks and fighter jet can’t eliminate the threat of a bunch of crazy guys with Ak-47, cannot protect it is gays jewish citizens and cannot hold a grip on a territory less than 20,000 sq km and yet they still call it a state. give us back our money, guns and gays you f*** unreliable jew.

Just like tens of thousands of kikeroach shitskins ended up buried under “muh Second Temple” when Titus and his Roman Legions sacked it?

PA Hamas and IJ are disunited—this benefits USA and Israel

the PA has to be replaced. The PA is an arm of the occupier

Just nuke Jerusalem already. Let it hit the ground and the crater will pulverize the wall, the mosque and the stone.

Resistance ???? Killing innocent people while being the most spoilt Arabs in the whole Middle East… We really live in a strange world ….