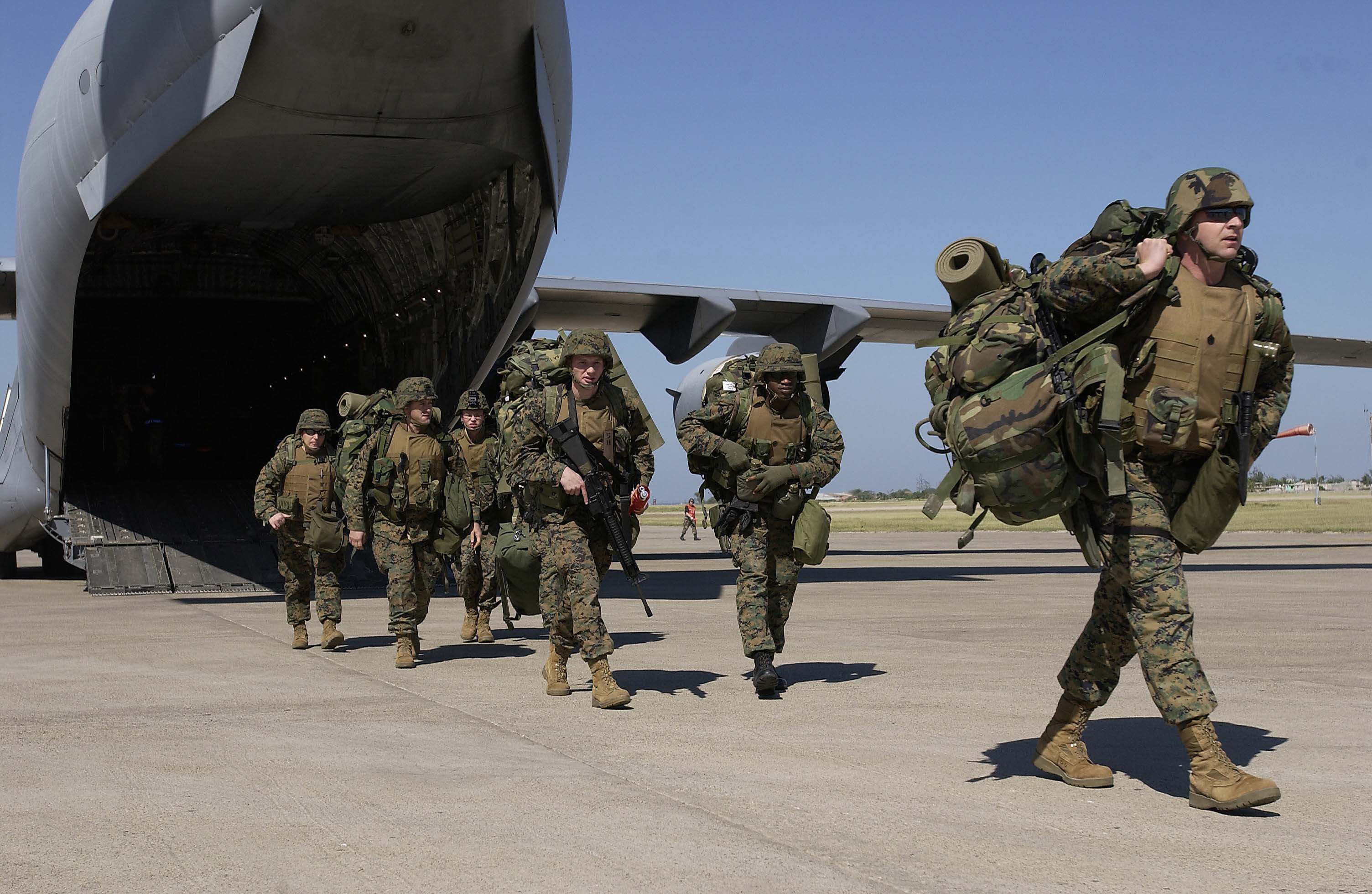 A recommendable New York Times piece looks at the mostly hidden way the U.S. is now waging wars. The example is Somalia, where the U.S. has been at war with the people of that country for over 25 years. But, as the authors note, the same modus operandi applies elsewhere.

The Obama administration has intensified a clandestine war in Somalia over the past year, using Special Operations troops, airstrikes, private contractors and African allies in an escalating campaign against Islamist militants in the anarchic Horn of Africa nation.

Would that “anarchic” nation Somalia still be “anarchic” if the U.S. would end its endless fighting there? That is very unlikely. Without outer interference Somalia would have been peaceful again many years ago. But the war continues, run not with regular U.S. forces, but with mercenaries, proxies, drones and a few U.S. Special Forces.

Somalia is an example of the “failed states” the U.S. now creates wherever it goes. A “failed state” then justifies further involvement. The “model” applies around the world:

The Somalia campaign is a blueprint for warfare that President Obama has embraced and will pass along to his successor. It is a model the United States now employs across the Middle East and North Africa — from Syria to Libya — despite the president’s stated aversion to American “boots on the ground” in the world’s war zones. This year alone, the United States has carried out airstrikes in seven countries and conducted Special Operations missions in many more.

Such wars are mostly “off the book”. Congressional oversight does not happen for them as the impact within the U.S. is too small. The media are practically excluded. The money comes out of secret CIA and special forces accounts or is shaken out of some friendly U.S. client state like Saudi Arabia. No one will find out what methods of force or “interrogation” are used and as those prisoners vanish in some local warlord’s dungeon, no one is likely to ever find out:

About 200 to 300 American Special Operations troops work with soldiers from Somalia and other African nations like Kenya and Uganda to carry out more than a half-dozen raids per month, according to senior American military officials. The operations are a combination of ground raids and drone strikes.

The Navy’s classified SEAL Team 6 has been heavily involved in many of these operations.

Once ground operations are complete, American troops working with Somali forces often interrogate prisoners at temporary screening facilities, including one in Puntland, a state in northern Somalia, before the detainees are transferred to more permanent Somali-run prisons, American military officials said.

Force is applied willy-nilly. It doesn’t matter much who gets hit or why. Lack of local knowledge, language and politics are the norm. No one ever gets punished for getting things wrong:

[A]n airstrike last month killed more than a dozen Somali government soldiers, who were American allies against the Shabab.Outraged Somali officials said the Americans had been duped by clan rivals and fed bad intelligence, laying bare the complexities of waging a shadow war in Somalia.

The responsibilities that legally come with warfare are handed off to private parties. The use of mercenaries prevents accountability:

At an old Russian fighter jet base in Baledogle, about 70 miles from the Somali capital, Mogadishu, American Marines and private contractors are working to build up a Somali military unit designed to combat the Shabab throughout the country.Soldiers for the military unit, called Danab, which means lightning in Somali, are recruited by employees of Bancroft Global Development, a Washington-based company that for years has worked with the State Department to train African Union troops and embed with them on military operations inside Somalia.

Michael Stock, the company’s founder, said the Danab recruits received initial training at a facility in Mogadishu before they were sent to Baledogle, where they go through months of training by the Marines. Bancroft advisers then accompany the Somali fighters on missions.

What the piece misses are the media measures – or propaganda – which accompanies all such U.S. campaigns. That is not unwittingly as the NYT is always an integral part of such campaigns. The usual justification is “terrorism” or the “moral” need to eliminate a “brutal regime”. The piece accordingly list a few alleged terrorism incidents with origin in Somalia to justify the massive, decades long uprooting of a whole country.

The scheme visible in Somalia is the same one that is applied in Libya, in Syria and in the Ukraine. The U.S. hires some group willing to wage war for a decent pay, lots of weapons and a chance to – may be – reach a lot of power for itself. It sends some mercenary company to “train” those forces, PR agencies get hired to provide the necessary media background, U.S. military forces are silently involved but only from far away via drones, or in mini special force formation that train and direct the local proxies.

The CIA is usually in the lead with the U.S. military providing firepower as needed. The State Department handles the diplomatic hurdles, pampers the proxies and so called allies and, together with the Treasury, generously applies devastating sanctions to bend the people to its will.

The methods are not dissimilar to those used during the last century mainly in south America. But the wars are now more open with more brute force applied.

The big question for the rest of the world is how such mostly hidden wars can be countered. They are very difficult to win by force on the ground. The U.S. will not change course because a few of its mercenaries get eliminated. The obvious answer is to increase the price the U.S. directly has to pay. The hurt must be painful enough to raise above the public negligence level that usually applies. Terrorism within the U.S. can and has been used. But I expect new, more subtle methods to be a part of the future answer. The cyber realm is ideal for asymmetric forces. A few knowledgeable fighters are sufficient. To counter them is difficult. The U.S. is probable the most sensitive target for cyber mayhem while the nations the U.S. attacks are mostly insensitive to such attacks.

No matter of what new ways of war the U.S. applies. Those attacked will always find ways to hit back.