The leading analysts repeatedly stated that the U.S. has failed to overthrow President Bashar Assad. Recently, The National Interest reporter and researcher, Doug Bandow, has made sure of it during his trip to Damascus. He claims “at long last, the conflict is winding down. Assad has won, and Washington has lost, and America’s approach has been a disastrous failure.’ Meanwhile, the Trump administration is considering the possibility of changing the current political course that previously hasn’t led to any success. Today a new strategy for the war in Syria has been hastily worked out. According to Stratfor, an American geopolitical intelligence platform and publisher, the U.S. is focused on the full withdrawal of the Iranian military and their proxies from Syria, as well as on changing the current Syrian government.

The ‘war strategy’ particularly highlights the Russian and Iranian approach. However, the United States could hardly be expected to force Moscow and Tehran to leave Syria, as these states are acting officially involved in fighting terrorism at the invitation of the Syrian President. Due to allies’ support, the Syrian Arab Army is now controlling more than 60% of the territory and is going to liberate the Idlib enclave soon as well as the areas occupied by the U.S. and Turkey.

It’s worth noting that the U.S. has illegally deployed at least ten military bases in northeastern Syria. These territories are under the Kurdish control and are rich in natural resources such as gas and oil. Moreover, in September 2018, the U.S. forces have started setting up two additional military bases in al-Qamishli region in al-Hasaka province.

According to the new strategy, Washington intends to preserve its influence in the area by resolving two missions simultaneously. First, it is planned to carry out total control over gas and oil deposits for the American corporations. Second, continue to destabilize the situation until power in the country is changed.

Besides, one more U.S. military base is located in al-Tanf not far from the state border with Iraq and Jordan and near the al-Rukban refugee camp. The U.S. SOF trains opposition fighters there. Initially, the Pentagon planned to occupy the whole region of southeastern Syria, but the SAA backed by Iraq had derailed the U.S. plans by connecting western Syria with the Syrian-Iraqi border north to al-Tanf.

To sum up, the Pentagon controls about 30% of territories in northeastern and southern Syria. Another 10% of northwestern Syria is under control of the Turkish army and its military formations.

By the way, some Middle East experts are sceptical about the new U.S. strategy in Syria. They believe that the U.S.-designed plans will fail as Washington has not been able to overthrow Assad for years of the conflict. The also suppose that fighting terrorism and a possible risk for their motherland being transformed into another Libya consolidated the Syrian nation most of which trust their leader. After all, people have stopped to believe the information transmitted by Al-Jazeera and Al-Arabiya.

The plan to drive Iran out is also hardly possible. Washington is not ready for confrontation with Tehran and is likely to limit itself to economic and diplomatic solutions.

However, we should not expect the US military to leave Syria. The White House won’t take that step. Otherwise, it could lose the influence in the region and American corporations would be deprived of income. President Trump is interested in gaining economic benefits of the U.S. oil companies’ presence in northern Syria. Consequently, it is too early to speak about the withdrawal of the U.S. troops. There have been no serious prerequisites.

The U.S. will have to leave the country only when Assad regains control over Idlib and establishes the dialogue with Kurds. Such a development is possible only in long-term perspective.

That is why the current task for the Syrian army is the restoration of peace in Idlib Governorate that is currently run by the Hayat Tahrir al-Sham, Huras al-Din and other radical groups.

The government forces have already prepared for the offensive. The large-scale military operation is to begin if the jihadists reject leaving the buffer zone under the Russian-Turkish arrangement.

One can wonder, what strategic interests could the U.S possibly have in destabilizing Syria to become a failed state like Libya and Afghanistan? The simple answer to that question is none whatsoever. Then the second logical question would be who could possibly benefit from an unstable Syria divided amongst various terrorist groups which would give a pretext for someone to occupy a part of Syria for “security” reasons …?

It all comes down to the U.S. and its stooges, against China, Russia, Iran for primacy in the 21st century and beyond. China is usurping the entire global monetary scheme cultivated in the west by largly Jewish interests.

There is no stopping China. They are preparing.

China has already, along with Russia, said that it will rebuild Syria, and Iraq too.

Stratfor is a Jew operation. So is NBC. I wouldn’t believe what they say without corroboration. There is opposition to Jewry in the US, not as much as there should be. But the no war with Iran resolution that passed unanimously is one example. http://www.thetruthseeker.co.uk/wordpress/wp-content/uploads/2017/12/Is-the-media-Jewish.jpg

There’s a lot of effort on the regime change backers part to freeze the conflict at this stage to solidify the partition of Syria. Unfortunately for them they haven’t been able to stop the Syrian government coalition from expanding areas under their control to the detriment of what the regime change backers are trying to accomplish. Shutting down Israeli air operations is one recent example. Strengthening Syria’s military and diplomatic efforts to do the same to the US and NATO should be pursued.

By continuing to improve Syria’s air defense capabilities and air force. And working with Syria’s neighbors to start curtailing US access to Syria now that the excuse of defeating Isis is no longer valid. The US doesn’t want to see it’s planes shot down with peer or superior Russian equipment. Because that would be bad for sales. And it doesn’t want to see it’s pilots end up as POWs on television.

I don’t agree with the article’s statement that Assad has won. He’s clearly winning, but he won’t have won until he regains control of all of the country as it was before the war. And that’s still a work in progress.

Only outrageous US threats prevent the SAA from finishing the job. Assad has indeed won.

re US leaving Syria

.. we all know the fat dude in the White House only acts on behalf of his masters in Tel Aviv.

The author doesn’t do a good job of suppoting his thesis. US energy corporations can make money buying oil like rest of the world vs. committing crimes against humanity and squadering trillons of taxpayer $$. Investing in alternatives like renewables is so obviously the way forward.
Trump is heavily invested in hydrocarbons and Israeli paranoia. I agree his self serving policies are doomed to fail. Syria, Russia and Iran are playing a better game.

We are all heavily invested in hydrocarbons. No “renewables” are anywhere close to replacing them. And investing in them won’t change that.

Amen to Israeli paranoia and Trump’s groveling before them.

This might be a war with no winners, just losers.
Best case scenario, Assad regains all territory and establishes the Iranian pipeline to the EU, heaps of revenue from oil transit and sales, and Syria remains whole and sovereign.
Next best scenario, Assad kicks the US out of Al-Tanf but allows them to remain in the north, he also lets Erdogan remain in Idlib, but most importantly, Assad still gets to build his Iranian pipeline. Sadly Syria is forever divided, but at least it has heaps of cash flowing in. The US and Erdogan on the other hand end up managing welfare states, though the lucky/smart US has oil in the area that would help pay for it all, but Erdogan doesn’t.
Worst case scenario, the US expand north from the base at Al-Tanf, and join forces with the Kurds in the north, annexing all of east Syria in the process. This means the Saudis have a route for their pipeline and Assad doesn’t, no cash for a divided Syria but plenty for Erdogan and Trump.
The other scenario is what we see right now, a permanently divided Syria with no pipelines at all, no cash for Erdogan or Assad, and just barely enough for Trump to pay for the Kurds security and welfare.
I don’t see any other options.

The New U.S. Strategy in Syria Is Bound to Fail. Trump Wants “Regime Change” and the Withdrawal of Iranian Forces. 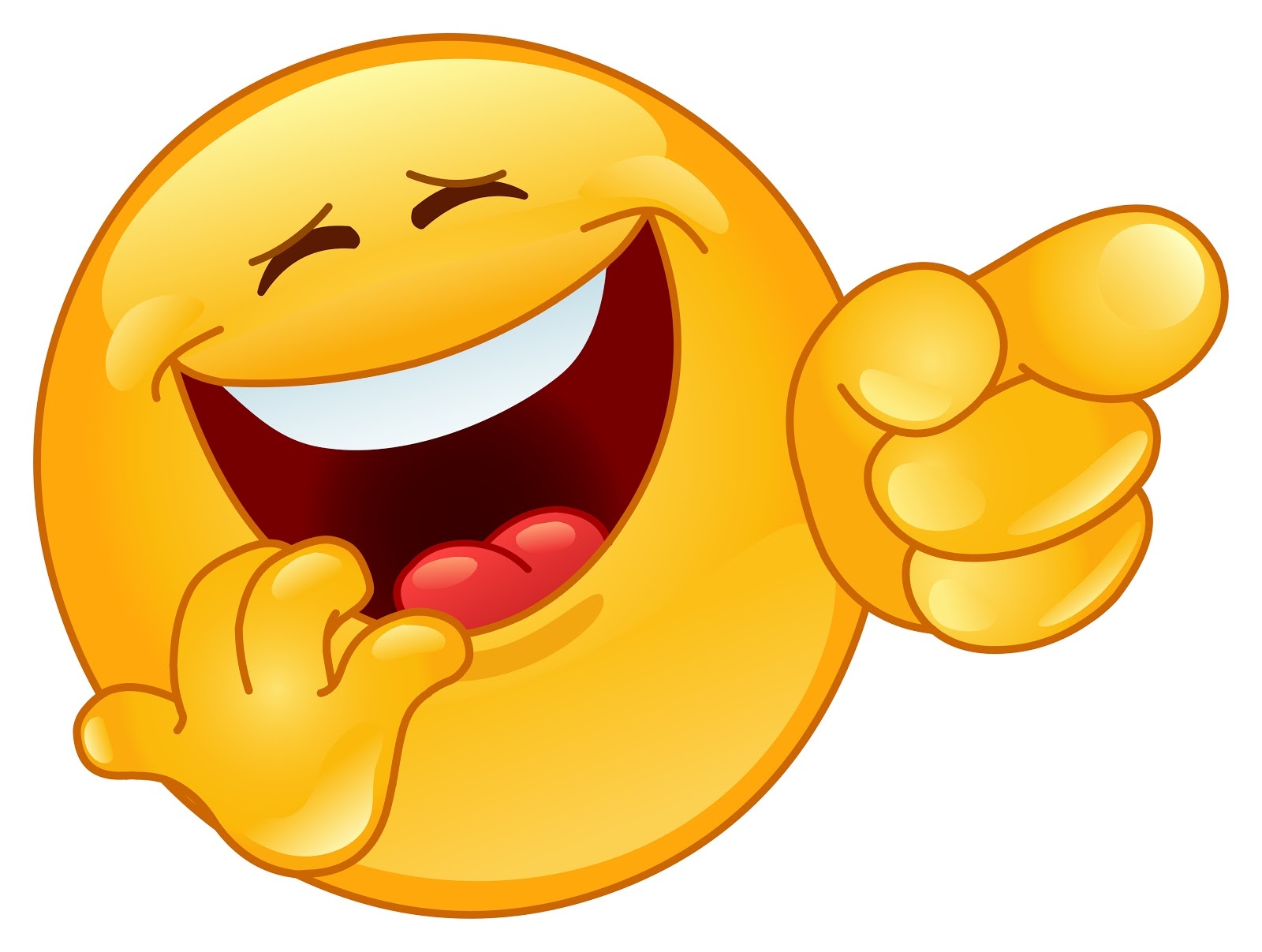 hahaha Iranian and Hezbollah will leave Syria when hell freezes over.

You guys never get it do you?
Our strategy has been a BIG success. America won, Syria lost. America won in all those countries.

I Afghanistan we controle the trade of 6000t heroine, oocupy the country China wants to use for OBOR.
In Syria we own 1/3 of Syria with the best oilfields, smashed all infrastructure so Assad is forced to usury loans from our banks.
We controle Iraq and are about to smash Iran´s society to take over their $42 trio oil/gas reserves too.

Soon we will move IMF, BIS, IBRD to the fat lamb China and harvest the wool and slice up the fat meat. American jobs are back. The dollar is stable. Saudi is being sucked dry and the sheeple are crying America lost………………………………………LOL.

How and Where in Syria har US won?

You Tommy, have a very messed up view of stability, victory and control.

“Our strategy” whos strategy?, and who are “our”, seriously, if you are part of the above stability, victory and control, then please kick me out of your…. community…..

So no Tommy, i dont get it, and i probally never will….

US strategy to keep Russia spending billions in Syria for the next 20 years appears to be working. As far as Turkey, Terrorists and S200s shooting down Russian jets, not sure that is part of the strategy but sure exposes Russia as a paper tiger.

Russia is sure supplying al-Safa ISIS like crazy. At least 4 truckloads of supplies just last week. Not sure ISIS can take any more supplies. If Russia refuses to stop supplying ISIS then ISIS will attack Russia-Syria-Iran in al-Safa.

Hasbara Trojson, ₪1 shekel has been deposited into your mother’s bank account, keep up the good work.

“US strategy to keep Russia spending billions in Syria for the next 20 years appears to be working.”

Russian strategy to keep US spending billions in Syria for the next 20 years appears to be working.

You can make up all the BS you want, but the bottom line is Syria/Iran/Russia have won, and US/Israel/UK/France/Saudi Arabia have lost, shalom.

Theres something similar between this person and Tommy Jensen, hmm, i wonder if….