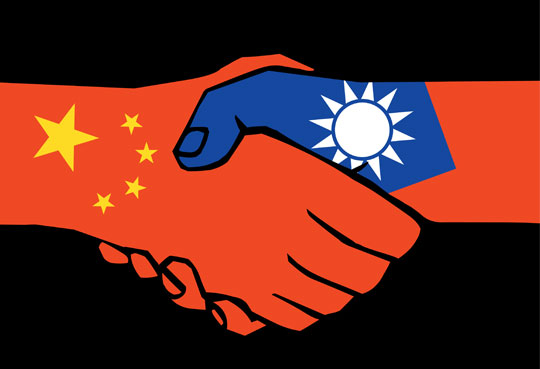 The leaders of these two countries haven’t met since the end of the Chinese Civil War in 1949.

The leaders of political rivals Taiwan and China are meeting today for the first time since Chairman Mao’s communist troops forced their nationalist enemies from the Chinese mainland 60 years ago. The talk will be held in the neutral venue of Singapore.

According to officials in Taipei, the Chinese president Xi Jinping and his Taiwanese counterpart Ma Ying-jeou meet with the intention to ‘’exchange views on promoting the peaceful development of cross-strait issues’’.

They come ahead of presidential and parliamentary elections on Taiwan which the independence-leaning Democratic Progressive Party (DPP) is favored to win, something Beijing is desperate to avoid.

China has never renounced the use of force to bring what it considers a breakaway province under its control.

But while bilateral trade, investment and tourism have blossomed – particularly since Ma and his KMT took power in 2008 – there is deep suspicion on both sides and no progress has been made on any sort of political settlement.
Beijing still officially considers Taiwan a renegade province that should be reunified with the mainland. But many Taiwanese see it as independent and are concerned at China’s growing influence.

In the Taiwanese capital, Taipei, there were protests against the talks and one group tried to enter Taiwan’s parliament building. AFP said there were arrests at Taipei’s Songshan airport as he left early on Saturday, where opponents of closer ties between Taiwan and China tried to set fire to images of the two leaders. A small group supporting Mr Ma also turned up at the airport.

State media in China have heralded the meeting, though Taiwan has had a more divided reaction where opposition parties and activists have called for Mr Ma to back out.

“The Xi-Ma meeting has excited Chinese people worldwide… Applause will be heard globally for the victory of peace and rationality,” an editorial carried in the Chinese Communist Party mouthpiece People’s Daily.
It also took issue with those opposed to the meeting in Taiwan, saying critics “are displaying jiggery-pokery from a small circle. Such extremism is bound to be stigmatized”.

In order not to offend each other the officials will address to each other as Mr. Xi and Mr. Ma, rather than Mr. President, one Chinese government official has said. According to Mr. Ma this meeting will be promoting peace and probable ways to reduce hostility such as removing Chinese missiles targeted at Taiwan.

“We hope that the leaders of the countries will move forward and take the first step in the normalization of ties,” he said.

He also added that another key goal of the meeting was to try to convince China to recognize better Taiwan in the international community.

“I am here to promise to everyone, we must be doing our best to reach the goal that we set previously, making the Taiwan Strait more peaceful, making the two sides more cooperative,” Ma told reporters before boarding his flight to Singapore.

Ma, chatting to reporters on board, as Taiwan air force jets escorted his aircraft out of Taiwan air space, said he was neither too nervous nor too relaxed about the meeting.

“This is an important task. We need to do well at every stage,” he said.