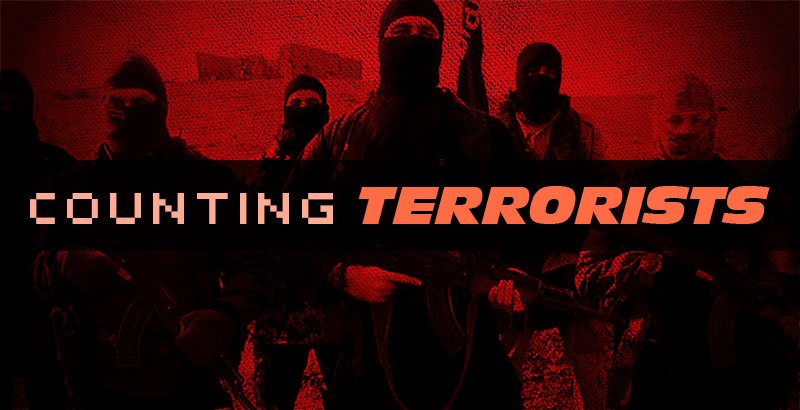 Written by Costas Ioannou exclusively for SouthFront; Based on the information of WarOnTheRocks

The estimates about the Islamic State (ISIL) fighters are extremely wide ranged. According to CNN’s Barbara Starr, “U.S. intelligence estimates that ISIL has a total force of somewhere between 9,000 to 18,000 fighters. CIA estimations about the group was between 20,000 and 31,500 fighters, in its Iraq and Syria holdings.

The director of the Syrian Observatory for Human Rights, Rami Abdel Rahman, said that ISIL has more than 50,000 fighters in Syria alone. According to the Russian General Chief of Staff, Russia estimates ISIL to have “70,000 gunmen of various nationalities.” A Baghdad-based security expert, Hisham al-Hashimi claimed that in August 2014, ISIL’s numbers were close to 100,000. In November, Fuad Hussein, the chief of staff of the Kurdish forces, told Patrick Cockburn of The Independent that and that ISIL had at least 200,000 fighters and the CIA’s estimates were far too low.

So, who is right? Which estimate is closest to the real ISIL numbers? To answer those questions it is important to take in consideration which part of ISIL forces are trying to count, the size of the territory that ISIL occupies and the attrition that coalition forces have inflicted upon them.

So the actual number of ISIL front-line and garrison fighters can be much smaller, which is divided between their regular forces (jund), the elite paramilitary (inghimasiyun, which alone may have up to 15,000 members), and death squad (dhabbihah) personnel. Until someone is able to objectively evaluate these bodies, throwing out raw numbers about the ISIL size is meaningless.

Here is an estimation of the population sizes of the areas that ISIL occupies in Syria:

ISIL needs to administer this population in Syria alone, while both imposing extreme Islamic rule and sustaining large-scale offensive operations elsewhere. We can compare this to the situation in Afghanistan.Regional Command Southwest needed around 30,000 U.S., U.K. and Danish troops trying to control Helmand and Nimruz, which have a combined population of 1,598,369.

The coalition forces also had the help of the Afghan National Army, the Afghan National Police, the Afghan Community Order Police, and the National Directorate of Security. That means that the total number of forces on their side was bigger than 30,000. Taking in consideration the terrain, the infrastructural differences and the fact that ISIL does not possess the modern technology, logistics and intelligence of the invasion forces, ISIL would still need a minimum of 30,000 troops just to maintain control for their captured territories in Syria.

It is clear that the U.S intelligence estimates about ISIL force is to low when we add the teritories that they have to control in Iraq along with their population size:

In comparison with the population in Syrian held territories, the population that ISIL has to control in Iraq is almost double. This territorial administration comes on top of multiple ISIL contingents that maintain their own logistics and support personnel, and that are capable of carrying out battalion-sized offensive operations, including the al-Sarim al-Battar, al-Aqsa, Grozny, Sarajevo, Yarmuk, Jalut, Dawud, Jabal, Saiqa, Zilzal, al-Qa’qa, Hitin, and al-Qadisiyah battalions. (Let’s have in mind that an ISIL battalion is not as large as an U.S one.) According to those facts the estimation of Hisham al-Hashimi’s ISIL having around 100,000 men under arms appears plausible.

If we take in consideration ISIL’s establishment of multiple security bodies and the mass conscription it has imposed in Raqqa, Ninawa, and western Anbar, the Kurdish estimate of 200,000 men could be also plausible.

CENTCOM has said that it has killed 6,000 ISIL fighters in airstrikes alone since August. So this could be another fact that shows that the U.S estimate is too low, having in mind the size of ISIL territory the attrition that the U.S forces inflicted on the Islamic State fighters appears almost insignificant. If the U.S estimates are accurate, then between 20-30% of ISIL’s total manpower has been eliminated by airstrikes.

Such a conclusion is clearly unrealistic: Even if ISIL were able replace their forces in such a short period, at a rate equal to the attrition inflicted by the U.S, the group would be performing far worse on the battlefield. By contrast, if you accept Hashimi’s estimate of 100,000 ISIL fighters, the group has only lost about 1/10 of its total force.

At the moment it is not clear how many fighters ISIL has, but its total force is likely to be closer to 100,000 than to 30,000, even if unlike the martyrdom-seeking fanatics in its ranks, ISIL’s conscripts are more likely to desert in a tough situation. The U.S estimates are simply too low to be realistic, while the high-end estimates of the Russian and Kurdish sources are far more plausible.

So if ISIL has 900000 people under population and just 10% fully support them it would be 100000 to fight most likely 30% would actually fight or truly support so 300000 fighters rest would disperse as soon as actually attacked by sweeping ground forces. Arm the Kurds as a ground force give them their own state

100,000-ish fighters in Syria means how many migrating to Europe?

I believe they settled on 25,000 die-hard ISIS fighters and 25,000 local recruits / foreign adventurers. Now in April of 2017 it appears that ISIS numbers have dwindled down to 12,000 or less thru combat losses and desertion. This article points out that ISIS needed people to run things after they took control of territories. Those dopes kept government workers at their jobs since the Syrian and Iraqi governments were willing to keep paying their salaries. That may seem smart except those folks had to drive to Damascus or Baghdad to pick-up their checks! That gave them the opportunity to tell their governments whatever they wanted to know about ISIS and local sentiments. One item of great interest that workers in both countries mentioned was that ISIS was forced to start keeping their fighters grouped together in larger numbers at local garrisons and when on patrol in towns and rural areas since they were being attacked at small outposts and ambushed when making the rounds. Then they wised up and began recruiting locals to keep an eye on things so they could redeploy their fighters elsewhere. That worked out OK until those areas were attacked by government or Kurdish forces, which prompted the local recruits to throw away their weapons and run to safety.