What do you think will be the long term effect of the attempted coup d’état over the power positions of Reccep Erdogan; is there any option for their weakening?

For now, it looks like Erdogan has got a strong grip on power, even figuratively speaking, “with a whip in his hand.” After the military mutiny, from the vaults of the organs of state security in Turkey, lists of people who are not sympathetic to the regime were taken out and steps to eliminate them were taken, either through arrests or dismissals. Only for the first three days, their number exceeded 65,000 people – military, civil servants (among them valines), university lecturers and school teachers, imams etc., people who have been working for the administration of the Prime Minister and the President or their relatives. This is not even a “witch hunt”; it seems even more frightful. For me, it looks like the events in Bulgaria in 1925, when in the police quarters the representatives of the repressive, judicial and other state departments, were beaten up, shot at and killed, just like the anarchists, so the writers and the poets used the pen and their thoughts as their weapons.

In the hours and days after the coup, many people filled the squares of the big cities, the supporters of Erdogan gathered in front of his house in Istanbul and at other public places. But the people who do not support him, although they don’t demonstrate it, are not fewer. Will the process of division of the society get deeper? What will be the consequences of Erdogan’s “cleaning” in the country?

The reasons that caused the mutiny are not removed, and the solution by “force” brings the risk of creating a proportional resistance, if not now, then in the near future as a consequence of quantitative accumulation. Erdogan is becoming more authoritarian, and history shows that such regimes are not long-lasting, regardless of how solid they seem to be.

Turkey has serious problems to deal with and the first one is the question about the Kurds. For more than 30 years in south-east Anadolia, a battle with a different intensity has been going on with the participation of regular troops and Special Forces. A few years ago, under external influence, Erdogan started the so-called “peace process” with the Kurds, which brought a certain progress for the political resolution of the problems – the Kurds created their own legal party expressing the will of the minority, a few compromised changes were made in the judiciary etc. But last year, the peace process was interrupted by the “Sultan” and the military operations in south-east Turkey were reactivated. Footage of cities bombarded by light and heavy weapons of the Turkish army is heartbreaking. It is clear that the restoration of peace and prosperity will last for many years.

Now, this practically civil war is spreading in the western regions. This does not promise stability, neither for the country nor for the region.

Although before the coup, it looked like Erdogan had decided to compromise his idea of turning Turkey into a presidential republic, now he will probably bring the matter exactly to his final goal.

After the failed coup, Erdogan raised the question of returning the death penalty. After years of negotiations, lots of efforts and compromising from both sides, will Turkey say goodbye to the idea of EU membership?

It is hard to believe that now, even from the Turkish side, someone is seriously considering the possibility of Turkey to become an EU member soon. I guess that in short term plan, Turkey will not comply with all the conditions of the agreement with the EU from this spring, regarding the visa-free regime and especially those for alignment of Turkish legislation to the one of the EU in the fight against terrorism and this will place a difficult question for Europe: whether to continue the work on this agreement or to risk the release from the Turkish side of the “indigestible portion” of refugees, which will bring back the problems from last year and the spring.

How would you comment on John Kerry’s reaction about NATO checking the credibility of Turkey for membership? Actually, is it now that the West realized that there is a problem with democracy and the rule of law? Is the question for Turkish membership in NATO real, especially when key bases of the alliance are on Turkish territory? 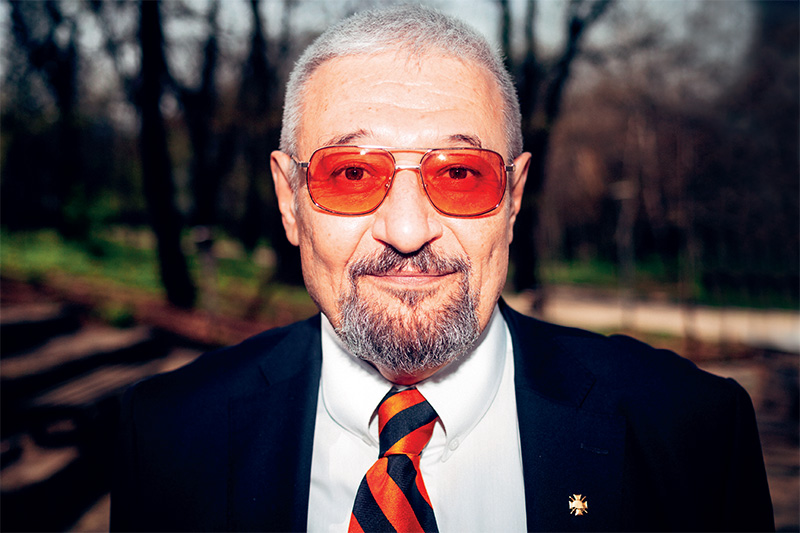 The strained relationship between Ankara and Washington comes at a time of looming presidential elections in the USA and in such times, the leaving administration usually avoids making “sharp turns” in its politics. For now, the real action or at least what we know of, is about the effective demand of the Turkish side for the extradition of Fethullah Gullen, a resident of Pennsylvania for a long time, a former preacher and a former ally of Erdogan accused of organizing the mutiny in Turkey. To a high degree, this action is internally politically meaningful for the Turkish side, because it is in harmony with the undertaken cleaning and accusations of “the enemies of the regime” and it is a sufficient justification for the average Turkish citizens. The American side demanded solid proof for Gullen’s participation. Apart from that, the USA stopped the flights of Turkish airlines over American territory, which is a painful economic sanction in its nature. It is not excluded that this opposing will continue at least for a certain period of time, as in its foundation lies the need to explain the hard policy towards the political enemies of Erdogan with Gullen, as well as the eventual development, which is detrimental for Turkey regarding the Kurdish line hovering in the minds of some American “think- tanks” and “decision makers.”

It seems to me that the road for Turkey’s exit of NATO is long and I don’t think that this road will be taken in the near future.

And whether the West has recently noticed the lack of democracy in Turkey for all those years, I would say that again we stumble on one more solid example of the double standards of the western democracies – after the shooting of the White House in Moscow in the early 90s of the last century (at that time, from the side of the ”established western and newly-established east European democracies” there was not one single regret for the lost innocent lives) or for the events at the Maidan in Kiev or the killing of people in the House of Trade Unions in Odessa and so on.

Did the end of the Turkish secular state come?

Regretfully, it seems that such development can be expected. One of the pillars of the Turkish secular state was the army. After Erdogan’s arrival to power, it was pushed away from its primary position, which by the way, happened with pressure from Europe and with the approval of Europe. Brussels and some capitals acted on the scheme: “the army” – “armed forces” – “civil control” – “democracy”, without listening to its experts on Turkey and without consideration that in this way, they reinforce the position of the Islamists. There is a saying that a man should not follow the label of a bottle: if it says that it is a “15 year old whiskey”, this in the specific case, does not mean that the bottle has been filled in with something made by a streetwise crook. This is what happened in the cliché-politics of Europe in relation to Turkey, where the local specifications and the role of the military in the Turkish society and state were not accounted for. Now the remains of secular-tuned officers are being arrested, their trials will last for a long time, and after that, if they are still alive, they will be pushed aside to the periphery of the society. This mass-cleaning in the country, repression for the military, secular-orientated state clerks, lecturers, writers, journalists, freelancers and others, already affect the very fabric of the secular state. Years ago, before the AKP coming to power in Turkey, the Islamisation of the state continued with an accelerated tempo but now it is done from the position of power and it is sudden, which makes a lot of people in Europe, in America and at home to notice these processes and to wake up.

What do you think: will the progressive Islamisation of Turkey have a reflection on Bulgaria and mostly in the Muslim community?

I was a young diplomat; it was in the early 80s of the last century when I read a “western” analysis on the advance of Islam in the world. The prognoses were about Turkey being completely Islamic by the end of the century and that Islam will gradually conquer Europe. I will confess that at the time, I looked at these “predictions” with a large dose of mistrust and derision. Let your readers decide on their own whether and to what degree these predictions came true today.

I would not like to be a pessimist, but I cannot close my eyes to what is happening in Turkey, western Europe and for what is obviously coming to us, especially if we don’t take measures.

In what direction will Erdogan manage the flow of migrants from the Middle East and Northern Africa?

The migrants in Turkey amount to millions and a part of them are Turkish citizens already. Obviously Erdogan uses them as leverage for racketeering. Meanwhile, the fear at home and in Europe of this influx is more damaging and dangerous than the migrants. I do not understand why we do not take adequate measures to resolve this problem, as if we are waiting for it to disappear on its own. Bulgaria for example, was one of the first to experience the results of this Turkish racket and the last two governments launched the building of a wall on the Turkish border, regardless of how unpopular it is for modern times and how much critique from “outside” and from NGOs was thrown at us.

Obviously, the flow of migrants to the EU and mostly western Europe will continue one way or another, and one of the routes is through Bulgaria. Some central European countries already pointed that the current politics led to failure in resolving this problem. Must the EU as a whole be waiting for “the ceiling to fall” figuratively speaking, to remember that a different approach is needed?

Do you expect an increase of the migrant flow coming from Turkey, and mostly people with dual citizenship?

Most unlikely. But I think that the question of dual citizenship should be considered in a present-day light. Let’s remember that the status of dual citizenship was adopted in Bulgaria in 1989, during the so-called “revival process”, the time of the “big excursion” and when the Bulgarian side had to have an explanation for the world for the mass exit from Bulgaria – with their families, with their cars, with their households, selling their houses prior to the exit. At that time, it was explained that they leave Bulgaria of their own will without pressure and without losing their Bulgarian citizenship, and even if they get a foreign (Turkish or other) citizenship, this will not lead to losing the Bulgarian citizenship.

Now, obviously the time is different. Bulgaria is a ”recognized democracy”, a proud member of NATO and the EU and the above-mentioned considerations and explanations are not relevant. The status of dual citizenship is not recognized by most of our partners, where if you obtain another citizenship, you lose the previous one. Why shouldn’t this be applied in Bulgaria? This will prevent the National Assembly from continuous discussions about the number of polling stations in foreign countries when adopting a new electoral code.