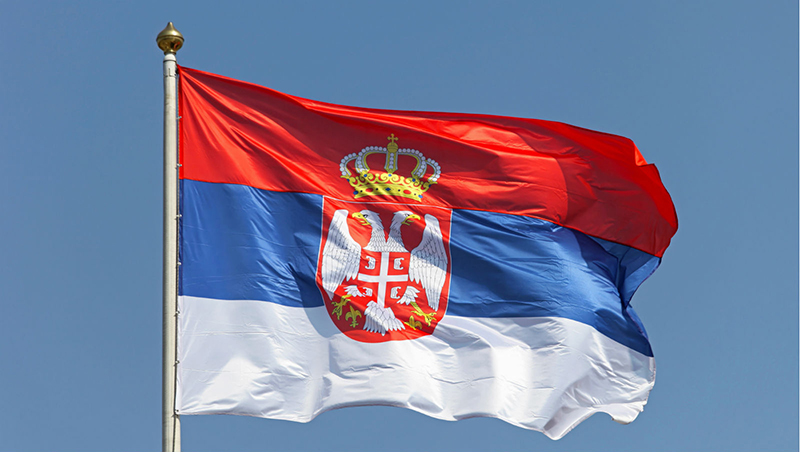 Hybrid warfare has become the main type of international conflict. It is basically multi-dimensional, with a wide range adapting activities, because the creators of this type of warfare adjust to the situation and direct their activities at creating economic pressures, leading the information war, and even the classic propaganda of spreading defeatism, disorientation, uncertainty and fear.

Citizens are exposed to information strikes, and through the media they are preparing themselves for the arrests of those responsible for the alleged crime, which are usually carriers of the most important functions, who are from the beginning of the campaign marked as targets.

From those who are close to the ruling elite it is expected nothing but the cooperation and recognition and in return it is offered the abolition, as it has been frequently referred to in Sanader (former Croatian PM) case. The ultimate goal for dissatisfied citizens, or better said the irregular groups, is to take down the institutions as soon as possible, carry out the arrests or a killing of someone in the position. Citizens need to see the new leaders as the long-prepared political pawns, who are usually people who are obtained by manipulations, convinced that they are doing the right thing, or do so consciously for future positions, but some just work for the money. The basis of the operations are manipulations and misinformation.

Provocateurs and other players involved are preparing the scene, but in theory they are commonly referred to as agents of chaos. The purpose of the hybrid activities is indeed creating chaos, which then directs or transforms itself into armed conflicts. They use egoism of one of the parties to the conflict, and frustrated figures omitted from the government, which are easy to obtain and manipulate with them. The more of these people it is, the easier is to set up the scenery behind which hide the main contractors. Infiltrated provocateurs in the final stage start to shoot against the citizens or to the police (as seen in Kiev).

A hybrid war against the Republic of Srpska has been launched, but the entire Balkan is exposed to the arsenal of methods of the hybrid war. Neo-Ottomanic aspirations of Turkey to the Balkans, Iraq, Syria and Armenia are known. Erdogan has incredible aspirations to foreign territories. According to him, the Turkish Empire should cover most of the Greek islands (Lesvos, Rhodes, Crete), the Peloponnese, and much of the Balkans. On the other hand, United States and the UK are well aware that they cannot control the connection between Europe and Asia if they can´t control the Balkans, especially Serbia, Republic of Srpska and Macedonia. This would also control the EU and the future benefits of a new “Silk Road”, with which they would condition China and Russia. Therefore NATO plans to incorporate Serbia and BiH to encircle Russia, and to achieve control of the road to Eurasia and Central Asia. And with using the influence of Turkey in the Turkish speaking countries in the Caucasus and South Caucasus shows the NATO´s intent to accept also those countries under its wing. First new member to join should be Georgia. It all depends on Russia´s and China´s response how things will develop further.

The views of representatives of the international community in Bosnia and Herzegovina (BiH) as well as the views of individual ambassadors are inconsistent, inappropriate, and do not contribute to stability and reconciliation in BiH. If you compare the statements it can be concluded that they are synchronized, matched, but with always different connotations. There is a wide range of expressions such as the “The republic of Srpska must respect Dayton” (which is a standard stopgap measure, because all the moves that ROS pulls up are to defend Dayton) that the statement on the right to a referendum, which are complementary to the statements of the leaders of the opposition Alliance for Change to referendum should not be used for any “small things” that the referendum should not be unprofitable and similar. All statements in this regard which are circulating BiH media are balanced and arranged as they are by Gene Sharp in his manual for raising rebellion “From Dictatorship to Democracy”.

Once again, Sharp´s methods are only a part of PSYOPs operations. Such statements just raise escalation, it suggests that it is necessary to lead the fight against corruption and US Ambassador Maureen Cormack wrote on her Twitter account that she hopes that next year there will be at least one corrupt politician caught and arrested. It is clear to anyone who have read it who is the target, what the goal is and who the executioners are. Gradation and the dynamics lead the timing, and the timing is determined by statement that there are apparently ten people at the top of the corruption list, where it doesn´t say where they are located, and from which entity they come from. It is clear that the word is about the leaders of the Alliance of Independent Social Democrats (SNSD), Milorad Dodik’s Party and people close to them in the business world. No one ever mentions ten billion dollars, donated to the Federation of Bosnia and Herzegovina immediately after the war, no one raises the question of how the money was spent, although the public has long been presented by allegations that most of the donations have been stolen.

Just like there is no corruption, unemployment and poverty in the Federation. Because of dramaturgy the Western nomenklatura in Sarajevo is convening an emergency sessions of PIK, which itself gives extra strength. Serbian Government on the occasion of the decision on suspension of cooperation with the Prosecution and the Court of BiH, complained that it must respect the rule of law. This in practical terms is a further indication of the target – the Republic of Srpska and SNSD who is now leading it.

With comparing the statements from manipulated part of the opposition, or some of the opposition leaders in the Republic of Srpska, it has been recognized the great similarity in the view of choice of themes, actors, personalities and institutions that are the targets. Western nomenklatura in Sarajevo gave up the intention that President Dodik should be publicly marked as a dictator or a terrorist, and gave up the armed attack, as it is estimated as totally wrong move. They committed to the perfidious methods. The West is counting on Serbia-Serbian conflict and unrest. Having analyzed the current situation, they saw that the President Dodik takes active counter offensive, which is one step ahead of what makes the opposition and have additionally trained leaders of manipulated part of the opposition who have begun to give serious composed statements.

However, there are statements given which are the next day called into question, in order to create as much confusion a possible. It is evident from the statement of the Security Minister Dragan Mektic, who came on ministerial position as a staff of Serb Democratic Party (SDS). For example, on the occasion of termination of cooperation with Serbian Ministry of Internal Affairs (MUP) and State Investigation and Protection Agency (SIPA), the first statement that Mektic made has been that the representatives of SIPA and the Serbian MUP “should sit down and discuss”, and shortly afterwards he declared that he will not speak with President Dodik, that he won’t go to Banja Luka to meet with Minister Dragan Lukac and that SIPA will work on its own. Mektic’s statements are in conflict with each other and his statements are supported by some embassies with various threats against Serbian MUP. Which are in the sense that those who will shoot against the members of SIPA will be held criminally liable. Mektic publicly indicts the president of the Republic of Srpska of commiting crime, with charges and accusations, acting sometimes as the director of SIPA and sometimes as being in the opposition. He gives lectures to the police of Republic of Srpska in order to create the perception that the police acts only as a maintenance of Sarajevo. The contract that should be signed by representatives of SIPA and the Serbian MUP, he first accepted, and the next day he gives a statement that there is no need to sign a contract because it exists already for ten years…etc

It is expected that further demonizing of the president Dodik will continue, especially by government of Republic of Srpska, and particularly the police. The plan is that Banja Luka should be characterized as a generator of crisis and conflict.

It is expected from the opposition that it qualifies the fight for the preservation of institutions of Srpska’s competence as the cause of conflict in defense of President Dodik and “its criminals.” Everything indicates that preparation for the application of violence incorporated into political pressure. The factor is the defeatism which is stimulated planned and that will be part of the plan for part of the position to leave the ruling coalition with explanation that “they won´t die for Dodik”.

How can the Republic of Srpska survive? Its officials need to understand that the battle for the mind and soul of every individual today is the most important front. Through a network of cultural networks, civil protection and the MUP we should return to the values ​​of social self-defense, such as the recognition of agitators, provocateurs and unknown groups with odd behavior. It is necessary to hold lectures on terrorism, explain how to react in case of a terrorist act and who answer the observed suspicious activity.

This article started out as the best thing I’ve read in a long time.

It tells us that EACH AND ALL must take our lifes back in our own hands by KILLING THOSE IN POSITION.

Sadly, the authors conclusion does not follow from his introduction, rather it pacifies the readers.

The Enemy of humanity is organized.

You could not be more correct my friend. It often seems to me that Iran and Russia kind of know the problems, but are so pacifistic in standing up to it. Their are enough people in the world who want revolution against the establishment, and all they need is support. Iran supports Syria and Lebanon, but no where else. And Russia has been slow to stand up against the Empire of the Faults Christ. The evil get more powerful each month, and Russia sits on their hands bombing a few thousand ants called ISIS. Their are bigger issues at hand. Like the Builder burger group, and Mi6 and Mossad and CIA and NATO. Europeans are all slaves, they were a conquered people by 1946 and have been slaves ever since. America was conquered in 1914 with the wave a a pen when America was sold to Jewish bankers in the act known as the Federal Reserve. The world is stupid right now, and needs some democratic actions for the salvation of nations and human life. http://ihr.org/ http://en.farsnews.com/