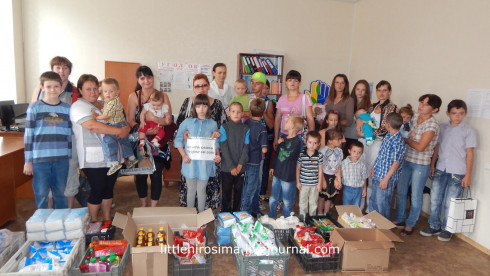 I remember I was visited by a friend before a trip to Lugansk. Before my very first trip. At the time I thought that all of Ukraine’s multiple rocket launchers exist solely for the purpose of hitting me. Euro jumped to 100 rubles on that day. The world collapsed. It also collapsed for my friend who has taken on a heap of credit.
On that day a transvestite poisoned himself in the foyer of my building. He laid there in his wig and cried. I don’t know how he turned up in our building but I pitied him. He was wearing transparent sheer pantyhose but was otherwise barefoot. I clearly remember that day. A mix of chaos, insanity, surrealism, and other-worldliness.
–Dunya, how can you not notice what is happening in the country?! How is one to live?
I sat at home in a pile of bandages, children’s clothing, and matches. I had children in Pervomaysk’s bomb shelters on my mind.
And for some reason that transvestite.
And thought–how is one to live from now on?
We sat and tried to talk. But we couldn’t. Something snapped in each of us.
A whole lifetime has passed since that day. An eternity.
One can throw around words, phrases. Argue about politics until one grows hoarse.
But there are people who are beyond politics. Who have always lived on and survived. The elderly in retirement homes, children in orphanages, the handicapped in shelters, and also single mothers. Some of them disabled children, others have up to 5 kids and their husband had left them, yet others have bedridden parents to take care of.
They couldn’t care less about the course of the euro, and moreover they are now separatists and fools. Or the opposite–indomitable heroes. Pick either option, it won’t change their life one bit.
They are simply surviving in that hell. Everyday hell. And they have no way out and, most importantly, no choice. It doesn’t matter if they support Poroshenko, Putin, Merkel, or even Abraham Lincoln.
It doesn’t matter whether they even understand what is happening.
It won’t change a thing. Maria Stanislavovna Popova, born 1969. A lone disabled, Category 3–thrombosis of the legs. Son Dima born in 2004. A blind girl lives with them. They all survive on 2100 rubles a month.
Look at her smile, look at the boy.
They are…heroes. 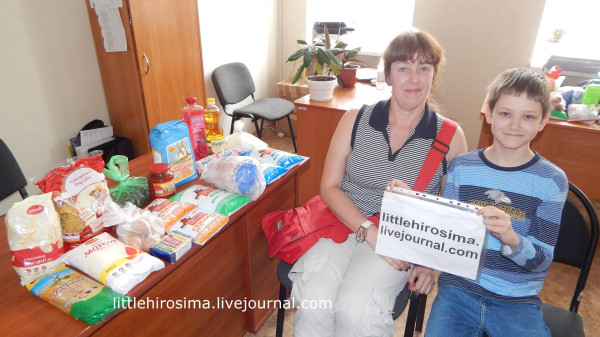 Irina Vladimirovna Kravchenko, born 1963. Yes, she’s 52, and at the age of 40 she gave birth to her son Denis. No other relatives. She is still not receiving her pension but is already at an advanced age so she can’t find work. They live on a 1000 ruble allowance granted to her as a single mother. Try surviving on that. 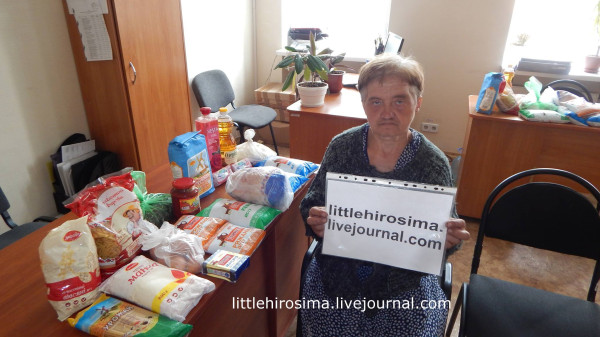 Viktoria Vladimirovna Morozova, born 1986. ILLITERATE!!! A single mother of two children. One of her kids, Kolya, born 2003, is a Category 3 disabled. He spilled acid on himself at the age of 2.5. Viktoria receives an allowance for the kids. The second son Denis was born in 2007. 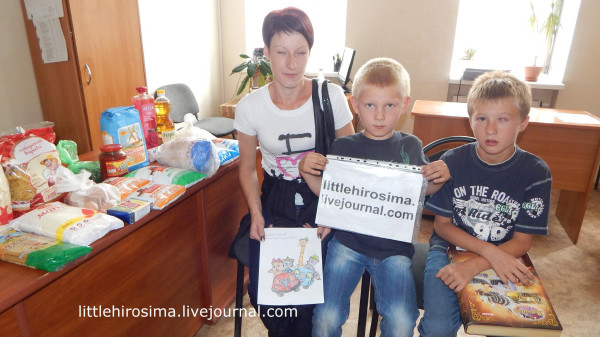 Olga Sergeyevna Chala, born 1977. Divorced. Mother of many children. Is not receiving alimony. Husband ran away. Four children. The oldest is 20. Darya was born in 1998, Valeriya in 1999, Anatoliy in 2000. She works in a hospital for the mentally ill. Her salary to support the entire family is 3000 rubles. 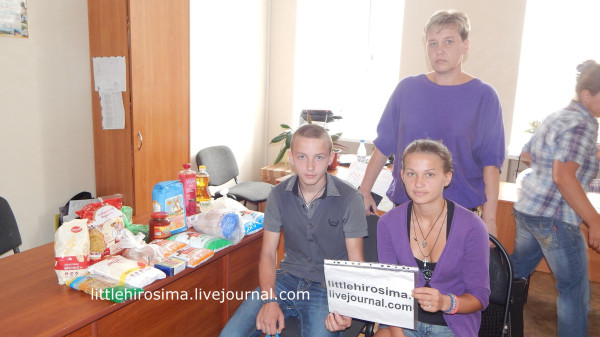 Lyudmila Vladimirovna Vikokhina, born 1982. Only 32 years old but her life is already broken. She is raising Sasha, born 2013, all by herself. No other relatives. No work. Receives 1000 rubles. 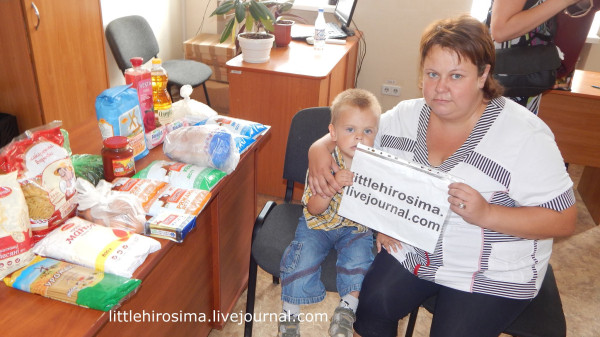 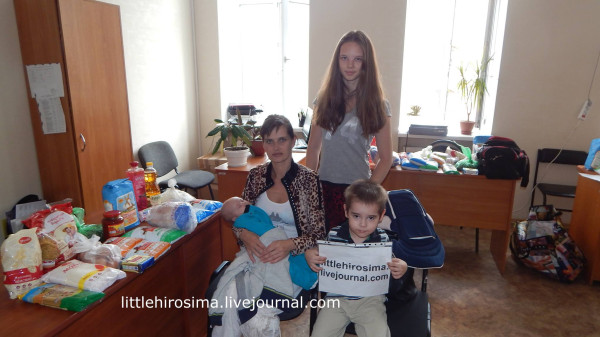 Yana Aleksandrovna Mamsyukova, born 1976. A single mother of two. Bogdan 1996, Veronika 2015. She receives an allowance only for Veronika, 1000 rubles. 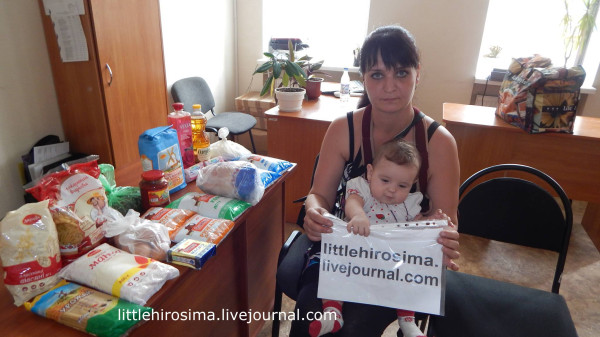 Zhanna Igorevna Grigorenko, born 1986. Pasha 2013. Alone, lives with a disabled grandmother 80 years of age. They live on the grandmother’s pension and an allowance for the child. 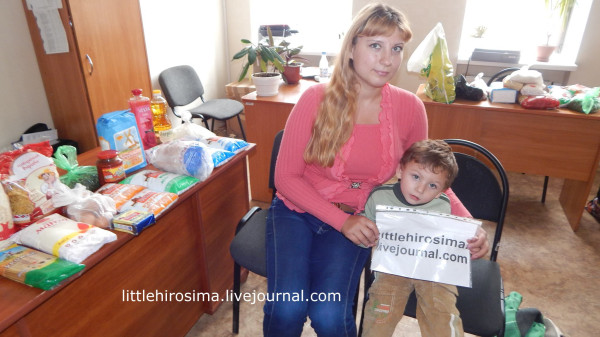 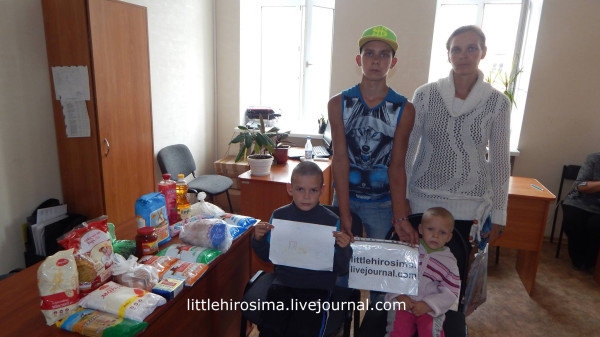 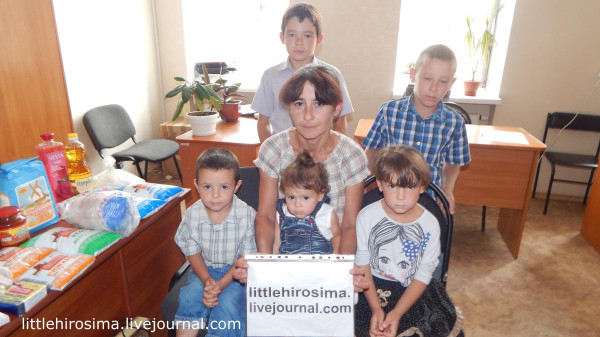 Inna Yuryevna Dyachenko. Born 1988. She raises her son Vladislav, 2010, on her own. Hospitalized after a urology operation. Works at the post office but started receiving her salary only last month. 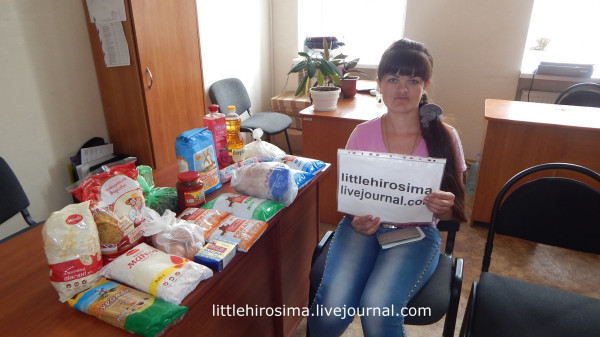 Svetlana Vladimirovna Kutsenko, born 1964. A single mother of three. Nastya 1990, Fyodor 1991, Katya 2003. Katya has a Down Syndrome, and also a congenital heart disease. They live on the allowance for Katya. 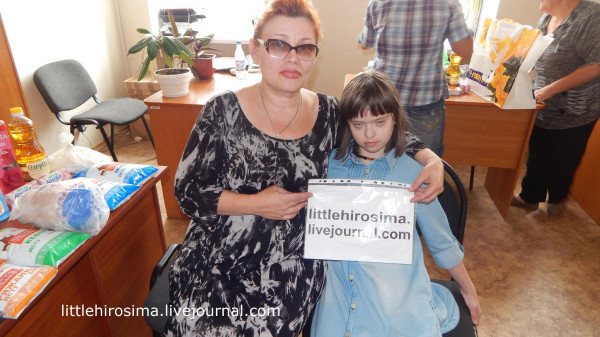 Life is short. One, two, three, and it’s past. With only short tearful pauses because of the absence of good-tasting cheese, low salary, and reduced purchasing power. The stops are short. One can accidentally discover people who don’t think about politics, who live their own ordinary hard lives which in a split second turned into hell. Maybe one should stop thinking of them as having chosen war and being themselves guilty of it? Or do you think that you are somehow better and smarter and that it can never happen to you?
The horror of war is that it can come to anyone.
If you want contribute to humanitarian assistance to the people of the Donbass, contact me in person through my livejournal account, through Facebook, or via email: littlehirosima@gmail.com. Everything will be delivered and reported.

Donbass: “Something’s about to happen”

Donbass from a window

Do you remember me?