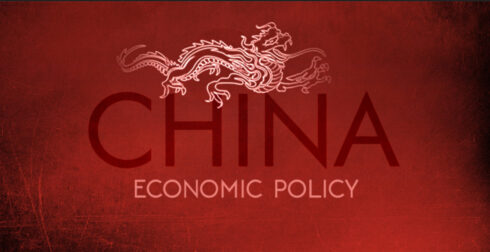 The European Union plans to accelerate the creation of an alternative to China’s Belt and Road Initiative (BRI). In her annual address to the European Parliament, European Commission President Ursula von der Leyen stated that the EU will actively promote a new global infrastructure, in which G7 leaders reached a consensus during the summer. This ambitious infrastructure project was given the name “Global Gateway.”

Western countries often offer alternatives to China’s BRI. EU High Commissioner for Foreign Affairs and Security, Federica Mogherini, said in 2018 that the EU was developing an alternative plan for building infrastructure in Europe and Asia. Without going into details, she noted that participating in financing infrastructure projects will involve a variety of government agencies and private financial institutions, including sovereign wealth funds.

At the G7 Summit in June, the concept was changed somewhat as G7 leaders stated that Europe needed an initiative to promote the concepts of sustainable development and green energy transition in developing countries. The main difference between the EU initiative and the BRI is that Global Gateway is intended to promote “common European values.” China places no such conditions on BRI partners, which is why the initiative has successfully come to include 138 countries of the 193 United Nations recognized countries.

When the initiative was first announced in June, its specifics were unknown. Three months later, according to a statement from the head of the European Commission, things have not progressed much, with only the name Global Gateway being revealed. There are still very few specifics and it is not known if this is the case because the announcement of Global Gateway was very quickly undermined and ignored when AUKUS was announced on the very same day and dominated global headlines and attention.

Ursula von der Leyen stated that the main purpose of Global Gateway is to promote project financing based on “transparency” and “values” in low-income countries. She explained that the new initiative should not just focus on building infrastructure, but that it should make Europe more active as a “global player.” This suggests that Global Gateway will not be limited to European countries.

However, it also suggests that the Global Gateway will only reach developing countries who are willing to adhere to the EU’s “values”, an imposition that will certainly ensure that the European initiative can never reach the heights of the BRI. To date, 138 countries have joined the BRI, including 18 EU member states like Greece, Cyprus, Italy, Portugal and Austria.

In addition, the total cost of BRI projects has reached over $2.5 trillion. Last year alone, despite the COVID-19 pandemic, China invested about $47 billion in overseas BRI projects. It is highly unlikely that the EU is capable of financing such a project to rival the BRI, especially since it has to match the trillions of dollars China has spent on the BRI since only 2013, a short eight-year period.

Brussels believes that China wants to divide the EU and is therefore promoting its own economic and political interests. For this reason, Ursula von der Leyen emphasized that the Global Gateway is designed to create connections around the world, not dependence.

China has been repeatedly criticized for its so-called “debt traps” in many developing countries participating in infrastructure initiatives, which critics argue gives China leverage to pressure host countries to enact its interests on them. An often-cited example is when Sri Lanka was forced to hand over the right to use the strategic Hambantota seaport to China under a 99-year lease.

It must be noted that these issues are related not only to the economy, but also to internal political factors. China understands that infrastructure projects requiring large investments will pay off in the long term, especially in less developed countries. It is in these less developed countries that China has an advantage over the EU as the Asian country is a model of being able to grow an economy and rapidly industrialize in a relatively short period of time. In this context, the EU could have an advantage over China when it comes to more developed countries.

In her speech, Ursula von der Leyen did not talk about the amount of funding available for Global Gateway. Previously, it was believed that Global Gateway would provide financial instruments such as export financing loans, loan guarantees and other financial tools. It is expected that both EU mechanisms, such as the European Investment Bank and the European Bank for Reconstruction and Development, as well as private businesses, will actively participate in the Global Gateway, akin to the way that the China Development Bank and Export Import Bank funds BRI projects.

The reality is that even though the Global Gateway will inevitably improve the interconnectedness of Europe, and perhaps even see the construction of corridors from Europe to Asia, it will not find the same success as the BRI. This is not only because of the difficulty in challenging the volume of China’s investments, but also because of the fact that Global Gateway investments will also hinge on a country submitting itself to the values of the European Union, rather than values that are organically shaped by their own culture, religion, historical memory, economic interests and geography.

brussels swine are filling their zionist/saudi supporting diapers. Good for them. They deserve nothing more than a perpetual decline in influence and “power projection”.

Its the other way too.

So far I only see leyen as having good ideas.