When Nobel Laureates open their mouths in despair and anger, their observations tend to be worth noting.  Immunologist Professor Peter Doherty was willingly doing so last week, and found himself indignant at the merciless cuts to courses and subjects in Australian universities.  He was particularly worried about what was happening at the University of Melbourne, which is removing various subjects in the sciences as part of its “pandemic reset programme”.

His sombre words were recorded in The Age:  “If we are serious about tackling climate change with technology, if we are serious about preventing more pandemics, then research and the study of science of technology need to be right up there as a national priority and properly funded.”  Australia risked “becoming the bogans of the Pacific.”

A touch harsh, perhaps, given that “bogan” is a word defined in the Australian National Dictionary as “an uncultured and unsophisticated person”, “boorish” and “uncouth”.  But both meaning and consequence are clear enough.  Australian teaching and research institutions are being ravaged by the razor ready commissars of administration who cite one alibi for their hazardous conduct: the pandemic.  Little time is spent on focusing on why the Australian university sector, bloated as it is, began to cannibalise funding and focus on single markets, such as that of China, sacrificing, along the way, standards.

The approach by the University of Melbourne is a template of savagery.  In September last year, some 200 professors who sit on the academic board issued a warning at the imminent loss of 450 jobs.  The letter to Vice-Chancellor Duncan Maskell warned that the pandemic restructure plan was destined to “damage our capacity to deliver on our public purposes in the short and long term”.  The University risked engendering distrust and damaging morale, harming “our reputation as a preeminent university, both nationally and globally.”

A university spokesman at the time brought out the usual, meaningless formulae one has come to expect from the chancellery.  First, embroider the message with caution; second, celebrate the institution you promise to ransack; third, claim that the ransacking will actually do it good in the future.  The institution was taking a “considered and rational approach to critical decisions that must be made during the COVID-19 pandemic to ensure it continues to be Australia’s leading university that is focused on outstanding teaching and research, not just for today but well into the future”.

Just to show how rational and considered these bureaucratic wonks can be, cuts have been made to such important parts of the university as the Veterinary School’s teaching hospital at Werribee.  In an effort both futile but necessary, staff and supporters of the hospital tried to put their case to John Fazakerley, Dean of Veterinary and Agricultural Science.  “The university’s Pandemic Reset Programme proposals do not recognise the correlation between skilled professional staff and teaching in a hospital that provides a high standard of care.”  Did they ever?

Other sectors in the university are also being given more than a haircut.  In November, 209 voluntary redundancies, a cheery form of remunerated execution, were announced, all paving the way for the euphemistically termed “professional services redesign” for staff working in finance, data and reporting, occupational health and safety, facilities management, research outputs and post-award finance support.  (That’s bureaucracy for you.)

What is particularly stinging to Doherty, however, is the move to torch specific subjects and make various positions redundant.  Staff at Melbourne University have been told that subjects with low enrollment will be scrapped.  These include physical cosmology, quantum field theory and advanced environmental computation.  In all, 11 units in chemistry, physics, biology and earth science risk being discontinued or suspended.  Senior teaching positions in the fields of genetics, chemistry and biosciences will be made redundant.  Office staff and lab technicians also find themselves in this mess.

The assault on science teaching and research is not merely the work of the surfeit barbarians in the chancellery.  Australian higher education is imperilled, not merely by a university management class keen to squeeze students and productive staff into oblivion but a Federal Parliament that sees little value in them.  A country facing the sharper side of climate change, brutal weather, environmental destruction and energy crises would be expected to be pouring money into degrees directed towards their study.  But scientific illiteracy, along with other forms, is as contagious as the novel coronavirus.

In October 2020, changes made to higher education with the blessing of the Centre Alliance and One Nation parties in the Australian Senate saw an effective reduction of 29% to the subject of environmental science.  Dianne Gleeson, president of the Australian Council of Environmental Deans and Directors, called this budgetary slicing “one of the largest funding cuts to any university course”.  It would do away with the technologically heavy side of the course: the use of satellites, drones, analytical equipment from DNA sequencing.

The move did not seem to discourage Catriona Jackson, the perennially ignorant chief executive of Universities Australia.  Australian universities, she promised, “remain committed to providing world-class degrees in all aspects of environmental studies, recognising the growing importance of this discipline”.

The disturbing irony in this tragedy (or monstrous cock-up) is that slashing cuts were always going to happen.  The central problem is that the wrong things, not to mention positions, are being slashed.  A further commodification of the tertiary sector, with degree programs reduced to market based fictions with stated “objectives”, is promised.  When the Australian government and universities speak about “job ready” packages, they are bound to be rendering students both unready and distinctly boganised.

The real inventors of capitalism, the Jewish bankers hidden in the basements of the City, decided to be able to do without the whites and therefore they are throwing them in the toilet, and then pull the flushing, if the whites do not rebel against the usurers soon they will be reduced to a marginal group, they will not even have time to repudiate the support given for so long to those who are now becoming their butchers.

The issue down under is that the commodities bubble popped back in 2014. China was the lead trading partner for the resources driven Aussie economy. With the US/ China tiff hotting up, the Aussie’s got told to quit doing any further business with China and to ban Chinese investors from investing in Aussie real estate. This was followed up with a marked reduction in Chinese and other orientals enrolling in Aussie universities due to the charged up anti-China climate and the Covid drama. Australia is losing hundreds of billions now annually because it is being prevented from doing business with China as per direct US intervention.

You are right in the reductions but it not made by USA.

I would say Australia as many others put too many eggs in the same basket. They should have accepted lower growth and found other markets.

Lower caste Aussie bogan is a one trick pony Jensi…..They are like an Arab country. All they got is Iron ore, Alumina and coal. There’s some agriculture and then the university boondoggle for educating the local/ regional Chinese/ hendu-pak and tribal asiatics no? There’s no manufacturing, no technology high taxes, monopolized/ protectionist almost racketeering level mafia businesses and nothing much else. The real estate speculation had Chinese/ Indian money coming in droves, but all that’s long gone.

P.S. I’ve worked there and made a fortune over there from 2006 till 2016, but its all done and dusted now. To be honest, Iran’s industry is far more advanced, diverse than Australia’s will ever be….lol. The country’s like a colonial joke. Many Iranian oil and gas/ mining engineers moved to Australia 15 years ago when the mining boom started on the skilled migration program, got their passports and the majority have long left, including me. 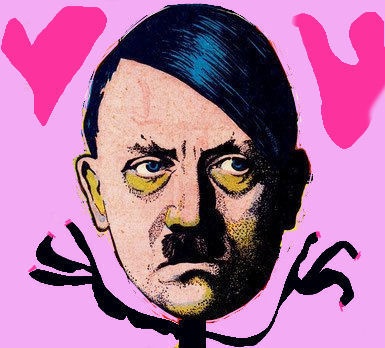 I fully expect the Aussies to have a ‘Professor’ of Gender Awareness and Perversions’ soon :)

Sorry guys but I think both the planet and Australia will survive this “genocide and inhuman brutality on Scientific Intelligence”.

I disagree. Thye are many more then us but very much behind around what You tell about.

We have decided we cant be in the top in everything but has good theoretical as well as practicals level in skills including science.

They should do same thing and specialize. All education and research has to be quantified as well as evaluated for needed in all levels.

But You are right too. As long as most things seemes reduced to plastic bags, its worth nothing. But You are wrong too. More then 40% of the danish new cars bought today actually are hybrids and electric ones, so choises actually are possible.

And we do export cleaning water and air, insolation, economic pumping systems for a lot of things as well as windpower system.

The sector for solar electricity is growing too fast in wrong parts of the country, because the power grids from there is not big enough for transport.