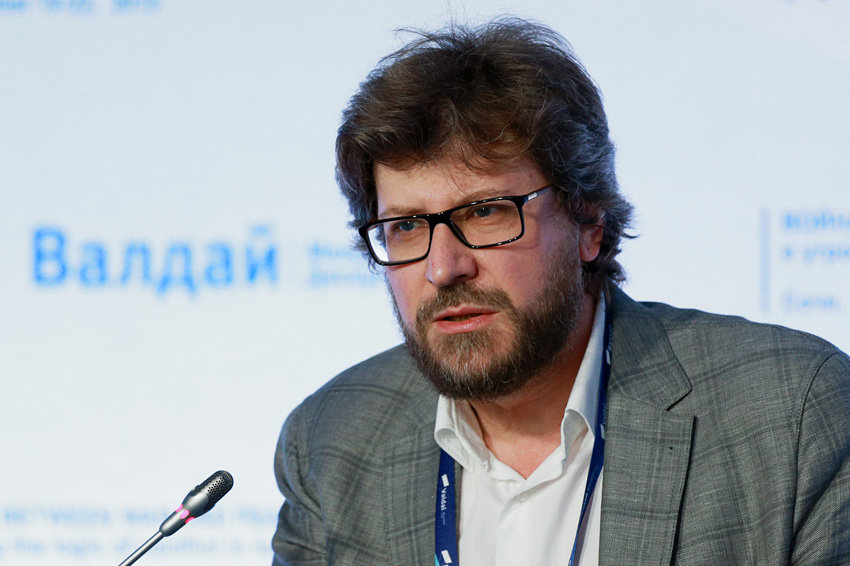 This summer it became clear that the Old World is entering into new phase of its political history. Several unrelated events crossed out the “Greater Europe” project in the state that it existed 25 years ago.

The referendum in Britain became a precedent. EU integration has never lost a member before. The European Union only expanded. This naturally does not mean that another country will follow the example of London, especially considering that no one knows what the consequences of Brexit will be. The reversal of the integrational process is a fact, and psychologically this is important.

Turkey has no intention of joining the EU. Formally, this goal is not canceled, but the atmosphere in Turkish politics after the coup, is practically incompatible with the requirements of Brussels. Ankara has long realized that its integration in Europe is a fiction. The EU constantly finds reasons to postpone the accession of Turkey. Last year however, the EU suddenly renewed the discussion about Turkish membership, because it was vital to reach an agreement with Ankara about the refugees. No one doubted that the resumption of talks is yet another bluff. But now the EU could relax, as the subject of Turkish membership is no longer relevant.

Russia never had the intention of becoming a member of the European Union, but the idea of a “strategic partnership” was the conceptual basis of relations with the EU during the post-Soviet period. It envisaged the unification of Russian legislation with that of the EU, in order to integrate Russia into the common territory of a “Greater Europe” with a center in Brussels. Of course, the feasibility of this scenario began to rapidly decline from the outset. It became clear that Russia does not intend to follow the path of other candidate countries for accession and to accept EU pressure without complaint. But in principle, due to momentum, Moscow still adhered to this scheme until the end of 2014, when the Ukrainian crisis crossed out the previous approach, and by the summer of this year, Russia formally ceased to follow it. The new EU foreign policy strategy, determined Russia to be a “strategic challenge”.

Britain, Turkey and Russia were for centuries irremovable players in European policies, but each country always had its own little peculiar position. Typically, these three countries, whose relations that have changed in recent months, now seem to draw a perimeter of continental Europe from the east, west and south. This opens before the European project new opportunities. It enables the EU to restart integration of a more compact and homogeneous kind (though the homogeneity of even a more compact EU is very conditional) which clearly states the boundaries of the community, which the EU deliberately refused to fix before.

The philosophy of the European Union since its establishment in 1992 was expansionary, and the boundaries of this expansion were not mentioned. Overall, the EU fundamentally rested not so much on military power, but on “smart” power, the rule of law, economic cooperation and ideological appeal. European institutions thought that either they will not encounter resistance, or if there is such, it will be expressed in such a “soft” form, that it could not threaten the supremacy of Brussels.

Later, when it became clear that this was not so, the EU fell into a conceptual stupor. To abandon the axiom of expansion would be to recognize that the socio-political model for a united Europe is not sole and universal. A conviction in the historical and moral uprightness of integration has always been the foundation of this endeavor. Crisis of the model has been brewing for a while, but the events in recent months, forced the EU to finally look inward and to revise its own apparatus.

It is impossible to predict how the European project will look in five years. But it is certain that it will be different, much more introverted. The further enlargement of the EU is unlikely, although in terms of stability, it is inappropriate for the Balkan countries to be left to solve their own problems. These countries should formulate their strategies so that they take into account the emerging new parameters of the union. Cooperation with them will be possible, but not their institutional accession to the EU.

This problem will be very pronounced for other countries, such as Ukraine and Moldova, which have bet on the “European choice”. Britain is more likely to try to be the Atlantic Singapore, deriving benefits from its location at the intersection of large financial flows, and the ability to independently dictate the rules. Turkey will likely attempt to revive the idea of being an energy manager for Western Eurasia and a geopolitical leader of a changing Middle East. For Russia, there is nothing left except to maintain maximum pragmatic contacts with the EU and participate in the construction of a new Eurasian space, which at this stage is still in the zone of forecasts. There is another scenario: the cartoonish return to the Cold War and the militarization of Europe. But that is so meaningless that its realization is hard to believe.

Unless the EU is able to construct a federal government, along the lines of the US, for the Euro area, it will be finished. A single currency demands a federal government, with federal taxes and spending on the scale of the US, to manage the economic forces. These are the laws of economics which the current EU is defying only until the next financial crisis. Since there is no demos in the EU, as shown by the shabby and brutal treatment of Greece, can this be done by democratic structures as in the US? I doubt it. Can there be a federal government from Berlin or Brussels to rule from Finland to Portugal, from Ireland to Slovakia? I don’t see the will. It is not going to happen so the EU is doomed. The UK is well out of this rotten EU. Sadly, the collapse of the EU will affect every part of the world. Who will end up holding the Euro debt when the Euro countries flee to their old currencies? The collapse of this sick and half-baked EU project could prove very ugly and costly indeed, hopefully not on the scale of the last time this project was tried using military force during WW2.

Realistic cartoon but also too pessimistic.

Hope some of the fanatics for more like one state will be thrown away. EU need real reformes. Some things are to old and somehow more or less out of order. Others has to be redefined.

Fyodor Lukyanov totally forgets, that You cant make a camel fly even if it would like to. Even a lot of money and more free trade to Russia and the other ones dont make them change the outdated production systems and make them be a partner in the world economy.

Dont blame EU for that part of the misere.

Even saying Europe is the sick one is not true, if You compare to the mentionent neighbors BNP they are lower or much lower exept for greece, which came in by lies about it self and spended all ´the money just partying slower down.

And what could we go back to. Yes – ecactly – being like You – just musch better.

Britts dont go down either. They probatly will go to a little lower economy and some more freedom. Thats a senble choise done by themselves. Mentioning Singpore is pure manipulation all the way back to WW2. Brits still will trade with EU and the rest of the world as a partner of the world economy as normal fare.

And the Turks. As I see it Erdogan and AKP has made their own destination – and it seems like the russian one – and its more down then up trying to be neocolonists and the neigbors dont like it even the russian ones are served vodka, many small eggs given even missils, so they can shoot civilian airplanes down.