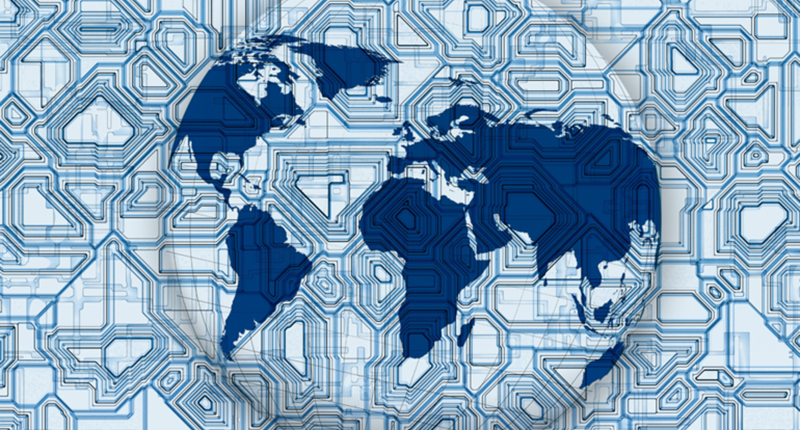 The U.S. Secretary of State John Kerry’s visit to Moscow birthed a hope of warmer Russian-American relations. The meeting with the Foreign Secretary was quite warm and judging by everything, constructive. It is obvious that Russian diplomacy can work, if not with all of current administration, then with the State Department. The States actually did and do have politicians and interest groups that represent the voice of reason and peace, although one year before the presidential elections the main intrigue becomes the possible return to power of the so called neoconservatives or their mirror brothers – liberal interventionists.

In his time, Ronald Reagan tried to keep neocons at a distance, and he even sent one of their main ideologists Paul Wolfowitz (an author of a doctrine about American superiority with the same name) as an ambassador to Indonesia. But at the time of Bush Sr. and later during his son’s presidency, the neocons without precedent, gained huge influence. It is not an exaggeration to say that the wars in Afghanistan and Iraq are their handiwork. Although they are not embarrassed, including today, that after these wars and also after the collapse of regime in Egypt and Libya, chaos reigns in those regions from which a poisonous monster of ISIL crawled out.

They believe that more military, weapons and money should have been used and then everything would have been “as it should be”. As a whole, the neocons lost the political discussion on current politics in the 2010s. Today, even the patriarch of foreign policy realism, Henry Kissinger spoke of this.

But the Neoconservatives are a very lively political group. They continue to be close to the elites of both parties, having access to all the influential and investigative centers, and like earlier, effectively recruiting into their ranks young politicians. Recently, in a solid American publication Foreign Affairs came out an article under the name of “Hybrid Warfare”. The author is a republican senator from the state of Arkansas, Tom Cotton. His work is published under the patronage of the Council of Foreign Relations (CFR), as the official notes follow. The last fact is especially interesting because only five days before Cotton’s article was published; this think-tank greeted Hillary Clinton, a likely Democratic Party presidential candidate, with great reverence at his conference.

Hillary placed the Middle East at the top, but Senator Cotton as the “Russian threat”. His main claim is that Russia and U.S. are currently in the state of Hybrid Warfare, as in Syria, and also in other regions of the world, and the U.S. must win this war.

Having listed all the duty charges toward Russia, Cotton makes a conclusion: “Putin’s aggression serves many purposes, and they are all contradicting the purpose of the U.S. Most importantly, Putin wants to reestablish Russia as a global superpower”, which, the author claims, “is humiliating to the US”. Well, this at least is honest.

In its cynical frankness it is very reminiscent of the notorious Wolfowitz doctrine (1992), according to which the United States is not to allow this type of “humiliating” condition, when a power can oppose it on an equal footing.
Senator Cotton by himself is a small bird. Only in November of 2014 he was first elected to the upper chamber of Congress, however, his elders took care of him. Mostly, it was the former presidential candidate Mitt Romney and senator Mark Rubio, who is one of today’s candidates for the highest office, campaigned for his election.

Rubio establishes his foreign policy program on the Neocon ideology. Its name – “The New American Century” – exactly matches the name of the neoconservative think-tank, established by Wolfowitz.
But let’s return to Cotton’s article.

How does he propose to win Russia in Hybrid Warfare?

First, you must not only arm all the allies, get out of Strategic Arms Limitations Talks, Treaty on Conventional Armed Forces in Europe and other “unnecessary” agreements, but also reassign all NATO troops to a single operational command, so that to every sudden readiness check of Russian troops, for each of the exercises, they can respond with counter exercises. In Eastern Europe they would have to build a Missile defense system, strengthen the Anti-aircraft warfare system, and the newest American F-22 fighters have to appear on military airfields. Smells like 1983, does it not?

Second, it will be necessary to introduce the concepts of “a country in danger”. This country is where Russia can have interests or can develop interests. This kind of country in danger is required to provide all the possible help to the U.S. and NATO. And it is not important, whether or not this country wishes to be helped – if there are (or can be) Russian interests, NATO has to be there, so that those interests are not realized.
Third, it is necessary to immediately begin providing weapons of all types to the Ukrainian army and Syrian rebels. In addition, a no fly zone has to be established in Syria by the NATO forces (noting, that this is also one of the points of Hillary Clinton’s program, voiced to the Council of Foreign Relations.

Fourth, economic sanctions against Russia must be reinforced. In Cotton’s opinion, today they affect too few members and companies of the Russian elite. The economy’s energy sector and the Military Industrial Complex have to be subjected to a particularly strong pressure.

Fifth, it is necessary to add Amendments into the U.S. laws that let the “victims of Putin’s regime” file claims against Russian officials, businessmen and their foreign partners in American courts. The goal is to force Russian and foreign capital to think three times before investing into Russia.

Finally, sixth, it’s necessary to strengthen the work in the sphere of information. Russian speaking pro-West mass media must work in Russia more effectively and on a grander scale in order to “create a counter narrative against the mass media controlled by government”.

At the end of the article Cotton admits that many of his measures may seem provocative, but according to the senator, there is no other way. Or to be exact, another way exists, but it is frightening: a direct nuclear confrontation with Russia.

Well, I made senator Cotton’s and his elder friends’ wish partially come true, and I outlined his “counter narrative” in the Russian language.

Let the one beating the drums of Hybrid Warfare be heard. The awareness of the action plan of Russia’s more hostile centers of influence is not superfluous.

And the knowledge of who of the U.S. presidential candidates and members of their teams will follow this plan, and who, on the contrary, will consider it ridiculous and harmful, is probably the most important knowledge about America in 2015-2016. What will America be like after the year 2016 is perhaps the most fundamental question of the modern times.