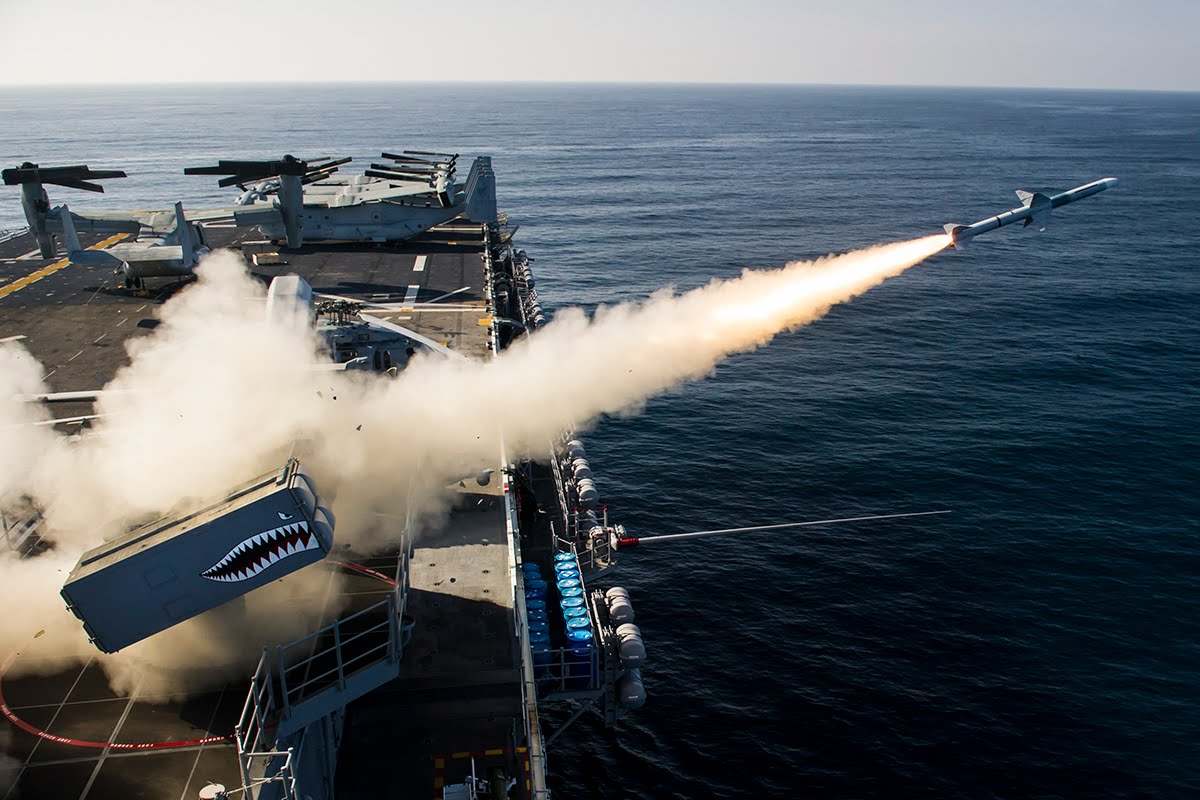 Interview conducted by Antoinette Kiselincheva with Yordan Nachev, an expert on international relations and former diplomat in Romania. Originally appeared at A-specto, translated by Borislav exclusively for SouthFront

The West repeatedly and persistently talks about the “Russian threat” and not surprisingly, at the NATO summit in Warsaw, Russia was cited as a major source of instability and a threat №1. Do you think that Russia is creating a real threat to the security of Europe?

I think if NATO sees Russia as a strategic partner, and not as an enemy, the dialogue between the two countries will continue in a positive direction. But if Russia is declared an enemy, that can significantly accelerate the realization of some Russian intentions to form a new regional military alliance. I think that would probably happen with the members of the Customs Union, and the SCO (Shanghai Cooperation Organization). NATO’s renewed efforts to establish new bases in Eastern Europe can accelerate the transformation of the SCO into a full-scale military alliance. A potential confrontation between it and the North Atlantic Alliance will provoke very serious tensions, and a return to the mentality of the Cold War. I emphasize again, if Russia instead of declared to be a strategic partner, is declared a strategic adversary of NATO, a rapid solution to the current crisis between Moscow and the West will become impossible. I am optimistic that the recovery of communication between them is achievable. Obviously, its of mutual interest to both sides to cooperate on key issues such as counter-terrorism, non-proliferation, space exploration, finding a joint solution to end the violence in the Middle East and particularly in Syria, as well as tackling climate change.

But terrorism, the “Islamic State” and the migration crisis were not the central theme of the meeting in Warsaw. If these are some of the pressing issues that need common actions, why does NATO shifts the spotlight away from the overall terrorist threat?

I think if you carefully read the declaration from the Member States announced after the meeting, we can see that these issues that were noted down and will be considered at the next meeting. Of course, many experts expected comments on the problems in the Black Sea basin, but it seems that will remain in the background.

I think the propaganda supported by the policy of the major players in the Alliance and the Baltic countries, contributes to the decision on the deployment of four battalions. But personally I think that the crisis in Ukraine, previous crises like that of 2008 in Georgia, tensions in Moldova, in particular in Transnistria, the uncertain situation in Turkey and the growing influence of Russia in the Black Sea might be considered by some partners in NATO, as a threat to Eastern Europe. So the focus was mainly on Russia. Separately, the media naturally is more interested in this issue. But other decisions in Warsaw were also achieved, as far as we can judge by the statement, which was read.

Will the strengthening of the eastern flank of NATO actually achieve stability or will it rather provoke Russia? What does NATO expect as a result of the deployment of four multinational battalions?

It meets the regional demands of the Baltic states, but also those of Poland and Washington. The decision was therefore taken easily and supported by all Member States. Personally, I do not think there is any major destabilization in the region, except that the members will have to be careful in conducting these exercises so no incidents occur from either side. As I recall, the Minister of Defense of the Russian Federation Sergei Shoigu, stated that appropriate counter action on the west flank of Russia is likely. We can say that upgraded and modernized equipment is delivered at this location. So there is a potential risk and military exercises will have to be carefully planed to avoid incidents. 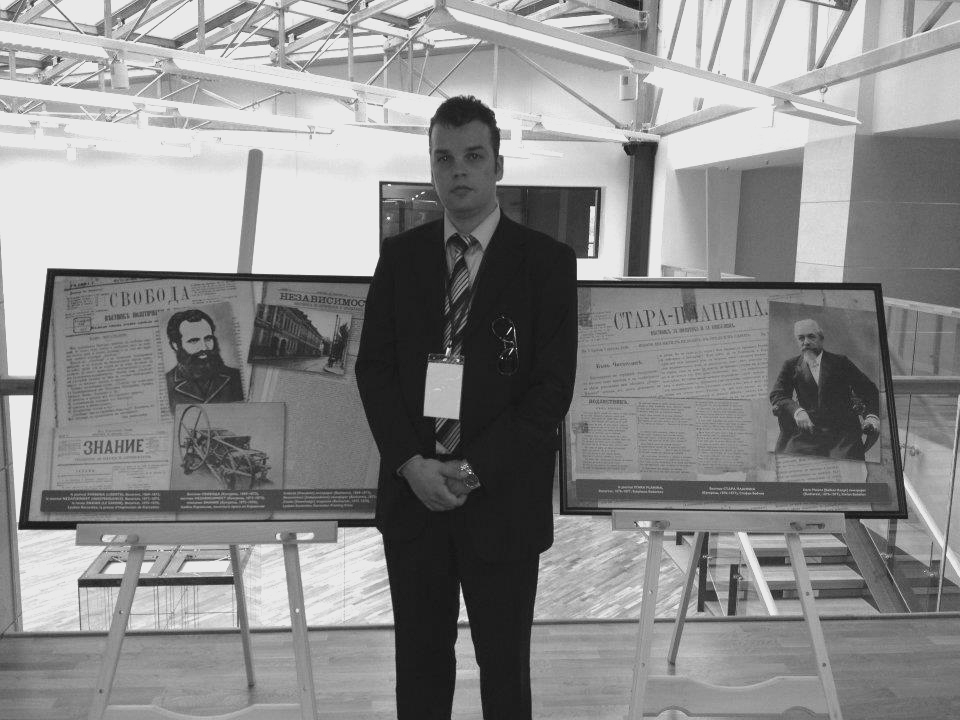 Do you think a conflict could explode in the Baltics?

A decision was made in Warsaw for a “balanced expansion of presence” in the Black Sea region and the creation of a multinational brigade in Romania with Romanian and Bulgarian participation. Why was Romania chosen to legitimize the proposal?

The political declaration was moderate. Indicated in it is that dialogue with Ukraine and Georgia will intensify, but I think this is due to the fact that negotiations are yet to be launched between the Member States of the Black Sea region, and other subjects. Some experts view this region differently, but I think that it should be seen in close connection with the Caspian, as the two regions actually form one energy system. In fact, the energy factor is of great importance for the proper assessment of the importance of the region. Today one of the main sources of energy for the European Union is precisely the Caspian basin. Its oil and gas are supplied to the territory of the Black Sea countries. Therefore, it is important to emphasize that the strategic importance of the Black Sea region, automatically means a military significance (in a bad way) and this increases the risk of conflict. This makes an establishment of a regional security system particularly relevant, and in recent years its individual elements began to be outlined. The main problems of strategic security will be the simmering unresolved ethno-political conflicts in Nagorno-Karabakh, South Ossetia, Transnistria and the Kurdish problem. Apart from this, there are the rising costs for defense of the Black Sea countries and the general militarization of the region. We also should not forget about transnational crime – smuggling, drug trafficking, human trafficking, etc. As a rule, the ethno-political conflicts in the region have deep roots and a complex development, which in practice has continued for several centuries. Let us recall that during the Cold War these conflicts were artificially frozen by the dominant ideology. But now it is not so. The participants in these conflicts often preclude the possibility of any concessions, and often refuse to negotiate at all. I think the overall militarization changes the structure of the economy in the region and limits investment opportunities in other industrial sectors, education, social sphere, etc. So, in my opinion the issues and decisions in this region should be carefully considered.

We all know that Romania and Bulgaria do not have a significant fleet. In this sense, do you think that Bulgaria and Romania will be used to solve foreign problems in the Black Sea region?

I’m a former diplomat in Romania and I can say that Romania from 2008 onward, has a very consistent policy specifically for the Black Sea basin. That’s why I stressed that the geography of the Black Sea region is extremely diverse and highly dependent on the energy corridors. And as we know, the guarantor of these energy corridors is a stable presence of forces from a military perspective. This applies to both Romania, Bulgaria and Russia. I think Romania is always looking for a cooperative between countries that are close to its ideology. A separate issue is that the Romanian president was misled by the Bulgarian position and negotiations with the Bulgarian side. Normally Romania is always looking for a stronger position in the region and especially in the Balkans, so as to present itself as a significant factor.

Do you think Turkey will also be involved in the Black Sea fleet?

Turkey is in a delicate position. A few months ago it had one position. Now we see an attempt of rapprochement between Ankara and Moscow. But due to the problems arising from the incident with the Russian aircraft in 2015, Turkey has a more reserved attitude in building such a future fleet.

The Black Sea countries chances of stepping up their cooperation in the economic sphere were used by the BSEC (Organization of the Black Sea Economic Cooperation). But so far we have not seen any real achievements. The problem in the Black Sea, is that there isn’t a single strong player. Turkey can’t resist, if it follows a particular foreign policy. It can only accomplish something with partners. The situation in the Black Sea region was different before 2008, but after conflicts in Georgia, Ukraine, the continual situation in Transnistria, new entities were created which can be said to be satellites of Moscow. This will impede Turkey’s ambition to emerge as a leader in the Black Sea basin. So only cooperation between all stakeholders in the Black Sea and the Caspian basin would ensure a stability and development in the region. At the moment I see no solo players.

At the summit some leaders had a different tone, such as French President Hollande and the German Foreign Minister Steinmeier. Do you think that NATO is more reliant on countries like Poland, Bulgaria, Romania and the Baltic states, since they are more obedient?

Do not forget that the meeting was held under the shadow of Brexit. Serious questions about the economic opportunities of NATO member states and their future rearmament and modernization are yet to be solved. The potential disintegration of the European Union could easily be transferred to NATO. Actually, there is a risk of disintegration processes in the North Atlantic Alliance itself. So I think the key players will carefully consider future possibilities of building bases and the redeployment of troops. There are some pretty big differences of opinion and they will surely have a great impact and so future decisions will be difficult. Perhaps future leaders in these countries will be facing a completely different reality.

How would you comment the difference in positions of the Bulgarian president, who spoke of the need to strengthen NATO presence in the Black Sea region, and the position of the Prime Minister who asked that the Black Sea become a demilitarized zone? Did Plevneliev present the official Bulgarian position? Or is Boyko Borisov politically misleading us, by stating that he is against our participation in the flotilla?

No, I do not think the president has presented the official Bulgarian position. I would even congratulate the minister for his position. This essential difference of opinion comes from the fact that we have a parliamentary republic. Talks between the Bulgarian president and NATO are one thing, but the minister and parliament are the main factor driving force in making decisions. Do not forget that the current government is a coalition and its domestic political stability depends heavily on such decisions. We know the opinion of the coalition partners of the ruling party, so the Prime Minister’s moderate decision is decent and quite mature. The truth is that trade and economic relations are the main driving element in the Black Sea. Concentrated there, is mostly the energy sector and to some extent tourism. Incentives to diversify these elements are missing, and the government realizes this. So I think the position of the Prime Minister on this issue was quite good and very rightly clarified at a news conference.

Do not you think, however, that thus giving mixed signals?

The Government is aware that the lack of a sole hegemon in the Black Sea region and the presence of several powers, sets the basis for the formation of a multipolar system of strategic security. On the other hand, because of the presence of many players and many conflict zones, the countries of the region have a difficulty developing a mutually beneficial solution that would become a pledge of interdependence and security of the Black Sea countries. This will be a major determinant of future positions of the Bulgarian state in terms of the security policy in the Black Sea basin. From this perspective the Bulgarian government, whether it is this one or another, will build its position within the European Union and NATO.

The EU is done, the indigenous tribes are raped and genocided. It is over as their extinction draws to it’s end. As naturally comes from any racial replacement programs.