Translated and edited by Lisbeth Mechter for SouthFront 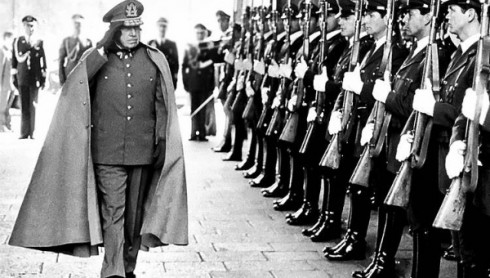 They were established by the US and the Latin-American oligarchy simultaneously with the so-called “Operación Cóndor” (Operation Condor) which originated a series of bloody dictatorships that repressed the civilian population; a fact of which the continent will never recover completely. Because those dirty wars are not encoded manuals that are now filed in newspaper libraries or the governments vaults; they are still in force, renewed in compliance with technology and time requirements. The approach is the same, the objective is the same: destabilize post-neoliberal governments that have managed to make their nations flourish by prompting   social and economic transformations in benefit of the majorities. In past decades the reason for their existence was to cut off socialism and communism from their very roots.

It can be said that the main engine of these wars are the media that continuously manipulate the minds of people. This media have assumed an important role altogether with the social networks turning into the gunpowder that explodes originating an alienated crowd that repeats  systematically what it is not capable to articulate and question by own initiative.

The fundamental basis of these wars is still in force; para-militarism and terrorism are there. That explains the forced disappearances in countries like Mexico and Colombia that in the past years ascended to thousands. That also refers to the criminalization of communitarian leaders, human rights and environmental activists in countries of neoliberal type. For that reason, communitarian radio stations are being censored, journalists defying the State’s policies are being murdered, those journalists who inform with a deep ethical sense verifiable truths. That dirty war that walks altogether with state terrorism has filled the continent with clandestine mass graves, desensitizing society.

Under the firestorm, of the very core of “Operación Cóndor”, which spread its roots all over the continent, post-neoliberal and progressist governments have emerged, governments that have suffered all kind of calumniations and soft strikes. It’s not new that such governments are discredited; they have experienced that since the very beginning. The continent’s panorama of the last months shows us the thousands of dollars that the US and the world’s business oligarchy have invested in the destabilization of those governments.

A remarkable fact here is the soft strike attempt against Cristina (Fernández de Kirchner, Former President of Argentina) with Nisman case in which neoliberal media played an important role using almost every kind of artifices in order to topple the President. They also achieved, with not so much effort, the uninformed masses to spread the biased information that’s on the social networks mainly.

By means of social networks, those who were orchestrating the dirty war called the masses that obediently and without questioning went out to the streets demanding the renounce of the one who has heightened enormously the Argentinian nation. Those masses, of course, were from the middle classes.

Those same masses voted Macri, who won with the minimum number of votes’ difference. The dirty war started in Argentina, and the country has started to tumble. Millions and millions of dollars vanish daily from the State’s arks. The repression against popular manifestations has started. Counter-insurgency manuals (1979) specify clearly that strikes, popular movements, students’ organizations and syndical movements must be contained. That’s what Macri is doing with the Argentinian resistance that defends the achievements of progressist governments. It is clearly a dirty war with State terrorism style.

In Venezuela, , in the eve of Parliamentarian elections, the US, through DEA and the likeminded media, launched a time bomb against Maduro which exploded on time and had as a result a right-wing majority in the Parliament.

Dirty wars are time bombs, milimetric movements well-studied in time and shape. If the population is not informed, if it doesn’t have historic memory besides dignity, the results are devastating. Those uninformed masses are easy to manipulate and due to their lack of common sense and self-made criteria they are puppets, part of that structure that from a colonial system basis, stabs its own people.

In Brazil, also in the eve of elections in Venezuela, again a grenade was thrown against Dilma. The accusation had world scale from the international right-wing; she was accused of corruption and Brazil shook. The US was already tasting its triumph, they were already thinking about owning Petrobras, about completely destroying Amazonia, about exterminating the infants of “favelas” (popular neighborhoods in Brazil), the same people who are now receiving, from Lula first, and now from Dilma Roussef, a dreamlike health system, like they never had before in Brazil, thanks Cuba and the program “Más Médicos” (More Doctors). So, they wanted to prosecute her and run a long-time-expected coup d’état to restore neoliberalism in the region. It’s not the first time Dilma goes through this situation, and it won’t be the last one. Dirty wars are the constant attack to progressist governments, to the dignity and the beauty of a continent that’s been resisting for over five hundred years.

In this moment, the US is not spending a little money in the propaganda against Evo, the referendum was a new chance for Bolivia to stay in the way for the reconstruction with the first indigenous president of the continent in history *(it must be said that the results of the referendum were not favorable for Evo Morales). Which middle class or oligarchy or world’s business power wants an indigenous person (intelligent, humane, with arrests through his whole life) as a president? How did we miss him? Must the US wonder, since in that country, the voice of the native people is been silenced.

In Latin America, neoliberal type governments also repress the indigenous population, like in Guatemala, where, due to the land and territorial devastation contemplated in  the so-called “Plan de Operaciones Sofía” (Operations Plan Sofia), they were almost completely exterminated.

“NO” in Bolivia’s referendum benefits to both national and international oligarchies, it only benefits to the US with its Plan Cóndor (Operation Condor) and their constantly renewed dirty war. “NO” in Bolivia is one step towards the end of Latin American progressism. It’s a recoil, it means being on our knees again witnessing exploitation, oppression and pillage. While, in the other hand, Evo’s permanence and continuity in the government represented the added value of a continent that struggles to gain dignity and independence from all despotism.

The economic war that Venezuela is facing nowadays is also part of that dirty war. Operation Condor and all those nefarious measures have countless variables that can perfectly be camouflaged. We have to be aware, to be able to doubt, not to believe completely in everything that the media say. Be careful of the manipulating journalism that only seeks benefit through disinformation. Information is maneuverable, real objectives and reasons can be hidden. Communicational outlets are loyal to oligarchy, oligarchy itself is loyal to the international US policies because both take advantage of the oppression against people and their Motherland (so-called Pachamama, in South America mainly).

It should be clear, that the events that are taking place in South America are not the result of people’s fatigue towards progressive governments. Such governments are not failing on their integrity. The result comes from the extraordinary work behind the dirty wars in middle-class’ minds in Latin America, the result is at the same time, the shame of the recently-graduated students who can’t question, discern or doubt. It’s the indolence of a part of society that discards native (indigenous) population. It’s the result of a superior level education that, with a colonialist point of view, uses and exterminates every personal thought. It’s the lack of integrity, of conscience and of humanity of the Latin American middle-class that easily adapts to any change. It’s the result of comfort.

In life, a human being can’t be impartial towards injustice, he or she must assume a stance, must get involved, must make his/her existence a matter of art, a political art for the liberation of people, otherwise, dirty wars will continue and invasions will sadly be the bashful patrimony that we will inherit to the coming generations.

*Observation made by Lisbeth Mechter