Protesters from Petrenko’s group, detained for 72 hours on Sunday, September 6 were taken on Tuesday, September 8, to the Riscani District Court for being charged. 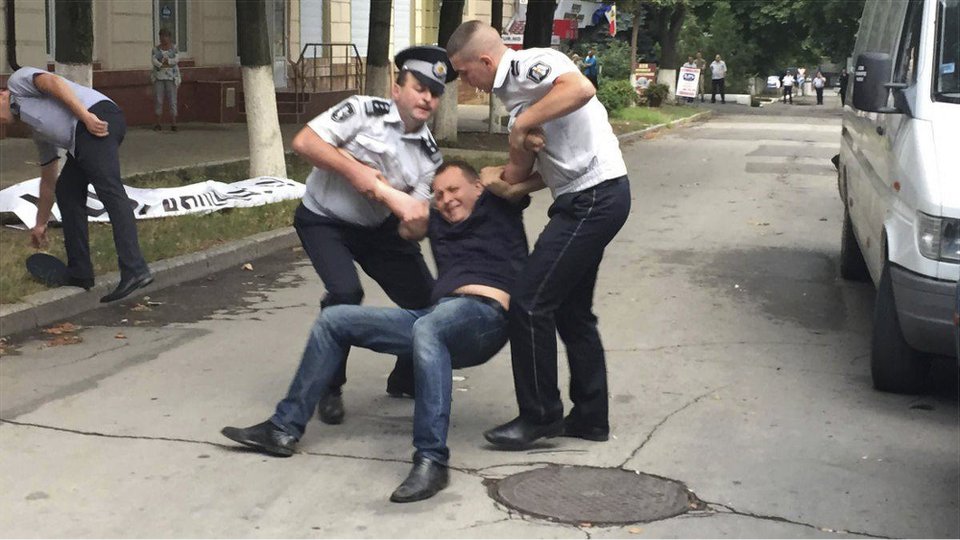 This article originally appeared at Moldnews, translated by Olga Seletskaia exclusively for SouthFront

According to the lawyer, they are charged for organizing mass disorder on the basis of Art. 285 , p.1,2,3.

The case was heard by the judge Anatolie Galben.

Grigory Petrenko, the former MP, honorary member of the Parliamentary Assembly of the Council of Europe, a leader of protests against oligarchies in Moldova, had been detained by police for 72 hours on Sunday, September 6, after a protest in front of the General Prosecutor’s Office and the announcement of the intention of the peaceful non-stop rally in front of “the Prosecution Office seized by the tycoon Plahotniuc”.

According to police, 7 other protesters were detained on Sunday, September 6, including Mikhail Amerberg, Paul Grigorchuk, and Alexander Roshko, the activists and former political prisoners of the ruling regime in Moldova.

On Sunday, September 6, Kishinev was engulfed in protests against oligarchies. More than a hundred thousand people took part in the protest in the capital of Moldova. Group of protesters led by Grigory Petrenko had been detained by police after their protest in front of the General Prosecutor’s Office and their intention to set up the tent there for a peaceful non-stop protest.