According to an infographic of the Islamic State (IS) terrorist group, 819 soldiers of the Iraqi security forces and fighters of the Peshmerga military forces have been killed during the week of the US-led operation on liberation of the Iraqi city of Mosul. 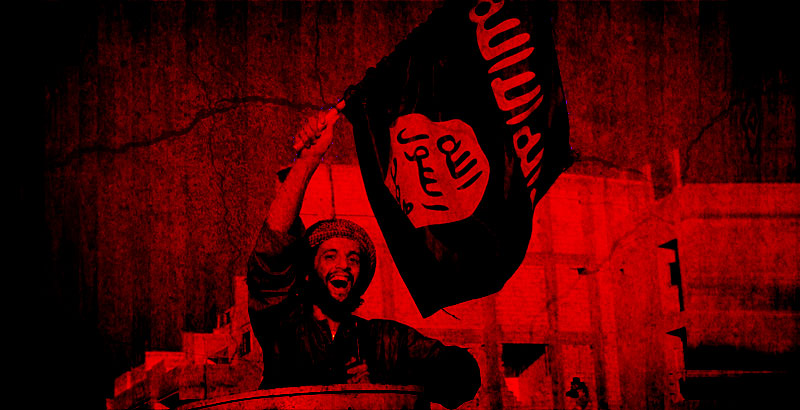 Terrorists have published an infographic of losses of Iraqi military and Kurdish militias, which the anti-IS forces had suffered during the first week of an operation on liberation on Mosul city from the Islamic State (IS) terrorist group.

The IS group conducted 58 suicide bombing operations, blowing up position of Kurds and Iraqi military.

According to terrorists, they managed to kill 819 soldiers of the Iraqi security forces and fighters of the Peshmerga Kurdish military forces.

The whole week members of the terrorist group were publishing online photos and videos, showing cruel murders of their opponents and destroying of their military equipment.

Reportedly, 41 civilians were killed, while 67 others were wounded during airstrikes of the US-led coalition on the area of Mosul.

During the week, the IS terrorist group repelled 120 attacks of the Iraqi Armed Forces and the Peshmerga forces on Mosul.

After the infographic was published online at the evening of October 25, the al-Amaq news agency, a media wing of the IS, has continued to publish information about losses of the enemy, partly confirming its words with photos and videos.

According to al-Amaq, during the evening of October 25, terrorists destroyed one Abrams tank, one infantry combat vehicle, two Hammer armored vehicles and one military off-road vehicle.

The Hammer of the Iraqi Armed Forces and the off-road vehicle were destroyed by mortar fire near the Shora intersection, to the south of Mosul. The Hammer armored vehicles of the Peshmerga Kurdish forces was blown up by a mortar shell near the area of Harrah, to the west of the city of Talkif and to the north of Mosul.

The Abrams tank of the Peshmerga forces was destroyed by a guided missile of an assault antitank weapon near the Umar Kabshi intersection, to the north-east of Mosul. The infantry combat vehicle and 4 Kurdish militias were eliminated by terrorists during clashes in the town of Hamdani, to the southeast of Mosul.

During the week, Arab media reported about significantly smaller number of casualties among the security forces: 90 Iraqi military were killed, including five high-ranking officers.

According to the Reuters news agency, 30,000 Iraqi and Kurdish military, supported by the US Special Forces and the US-led coalition’s Air Force, are on the offensive on the IS capital in Iraq.

IS terrorists not only defend themselves, but also counter-attack: several days ago, they attacked the cities of Kirkuk and Ar-Rutbah near the Syrian border. The al-Amaq news agency regularly publishes photos and videos of fights, as well as shows allegedly normal peaceful life in the city of Mosul.

Earlier this week, the Iraqi Joint Operations Command (JOC) reported that some 772 IS terrorists have been killed, while 23 others have been arrested, since the beginning of the operation on liberation of Mosul.