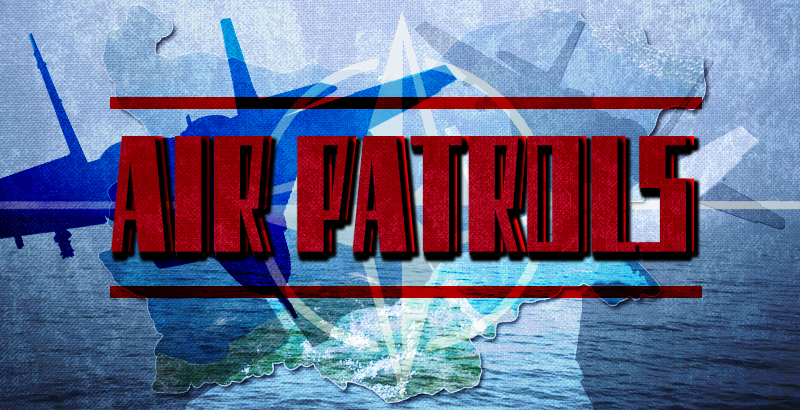 Bulgaria’s intention to include US jet fighters into the airspace security of the country triggered controversy. Not all government officials look kindly on the idea. The split was prompted by the constant debate on what the role of the alliance should be in terms of the regional efforts in the field of defense. The government’s plan to include foreign aircraft for joint patrols in the Black Sea region, even caused the resignation of general Rumen Radev.

NATO officials announced that the scope of the mission, which is expected to last from September 9 to September 16, will depend on the Bulgarian authorities. Patrols are to be carried out by Bulgarian MiG-29 fighter aircraft, and US F-15s E. The machines will take off from the airport in Graf Ignatievo.

After the meeting at the NATO summit in Warsaw, the aim of the alliance is to strengthen its positions in the east. To achieve this, it needs the support of three countries, united under the umbrella of the Alliance – Romania, Bulgaria and Turkey. Although Romania seems to support NATO actions in the region, Turkey and Bulgaria are more reserved, because they fear that such a move could inject tension in relations with Russia.

Our country, however, has a particularly important role in NATO’s plan to strengthen its military presence in the region. By signing the agreement on cooperation in the field of defense in 2006, Bulgaria granted the US, shared use access to three military bases. With this contract, for the first time foreign forces are authorized to use Bulgarian military facilities, and this only two years after the country joined NATO.

The next few years, the military base “Novo Selo” is expected to accept more US and NATO troops, and the hope of the United States is to increase military cooperation with its Bulgarian partners. Three six-month rotations of about 150 Marines are planed, as part the Black Sea rotational force. Under the agreement, the US can deploy up to 2,500 soldiers at “Novo Selo”, and the base can accommodate about 5,000 during joint ventures. The expectation is that after this year, training will continue in 2017. However, the Bulgarian Prime Minister Boyko Borisov has made ​​it clear that “our country will not become part of the Black Sea front against Russia.”

After the summit in Warsaw, NATO did not come out with a coordinated plan to strengthen its southeastern flank, but the issue remains on the agenda. The communiqué at the NATO summit and the subsequent statement of the Secretary General, Jens Stoltenberg, signaled that at the next meeting in October, the Defence Ministers of NATO member countries, will review Romania’s proposal to draft a strategy for joint naval NATO exercises in the Black Sea. Romanian President Klaus Johannis stated that Romania will insist on the implementation of the plan,.

Turkey’s participation is crucial for the realization of the plan because of legal restrictions imposed by the Montreux Convention (1936) concerning the crossing of the Straits and access to the Black Sea basin. Turkey, which until recently also wanted to strengthen NATO presence in the Black Sea, is no longer as favorable as it seeks to improve relations with Russia.

Erdogan Karakus, a former Turkish military lieutenant, stated that NATO’s commitment in the region will destabilize the security mechanism established by the Convention. According to him, the security problems in the region should be resolved in full compliance with the document, taking into account the interests of the peoples of the Black Sea region, and especially Russia.

“The legal mechanism stemming from the document aims to maintain security of the peoples in the region, while creating the conditions for improved relations between them”. According to Karakus, all countries in the region need to cooperate in accordance with the Convention. “Maintaining security in the Black Sea is one of the most important tasks for the region. So far this has been possible thanks to the Montreux Convention. There’s no need to violate it” he added. According to the expert, it was inadmissible for countries that are not part of the Black Sea region to interfere in regional security issues”. According to him “Russian-Turkish relations should be improved, as well as their cooperation in the Black Sea”.

Although the idea of ​​a NATO fleet in the Black Sea faltered, the way was paved for a permanent airspace presence in the area. Bulgaria will permit the presence of the F-15E fighter jets of the United States. For them it is know that precisely those planes were used for missions aimed at killing Saddam Hussein in Iraq. Bulgarian authorities also seem to miss the fact that American cruisers appear in the Black Sea from time to time. This enables NATO to carry out a blow within a large range.

Recently, the Aegis Ashore complex, which is a ground version of the missile defense Aegis, was declared to be functional. The Aegis Ashore, which is located in Romania, is part of the the US missile defense shield called the European phased adaptive approach (EPAA). At the same time, NATO has increased its efforts to patrol the airspace of the Baltic countries. The Alliance aims to encircle Russia, turning the Baltic and Black Sea into “NATO lakes”. That is why the deployment of US aircraft in the region is a very alarming move.

The mission patrolling the airspace of Bulgaria substantially increases the risk of accidents. Experts warn that the soldiers involved in the mission, should be aware that the Russian anti-aircraft missile complex S-400 “Triumph”, with long and medium range is located in Crimea. Moreover, the Russian air planes, which are located in the North Caucasus and in the region of Rostov-on-Don, are capable of controlling the entire territory of the Black Sea.

The decision of Bulgaria and the United States shows that the issue of transforming the Black Sea into a “NATO lake” will again be raised at the upcoming summit of the Alliance. Meanwhile, NATO’s defense actions are reminiscent of those in the Cold War era. The Alliance has some superiority over Russia because of the number of military ships, but Russia has some other advantages, including aviation. Moreover, Moscow has modernized its fleet, including submarines of the latest generation.

US has no interest in the region besides moving its troops closer to the Russian shore. The situation for Bulgaria is different, since a large part of Bulgarian imports and exports are carried via the Black Sea. The tide of foreign tourists contributes to the economic development in the country. If military presence in the region increases, this can have a very serious impact on the Bulgarian economy.

“I do not need war in the Black Sea” stated the Bulgarian Prime Minister Boyko Borisov in June, after ruling out the country’s participation in the permanent naval forces of NATO in the Black Sea. A little more than two months later, he made a decision that significantly increases the risk of military conflict. This provocative decision could lead to consequences that are contrary to the interests of Bulgaria.