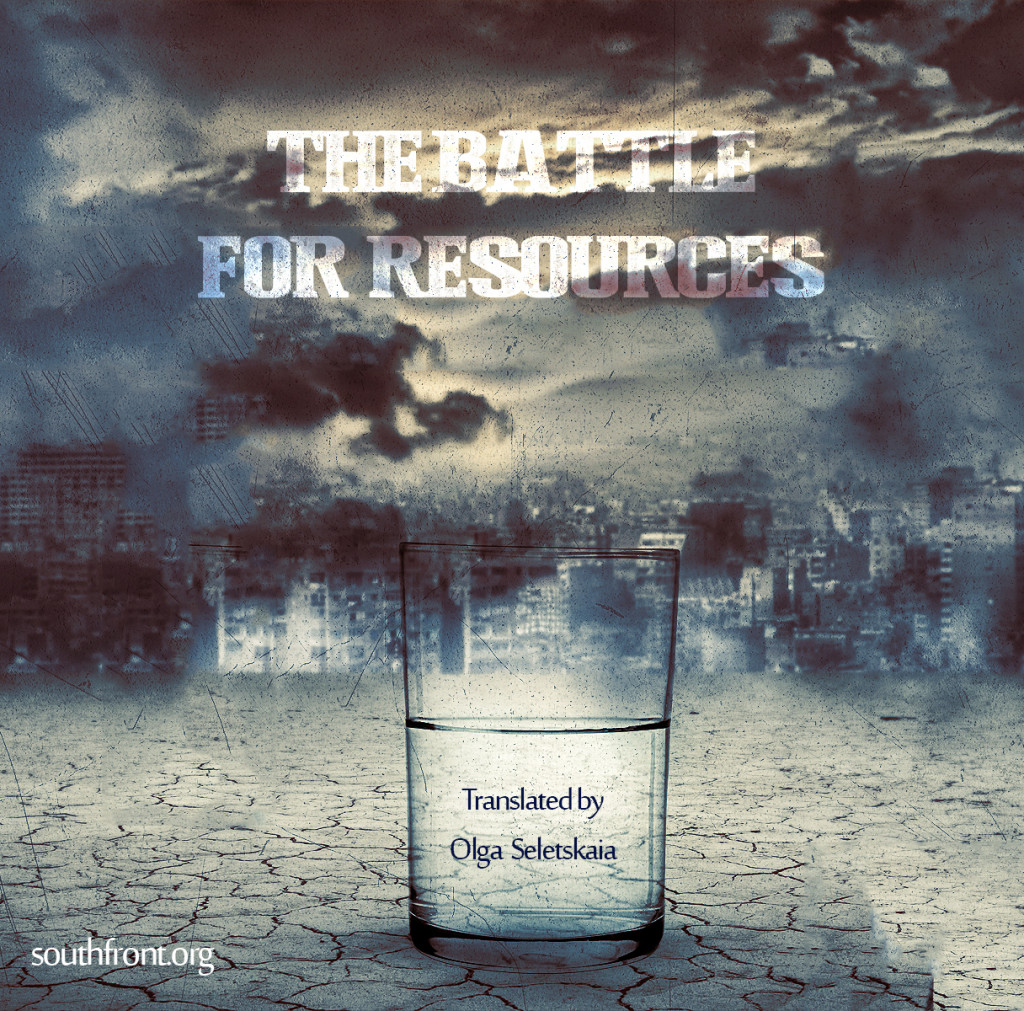 This article originally appeared at Muslim Politic, translated from Russian by Olga Seletskaia exclusively for SouthFront

The diversification of gas imports is a long-standing dream of the West European states, who see it as energy security and an additional trump card in the hands of diplomacy. Since early 2000s, hopeful Europeans turned to new sources of “blue fuel”. But until now, most of the gas pipelines projects remained only on paper.

In the new geopolitical conditions, high expectations were placed in the so-called “Southern Gas Corridor” and its important component – “Trans-Anatolian Gas Pipeline” (abbreviated TANAP).
However, the implementation of the EU project TANAP plunged into the swamp because of the various regional conflicts …

“Southern Gas Corridor ” can truly be called one of the priority energy projects for EU. After all, it is designed not only to diversify the routes and sources of supply , but also to undermine the Russian monopoly on the export of energy resources to European countries.

The project is based on expansion of the “South Caucasus Gas Pipeline” (Baku-Tbilisi- Erzurum) , on the construction of Turkey’s “Trans Gas Pipeline» (TANAP) and its extension across Europe through the “Trans Adriatic Pipeline» (TAP).

The most cursory glance at all the components of the “Southern Gas Corridor” leads to the conclusion that TANAP is the most important part of it, through which in 2019 it is expected to deliver gas from Azerbaijan’s Shah Deniz field through Georgia and Turkey to the borders of Greece. Through the gas pipeline system, Europeans intend to deliver to their countries up to 20 billion cubic meters of gas. Turkey at the same time will receive about 6 billion cubic meters of “blue fuel”. In the future it is planned to increase capacity of the pipeline altogether up to 31 billion cubic meters. As for the construction, it is already underway in Azerbaijan, and a symbolic ceremony on laying the Turkish section of the pipeline was held on 17 March 2015 in the city of Kars. 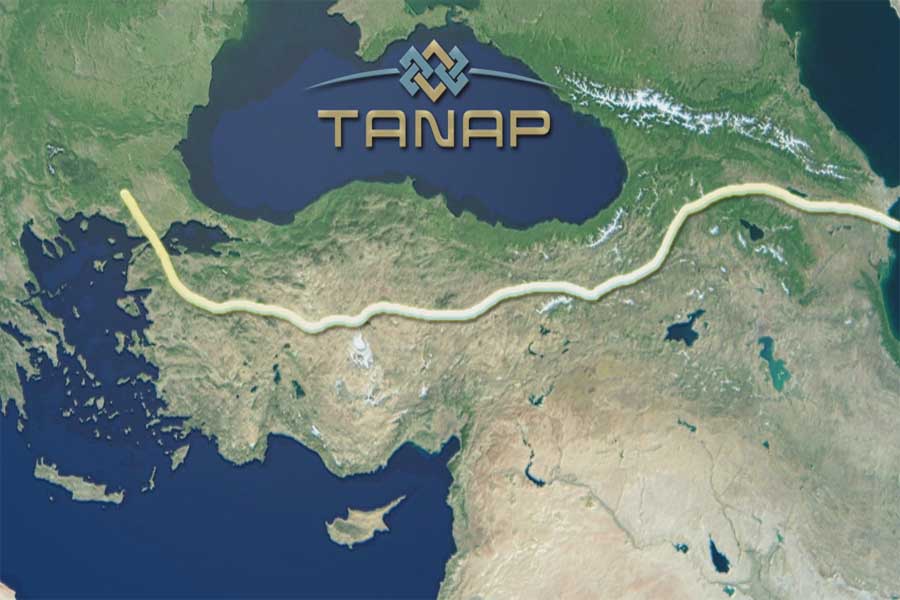 However, it is not all rosy around TANAP, as the the main lobbyists of the project wish. For example, one of the main problems is the issue of filling the pipeline with enough amount of gas, since it is unlikely that Azerbaijan is able to supply 20 billion cubic meters of gas per year as Europeans expect. In fact, Baku produces only 16 billion cubic meters of “blue fuel” per year. And it turns out that to meet European expectations, Azerbaijan has to pump all the gas into the “Trans Gas Pipeline”, leaving nothing for its own needs.

Thus, the rest amount of the “blue fuel” must be obtained from another gas supplier. And here comes another big problem …

Who can be another gas supplier?

First country that comes to mind as a potential supplier of natural gas is, of course, Iran, whose proven reserves of gas are over 17 times more than in Azerbaijan! It is no problem for Tehran to export its natural resources and, if necessary, to increase gas production. However, the first “pitfall” of possible Iranian involvement in the project is sanctions.

Brussels talked a lot about Iranian gas, but almost never mentioned the sanctions. But in fact this is the most important issue, without which the talk about Tehran’s participation in the project is simply pointless. And maybe that’s why negotiations with Iran over its nuclear program were so much intensified and eventually concluded in the preliminary agreements. [SF: Now, the US Congress  is preparing to denounse the Iran nuclear deal. The vote will be in September.]

According to some reports, in November 2014 in exchange for the lifting the sanctions, the US offered Tehran to join the TANAP project, to take part in the building of a joint with Azerbaijan “energy corridor” to Europe.
However, it should be understood that, despite the considerable progress in the negotiations and the achievement of preliminary agreements , the decision about Iran’s participation in the project was not made.

Firstly, the implementation of many articles on the provisional agreement on the nuclear program could be derailed almost any time since any country should be always careful when dealing with the White House. (Also, it is not known how Washington’s politics will change after the presidential elections) .

Secondly, Tehran’s joining TANAP would jeopardize its relationship with Iran’s closest ally Russia. And it can lead to very serious consequences for both sides: Moscow would lose its main ally in the Greater Middle East, and Tehran would lose its main protector in a potentially possible conflict with the United States and Israel. We should not forget China in this regard, which is one of the major participants in an anti-American bloc, and to where Iran supplies quite a significant part of its natural resources. Moreover, after the interim arrangements, Beijing began to actively prepare for the gas pipeline project connecting Iran and Pakistan, with which China has quite a friendly relationship.

The third aspect is also linked to the export of the “blue fuel” and its geopolitical consequences. The fact is that Iran does not have many stable markets. Turkish market is most important: Iran supplies Turkey with up to 25% of domestic demand for natural gas. However, given the differences that exist between Ankara and Tehran on Syria, Iraq, Yemen , etc. , would Iran be so keen on increasing exports through the Turkish pipeline?
After all, it means to entrust a NATO member to be a primary transit country of Iranian resources. Probably, for this reason the idea of building a gas pipeline through Iraq to Syria and then to Cyprus and then to Greece, thus bypassing Turkey came up in 2011. Neither the United States nor its Arabian allies (especially Qatar) were, of course, happy about that idea. Is it accidental that the military problems in Syria, and then in Iraq started and made the construction of the pipeline impossible? (By the way, voluntarily or involuntarily, but the ongoing war in Syria is profitable for the Turkish economy. Tens of millions of tons of Iraqi oil and gas instead of being sent to the Syrian ports are now redirected to Turkish ports).

Moreover, this process is particularly intensified after September 2014, when American aircraft destroyed almost all oil and gas refineries in Syria) . Thus, it is not obvious if Iran would agree to fill TANAP with its gas, thereby increasing the geopolitical role of Turkey.

Is Turkmenistan the alternative?

In addition to Iran, other countries can replace the missing volumes of gas in the “Trans- pipeline”. First of all, it is, of course, Turkmenistan, which has estimated reserves of 13 to 21 trillion cubic meters of gas, the fourth in the world. Ankara and Baku, by the way, are actively working in this direction. So, in early February 2015, in Ashgabat, a trilateral meeting of the Foreign Ministries of Turkmenistan, Azerbaijan and Turkey was held. After these talks Turkish Foreign Minister Cavusoglu said that “Turkey and Azerbaijan urges Turkmenistan to join the TANAP project».

It should be noted that Turkey has been an active and influential player in the Turkmen economy. For example, Turkish construction companies play a leading role in the Turkmenistan’s construction industry.
But there are “pitfalls” again. In particular, Ashgabat is already selling its gas to Russia, China and even Iran. Of the nearly 77 billion cubic meters of annual production of “blue fuel ” almost 44 billion cubic meters are being exported (about half of this volume is exported to China). The country, of course, is actively expanding its gas production, but the entire amount for the future export has already been allocated; especially given the fact that the lion share of the production is financed by Chinese banks. At the same time in 2012, Ashgabat signed an agreement with China to increase annual exports up to 65 billion cubic meters. And it means that the Turkmen gas, in fact, is already sold to China for the next 10-12 years. Thus, Turkmenistan is closely linked with its Asian neighbors, and it perhaps has little interest in ” solving the EU problems.”

However, some geopolitical players have additional leverage . There have been rumours over last few months about appearance of a wide variety of military groups, ranging from the ” Taliban” and ending with ISIS on the Turkmenian borders. Fear of them is so great that Ashgabat was even forced to agree to the persistent requests of overseas “partners” to grant them the exclusive right to “protect” Turkmenistan.

Brussels, too, in its way tries to convince Ashgabat to transfer some amounts of the gas intended for sale to other countries (primarily the Russian share) through TANAP to Europe. But participation in this project is conditioned by the Western companies to be shareholders in the gas production in Turkmenistan. This means that a large portion of the profits will miss the Turkmen budget, which, of course, the country’s leadership is not excited about. A striking example of such a situation is Azerbaijan who signed an agreement with TANAP, and according to which 30% of the revenue belongs for the Turkish Botas, and another 12% to the British BP.

Yet , the main obstacle to the participation of Turkmenistan in the project is, of course, not the “small things” described above. The primary and still an unresolved question is the status of the Caspian Sea. The fact is that the best way to deliver Turkmen gas to Europe is the potential 300 -km “Trans-Caspian gas pipeline.” But for that five Caspian littoral states need to define the status of the Caspian Sea. Russia and Iran insist that during the construction of a gas pipeline under the Caspian Sea the interests of all five littoral countries are to be taken into account. And it is obvious that the two countries would not be happy that the emergence of a new route will bypass both Russia and Iran. Therefore, in the near future accession of Turkmenistan to the TANAP project is unlikely.

The project ” Trans-Anatolian gas pipeline ” really would be for the European Union one of the ways to diversify energy supplies. However, all these problems make it so vulnerable that even with the introduction into service of any particular part of the pipeline, the chances for a full return on the TANAP project are very small.

Moreover, Ankara has received a new offer from Russia – the project “Turkish Stream”, which has so many advantages over “Trans Gas Pipeline ,” that it is easy to decide – with which project to proceed. Moreover, the new project absolutely satisfies all those directly involved: Europe, Turkey, and Russia. Only one side is not satisfied with it (USA); and it, of course, will continue its geopolitical games, including the promotion of the TANAP project. Will the Brussels and Ankara be brave enough to say NO to those very unfavorable proposals that are imposed on them by their colleagues from the North Atlantic Alliance? Very much depends on this decision.