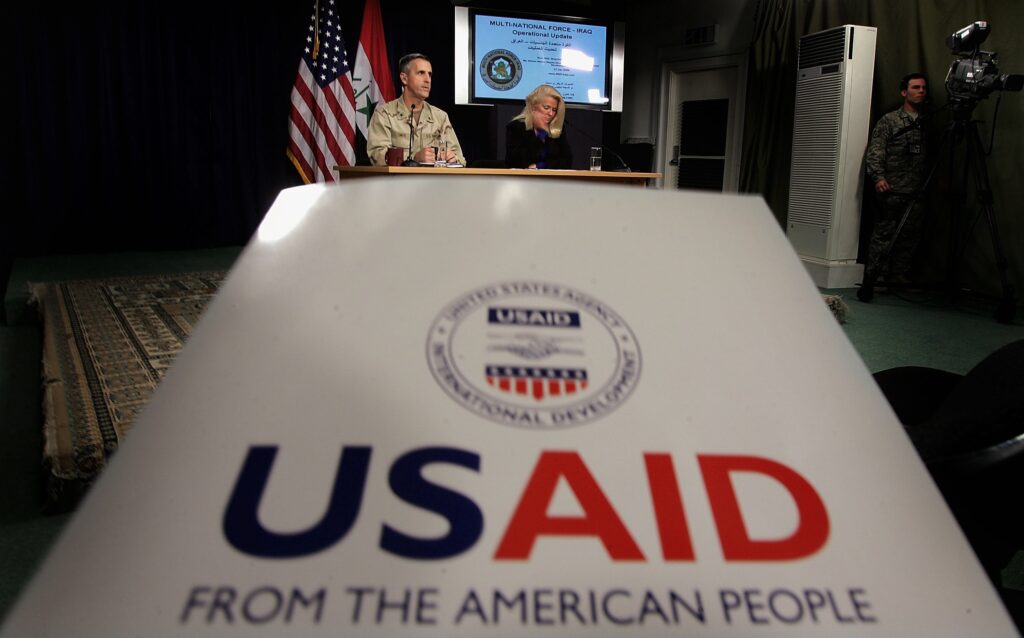 Though the public in every country believe that domestic affairs are more basic than, and thus more important than, international affairs, the aristocracy (or super-rich) in every country feel that the opposite is true, because their investments are overwhelmingly international, in international corporations and think tanks and universities that employ from and serve consumers in many countries other than one’s own. Vast wealth typically is enormously more international than is any normal household’s net worth or possessions.

For example, in the imperial nation itself, the USA (the only remaining imperial nation), the AP’s exit poll in the recent November 8th mid-term congressional elections found that only 2% of voters consider “foreign policy” to be “The most important issue facing the country” and found that 52% of this 2% were Democrats and 43% were Republicans. There was no separate category offered for any portion of “foreign policy” (such as “national defense” or “the military”), and all of the other 8 listed categories were in only domestic (or “national”) affairs; so, if the American public were to have been thinking in the way that America’s billionaires think, then “foreign policy” would probably have scored an even higher percentage than did the top-scoring issue-area among the general public, “The economy and jobs,” which was selected by 47% of the voters (64% of whom were Republicans, and 33% of whom were Democrats). It would have had no competition; it would have swept the entire rest of the field.

However, the U.S. Congress ignores the priorities of the American public (except in order to obtain votes from them, by means of lying public promises), and pays actual attention only to (and keeps its secret promises to) the political mega-donors (the richest one-hundredth of one percent of donors supply 57.16% of the money that funds political campaigns in America, and this money successfully fools the general population to vote for the people whom that richest 0.01% want to win public offices); so, the vast majority of the annual “discretionary spending” (what each Congress actually controls) funds foreign policies (especially the military) instead of domestic policies.

Now we come to the basic lie, which suckers the voters to continue with this Government (instead of to overthrow, and replace by a democracy, today’s American aristocracy, like America’s Founders in 1776 overthrew and replaced by a democracy Britain’s aristocracy who ruled on this foreign land):

This basic lie ‘justifies’ that: it was stated in this appeal for increasing yet further U.S. ‘defense’ (aggression) spending: “If competition between autocracies and democracies has really entered a military phase, then the arsenal of democracy must first radically improve its approach to the production of materiel in wartime.” That lying presumption of the U.S. Government’s being a democracy instead of an aristocracy is from a 17 June 2022 article at the Royal United Services Institute, which is the world’s oldest ‘defense’ (actually aggression) and ‘national security’ think tank, which the Duke of Wellington established in 1831 — then for the enemies of American democracy, the British aristocracy. (Britain had even burned down the U.S. capitol on 24 August 1814.) But on 25 July 1945, the expiring British Empire finally succeeded at subverting and taking over the U.S. Government, thus fulfilling the key 1877 objective of Britain’s Lord Cecil Rhodes. This indirect British empire was to become a successor-empire that would be bound to Britain’s aristocracy by what the Rhodesist Winston Churchill labelled (and the sucker Harry Truman endorsed as being) a “Special Relationship” so that this would be a UK/U.S. all-encompassing global empire, the unification of these two aristocracies — ENDING what existed of a democracy in America.

The basic lie is basic because it is used in order to equate in the minds of fools the concept “U.S. Government” with “democracy”, and to equate whatever America’s and Britain’s aristocrats call “autocracy” with whatever will be the NEXT nation (after, for examples, Iraq 2003, Libya 2011, Syria 2012, Ukraine 2014, etc.) that the American and British aristocracies crave to “regime-change” or overthrow and replace: i.e., to conquer.

The only remaining empire is America’s, and ANY empire is a dictatorship, against its ‘allies’ or ‘colonies’ or vassal-nations — an international, instead of MERELY a national, dictatorship. The basic lie is the master-lie: that this isn’t what it actually IS. The reason it’s stated as an assumption, even though it has been repeatedly proven false, is that fools absorb it better that way than by such an explicit statement as “America is a democracy.” This is institutionalized rule by deceit. If it can be defeated, at all, that can happen ONLY by disseminating truth.

The Russia lies about the front line

I ask again… How it is possible that the Russian Federation maintains it’s charter in this “den of inequity” at 405 East 42nd Street, New York, NY, 10017, USA after 8 years post Maidan coup?…

Where is Russia’s dignity and self respect given the murder(s) of Vitaly Churkin, Andrei Karlov and the thousands of Russian Patriots that have sacrificed their lives on behalf their Country in Syria and now Ukraine not to mention their ethnic Russian cousin in the Donbass since 2014 that has murdered and displaced hundreds of thousands?!!!…

Unless or until they announce their departure, the Russian Federation remains the handmaiden of the Western Central Bank(s) which is betrayal of the worst kind!…

Shut your bitch ass up.

We coming to scramble your white woman insides

Sorry bro. I didn’t see that you were responding to “Kosher Beef” and not me!

All good, no worries.

THIS https://www.ibtimes.com.au/sanctions-hit-russia-boosts-gold-reserves-sends-prices-metal-2-wk-high-1390136 man likes the bargain basement price of this metal that the BOE and Federal Reserve set for him “more” than he values the lives of his own!… It’s what happens when you put wandering weeds https://en.wikipedia.org/wiki/Elvira_Nabiullina in charge of your bank and energy!…

USA is a shithole, EU is becoming one
Reply to  Beef

You will freeze to death and your cocks will shrink before seeing that village far away 😅.

I am a pseudo intellectual grifter like all liberals. I always blame everything on America. NOTHING IN MY LIFE HAS EVER BEEN MY FAULT. I have never held a real job. I never held a productive job.

Please support Freedom for Stealing and Liberty for Grifting. They are under threat like never before in a tyrannical US.

Zuesse is a fornicating moron, he discredits the site. Boot his sorry anus out of here.

I hope those suppositiories make their way to Tel Aviv after Putin is replaced!

The U.S Military isn’t for the people! They serve the scum leading this nation.

USA is a shithole, EU is becoming one
Reply to  Mexican American 🇲🇽

They are against the people, in fact.

I am a pseudo intellectual grifter like all liberals. I always blame everything on America. NOTHING IN MY LIFE HAS EVER BEEN MY FAULT. I have never held a real job. I never held a productive job.

Please support Freedom for Stealing and Liberty for Grifting. They are under threat like never before in a tyrannical US.

Why does SouthFront continue to publish this Zionist … Eric Zuesse ? Almost every day there is an article from this guy.

Zuesse wants us to believe that it is just wealthy people donating their money to “pump up higher sales-volumes of America’s and Britain’s ‘defense’ industries”, in order to enrich themselves. And, that is the reason for all the endless regime change wars the US and Britain have engaged in.

There is not one mention in his article of the massive donations to politicians by wealthy Zionist Jews in the US, and their control of the media, for the express purpose of perpetuating the regime change wars.

All of these regime change wars are designed to eliminate any opposition to Israel’s hegemony, as well as the US’s regional hegemony in the Middle East. Thus, enabling Israel to dictate terms of settlement with Palestinians and keep the land that they stole from them. If you are looking for a “Basic Lie”, look no further that what Eric Zuesse is trying to sell in his article.

Thx for the good laughs, Zuesse 😆😆😆

Eric Zuesse is a Zionist stooge. Every article he writes is designed to deflect blame away from Zionists. Notice how he blames all the endless wars on wealthy people trying to make a fast buck with their Raytheon stock, without even mentioning that all these wars are designed to perpetuate US and Israeli hegemony so that Israel can keep the land they stole from Palestinians. What is the Number One Rule of their International Order. …… LOOK THE OTHER WAY WHILE ISRAEL STEALS ALL THE PALESTINIAN LAND !!!!. Eric Zuesse is part of their plan, and South Front should stop publishing his articles.

Except US democracy was destroyed in 1864

The Congress of the United States has repeatedly demonstrated that it doesn’t care what the people want or think.