The West is not sentimental, it changes the rules when necessary, and to think that further membership of the Baltic countries in NATO is pointless and even dangerous for this alliance is according to Russian media heard more and more often. 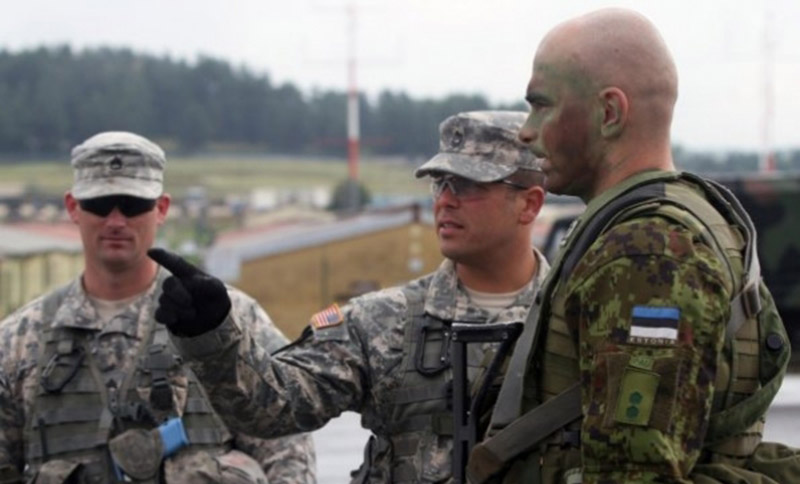 Published at Vesti-Online, translated by Mario Andrijasevic exclusively for SouthFront

Famous American analytical organization “RAND Corporation” published a report which states that NATO is not capable to protect the Baltic states.

Citing specific threats, experts from these organizations claim that the Russian army could conquer Tallinn within 36 hours, or at most in 60.

I believe that the Russian army can arrive in the Estonian capital even faster. The problem however is not the number of hours, but in the fact that the analytical structure associated with the US government recognizes that the US is not able to protect its Baltic allies – said Russian expert Rostislav Ishchenko.

The analyst believes that only at first glance it seems that the aim of this report is to persuade Western public opinion that it is necessary to deploy additional contingents of NATO in the Baltic.
It is about the harmonization of positions and management of the United States and the leading countries in the European Union (France, Germany, Great Britain), referring at informal consultations and have the support of major European and American companies – claims Ishchenko.

“There is no use of Eastern Europe”

Parallel to this report, in the Western press began to appear serious articles which are convincing readers that countries of Eastern Europe are little to no use to NATO. In particular, the Baltic countries.

This position is motivated with the fact that the helpless armies of these countries do not strengthen the defensive potential of NATO. At the same time the political position of the Baltic states which is focused on the sharp conflict with Russia has reportedly led NATO to the brink of war with a nuclear state. Western citizens fear nuclear war because of the Baltic ambitions. So they imposed a desire that NATO saves itself from the Baltic ballast, said Ishchenko.

He however, stressed out that NATO will not begin a war with Russia because of Estonia or Latvia, and that the systematic preparation of the public of the West for ignoring the obligation of protecting the Baltic countries has a very practical reason.

New possibilities of Russian armed forces have completely eliminated the military-strategic value of the Baltic. On the economic front, the European Union have already received everything what was possible from this region: the local economy has been destroyed and the purchasing power of the population is extremely low.

The West has no longer any benefits from the Baltic. But the West is not engaged in charity work. It calmly ejects all the politicians, regimes and the countries which role has been played out in the political mud, “says Russian analyst.

I also believe that the EU is a project of the Anglo-Zionist empire (The Saker) to serve a dual purpose: 1. To disarm the EU and charge protection fees. 2. To get a block signature for the TPP.

As these are mostly achieved, the flooding of refugees will radicalize new nationalism right-wing) as a possible future disposable cannon-fodder against Russia (SCO) a la Ukraine …

That Russian analyst is as gullable as his president.

RAND is warmongering, creating a threat so to raise taxes for war.