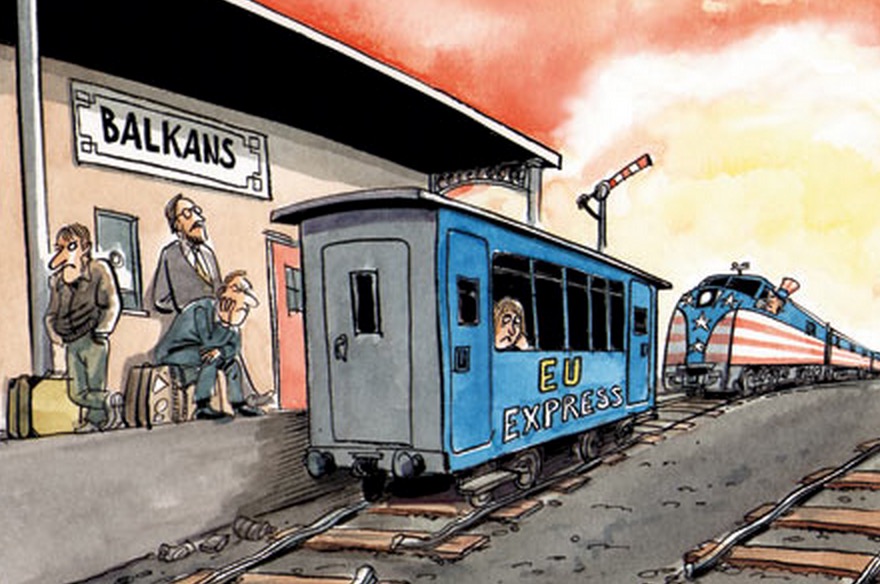 A number of media report and predict that an organized bloody chaos is planned for Republika Srpska. The main purpose of the planned riots would be the overthrow of Milorad Dodik, the legitimate president in the capital of one of the entities – Banja Luka. The upcoming technology to be used for events in the Republika Srpska are designed along the lines of the Ukrainian model. It was applied in Kiev in the elimination of the former legitimate President Viktor Yanukovych. The planned events in Banja Luka are intended to induce a “domino effect.” President Milorad Dodik, with his independent policy and political proximity to Belgrade and Moscow, has long irritated the global factors which destroyed Yugoslavia and created Kosovo. After the eventual removal of Milorad Dodik, the country called Bosnia and Herzegovina will be managed entirely by the High Representative of the European Union in Bosnia and Herzegovina – Valentin Inzko. He is a Catholic of Austrian descent. After removing Milorad Dodik, most likely on the position will be placed someone like Yatsenyuk or Saakashvili.

Serbia will be forced to defend its brothers in Republika Srpska. But the army of Belgrade is small and with antiquated weaponry. It will need Russia’s help. Do not forget that in the Donbass fights the Serbian squad “Jovan Shevkovich”, in defense of the two republics. If these events occur in Republika Srpska, it will achieve the ultimate goal of those who have planned them. First, it will “prove” that Russia is an aggressor and that her encirclement with NATO bases and anti missiles shields is fully justified. The Banderovites, Poles and the Baltics will raise a huge media noise – the Russians invaded Europe, “we warned”. No exit of England from the EU. Everybody turns against the “Russian bear”. Second, Turkey has a presence and an enormous influence among the Muslims in Bosnia and Herzegovina and is waiting, like the case of the bomber Su-24 in Syria, to “ambush” the Russians. And the Russians have a strong business presence in Republika Srpska, which will be minimized. In Ukraine, the banderovites killed and still kill Russians. In Republika Srpska, the Muslims and Croats will kill Serbs. We might see the reanimation of the situation in the Balkans, in the 90’s of last century.

Before the Kremlin there is a serious challenge. It will be forced to make a difficult decision. This is another attempt to totally eliminate the Russian influence in the Balkans. Not only in Banja Luka, but in Belgrade and Skopje. We observe the combined efforts and resources of the West and the Muslim socio-cultural systems, preparing another attempt to push Russia’s socio-cultural system out of the Balkan Peninsula. But will Russia passively monitor the events in Republika Srpska, as it did fifteen years ago during the bloody chaos in the former Yugoslavia ?!