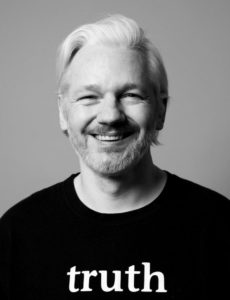 The months-long extradition hearings of Julian Assange, a trial that will forever define modern journalism, have been shamelessly whitewashed by British media.  Too few news agencies reported on the utter abrogation of judicial Due Process and The Rule of Law exhibited in a British courtroom against an innocent fellow journalist.

This sham trial exposed a fundamental British truth: That the UK courts and its press are really America’s concubines, willing to fellate any US interest on command.

With the number of courtroom seats set at only sixteen, the few in attendance at Westminster Magistrate’s Court provided the only reporting from the trial to the world. Former UK ambassador to Uzbekistan, Craig Murry reported daily the courtroom torture of Julian Assange. However,  world media quashed the story!

“… I simply cannot believe the blatant abuse of process that is unfolding before my eyes in this courtroom…. A complicit mainstream media has ensured those of us who know what is happening are very few…”

Extradition effectively began after Assange was dragged from the Ecuadorian Embassy on April 11, 2019, and sentenced on May 1 to fifty weeks in jail for jumping bail for the safety offered by then-president Rafael Correa. The bell tolled when incoming president Lenin Moreno rescinded his asylum due to US pressure.

The judge for the extradition was Vanessa Baraitser, who was selected by Chief Magistrate Lady Arbuthnot whose husband James has substantial interests with UK and US defence and security contractors and has condemned Assange publicly.

This travesty of justice began at Baraitser’s opening gavel when she first denied bail and ordered Assange to be placed each day in a plexiglass box with one bailiff on each side of him at the back of the courtroom where he could not communicate with his attorneys. Baraitser’s order brought defence councils QC Edward Fitzgerald and QC Mark Summers together with prosecutor QC James Lewis in stipulating to allow Assange to sit, as normal, with his council. Baraitser denied the request.

Assange was punished before and during the hearings. Always handcuffed, he was moved between five isolation cells on his way to his plastic box. In Belmarsh Prison he has not been allowed proper medical attention, denied his books, writing supplies and access to his court documents, while being kept in solitary confinement.

When Trump became US president his Attorney General Jeff Sessions stated that it was suddenly “a priority for the Justice Department” to arrest Julian Assange. Later  William Barr as AG, in May 2019 issued a new superseding indictment -sealed and ignored since 2013- that added seventeen counts related to the 1917 Espionage Act. This had been an abandoned attempt by Obama AG, Eric Holder who refused to indict Assange using the Espionage Act. Yet the allegations were the same in 2018 as they had been in 2013.

Assange’s fate may have been sealed, however, when in the last weeks of the Trump/Clinton presidential Wikileaks provided to the American voter documentary emails that plainly showed that the Democratic National Committee (DNC) led by Donna Brazile, John Podesta, and Amy Wasserman Schultz were not promoting democracy at all, but instead a two-year conspiracy to elect only Hillary Clinton regardless of rising national support for Bernie Sanders. Days later…Hillary lost.

Abuse of Process by the prosecution gave many reasons for an impartial judge to summarily dismiss the extradition request. Bariatser’s court ignored the wiretap of Assange’s embassy office and of his privileged conversations with his attorneys, the US discussion of having him assassinated using poison and that much of the evidence produced by the prosecution was false and that QC Lewis knew it.

Baraitser on many days brought a laptop from which she read an obviously prepared ruling at the end of the day’s proceedings.

QC David Lewis spoke for the American interests while a team of four unknown Americans sat behind him each day passing him notes. The prosecution’s case hung on four main points: Assange was not a journalist nor protected by Free Speech or Political Prisoner statutes; Assange had committed crimes when he allegedly helped Chelsea Manning obtain a password for her leaked classified material; that Wikileaks put lives at risk by failing to redact important names when publishing the 2010 leak; and that Assange would certainly receive fair treatment in a US Gulag after being found guilty.

For testimony, the prosecution relied substantially on the written affidavit of US Assistant Attorney Gordon Kromberg who was the man who crafted the 2018 US superseding indictment against Assange. Kromberg provided many assurances of Assange’s guilty.

For the defence, QC Edward Fitzgerald and QC Mark Summers countered every allegation using expert witnesses with impeccable credentials. Baraitser again knee-capped the defence by not allowing more than thirty minutes to introduce each expert and their statements to the court. Rather, she allowed QC Lewis four and one-half hours for each of his cross-examinations.

The very legality of the US extradition request was first in question because the 2004 US/UK extradition treaty provided a specific exemption for Political Prisoners. A separate UK treaty, not specific to the US/UK treaty however, did not contain this prohibition. Baraitser ultimately favoured the prosecution, ignoring the exemption for political dissidents.

The defence produced experts with knowledge with working conditions of Alexandria City Jail, and the Florence, CO SuperMax- Assange’s fate. Twenty-three hours a day in isolation with one hour of exercise per day while shackled, two phone calls and one family visit a month and restricted access to his attorneys.  Gordon Kromberg by affidavit, “assured” the court that Assange would not likely suffer these conditions.

With the hearing already underway, on June 20, 2020, the prosecution suddenly announced that it was introducing a brand new subsequent indictment. Evidence showed that the US prosecution had planned this move for months despite the de fence’s preparations. No matter. Bariatser gave the defence a mere six weeks to prepare to challenge the new allegations that the US had kept secret from the court and the defence for months.

Regarding the allegations of Assange helping Manning gain a password for access to classified information the defence and its witnesses showed that no password was required to gain access; that a journalist aiding a source is constitutionally protected and that Assange had gone to great lengths to redact sensitive information with Wikileaks working directly with US officials to do so.

As to the Manning leak becoming public, the defence showed that it was two journalists from The Guardian newspaper, Luke Harding and David Leigh, who published the security code in their tell-all book, “Wikileaks.” The code created by Wikileaks was to keep the Manning tranche safe while redacting.  When Assange got word of Harding and Leigh’s treachery he alerted US officials. Yet, quietly the Guardian failed to comment. Publicly they let Assange swing instead of Harding or Leigh.

On June 26, 2021, the man the FBI used as its main informant in Iceland regarding Assange helping Manning break the non-existant  password, Sigurdur IngiThordarson recanted his testimony saying it was coerced. His claim is bolstered by Iceland’s expulsion of the FBI because it was fostering Thordarson to frame Assange.

After the many weeks in court, as expected Baraitser ignored virtually the entire defence and ruled that the US/UK treaty prohibition did not apply, Assange was not a journalist, nor a political refugee, he did help Manning access a code that did not exist, and he had not redacted national security information.

Unfathomably, Baraitser next ruled that Assange could not be extradited since incarceration American-style would likely force his eventual suicide.

Any celebration was momentary. Baraitser remanded Assange back into custody pending a US appeal. In Appeals, the UK High Court on Dec 10, 2021, ruled that renewed American “assurances” regarding Assange’s treatment in US prison could legally negate Baraitser’s inconvenient decision otherwise.

Assange next appealed to the UK Supreme Court but they refused him standing leaving Home Secretary Pritti Patel to twist the knife and approve Assange’s extradition on June 16.

The extradition, a Kangaroo court twelve years in the making will now return before the High Court in a last desperate appeal of Abuse of Process. But first, the Union Jack will be dutifully lowered from sight in the courtroom, to again being replaced…in favour of the Stars and Stripes.

About the Author: Brett Redmayne-Titley has spent the last decade travelling and documenting the “Sorrows of Empire.” An archive of his many articles can be found at watchingromeburn.uk. He can be contacted at live-on-scene ((@))gmx.com

Now add this to your “repertoire” (https://www.ae911truth.org/evidence/technical-articles/articles-by-ae911truth/845-nist-confirms-its-building-7-report-is-indefensible-part-1-of-5-the-omitted-web-stiffeners)… and tell all of those scientists and engineers that sacrificed everything including losing there jobs because of their position and oaths to the integrity of science to get to that moment on May 31, 2022 that you are SORRY for not extolling the importance of their mission alongside “your’s”!…

WE KNOW they lie about 9/11, Kennedy, jabs, healthcare, wars, people, science, evolution, the jews, MONEY, EVERYTHING.

My argument that Assange dismissed the 9/11Truth Movement as being somehow “irrelevant” even though those events gave him the job and notoriety that he now possesses!?… Same goes for Edvard “$nowman” who now is… A Russian citizen???… Always wondered with these 2 if they weren’t “made” deliberately to determine herd direction!…

Let this be a lesson to the enemies of the USA…

THIS is how the evil ones take control. They take control of the money and impoverish many and others have untold money available to them from a bottomless pit. They BRIBE, they threaten and those who are threatened are harmed by those they bribe and threaten. There is ENSLAVEMENT to evil. For those who do not wish to go along with it, they have their small children and grandchildren threatened and all number of threats, not just death but worse than that. Putin Please help us to clean up the world. We prefer nukes to the evil we have. Electric shocks to the head, needles in the back and many of those imnvolved with evil and the evildoers are unable to remember anything. If they remember fragments, what led them there, who led them there, how they got there, why things happened, their part, it is in a jumble of nonsense, their memories are corrupted, hacked and rearranged as if they were mere computers and they are unable to divulge any information, just strange shadows.

USA is subject to the UK It’s barristers are sworn to the temple bar in London . They swear Oath of Loyalty to the Sovereign .Clearly Baraister was following orders ,written instructions ,and was told to make it perfectly clear that the judgements were made elsewhere . Assange was raised in a weird cult here in Australia called the cult of the white haired kids because they had to have white hair .It was run from England .It was exposed by 60 minutes Australia and disappeared ,swept quickly under the rug. There s much more to the whole story than were being told . Those kids were reared groomed trained to be anti democratic radical revolutionaries .

The point is that he was freely given the information and as a journalist he published it, Have you read the impending Legislation going through parliament and the news laws out now to detain-control – stop anybody speaking out ?? How Hypocritical to pontificate to others on “Democracy and Freedom ” to others when near total censorship is alive and well in the UK/USA.