Information from the Pentagon was released saying that two of the US Navy boats are in Iran’s custody following their entering in the country’s waters. Iranian officials assure that the crew will be set free on Wednesday. 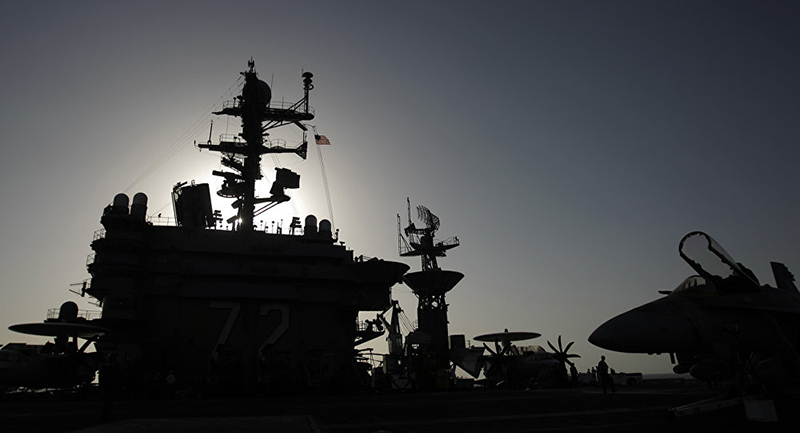 The detention of 10 US Navy sailors taken into custody by Tehran after their two boats drifted into Iranian waters “is being resolved,” a leading Iranian official said, indicating they could be set free as early as Wednesday.

“Investigation shows that entry of American sailors into Iran’s territorial waters was due to mechanical problems in their navigation system,” Gen. Ali Fadavi, Navy chief of Iran’s powerful Revolutionary Guard, was quoted as saying on Iran’s state TV.

The boats were reported to be moving between Kuwait and Bahrain with training mission purpose and were captured while being close to Farsi Island.

The information was released by the Pentagon spokesman Peter Cook on Tuesday. He assured that the crews will be returned to their homes and that he has been in contact with Iran.

“We have been in contact with Iran and have received assurances that the crew and the vessels will be returned promptly,” said the spokesman.

US secretary of State John Kerry, has also contacted Iranian Foreign Minister Mohammad Javad Zarif following the situation according to an official. They also expect the sailor to be returned very soon.

It is said to be 10 sailors on the boats. AP reported “Some type of mechanical trouble with one of the boats” which caused the crews to drift into the Iranian waters. Iranian forces then, ‘picked them up’’ and transferred them to nearby island.

The official Sepah News reported that the Islamic Revolution Guards Corps (IRGC) Navy forces seized the boats. They also added that the crews are in ‘’full health’’

The incident came amid heightened tensions with Iran, and only hours before President Barack Obama gave his final State of the Union address to Congress and the public. It set off a dramatic series of calls and meetings as US officials tried to determine the exact status of the crew and reach out to Iranian leaders.

A video was released by the US Department of Defense showing the type of crafts, Navy Riverine Command Boats, seized in Iran.

The Riverine boats are not considered high-tech and don’t contain any sensitive equipment, so there were no concerns about the Iranians gaining access to the crafts

United-Zionist-Forces have already begun surrendering in droves, and the official genocide of indigenous Iranian’s has not even begun yet haha. Also, the ethnic-cleansing of indigenous Europeans is beginning to hit road blocks, as the indigenous tribal populations have begun waking up to this massive crime. The Zionist are hitting the panic buttons, demanding all of the internet be polices and censored from Tel Aviv.. What will the Zionist supremacist do next in their on going way against all human groups? http://antizionistleague.com/