In February a bitter snow storm separated more then four million Texans from the state’s power grid. The winter storm has neutralized Texas’ power supply, freezing natural gas pipelines and causing wind farms to grind to a halt, leaving people without access to heat and electricity. As a result, the freeze claimed lives of dozens of citizens.

As Texas is defrosting, the questions raise. While the local energy suppliers file for bankruptcy, leading US banks count profit from the disaster.

We propose you an investigative stream on this issue that was submitted by our contributor. We invite you to express your opinion in the comments.

In a follow up to the recent devastating snow storm in Texas, questions are raised as to what Goldman Sachs knew, and when. Both Bank of America and Goldman Sachs made bank at the expense of Texans during the power outage; however, it’s almost as if Goldman Sachs predictably knew in advance that the energy market would turn from a bearish stance to a bullish one.

The stream takes a look at possible connections surrounding the Texas event and leaves the audience (and hopefully Texans) inquiring whether there’s more here than meets the eye.

US is a backward country. Just its huge propaganda can cover this fact. 60 milion poors, homeless everywhere, no public healthcare! No public education…

Too much stress for nothing. Find a girlfriend.

While you blyat have a lot of boyfriends :))

When you’ll find the right girl, to steal your virginity, you will be able to forget me ;) maybe.

America is a country where regular people shot by a mass killer gunmen can get sued by a corporate group hotel operator for bleeding to death upon their plaza.

America and every other White majority country each has a RACIAL PROBLEM. In the United States; Blacks and Mestizos contribute to over 70% of their national crime rate, blacks alone account for only 13% of the US national population yet are responsible for over 50% of all violent crimes.

This was socially engineered by JEWISH SUPREMACISTS.

Every country in the world today (including Russia, China, every western country, you name it) have no qualms in supporting Jewish Supremacy, Internationalism/Globalism is a Jewish Supremacist Clique under the rule of usury (control of entire nations through debt bondage via international finance).

China is being fooled like everyone else into thinking they are “Chosen” to lead the world, when in reality this is but a temporary alliance and China will be backstabbed by the Jews, just as they backstab everyone when they are no longer useful.

Is China “Based” and “Anti-Globalist”? Let’s find out! https://thuletide.wordpress.com/2020/09/02/is-china-based-and-anti-globalist-lets-find-out/

They want China to overtake the US, the White Race is scheduled for extermination. By forcing us into a corner with the intention of encircling and annihilating us, they Jews are going against Sun Tzu’s advice:

“Throw your soldiers into positions whence there is no escape, and they will prefer death to flight. If they will face death, there is nothing they may not achieve. Officers and men alike will put forth their uttermost strength”

It’s not just ‘the Jews’, the cancer goes deeper. It’s the inherent messianism of all three abrahamic religions:

‘Sabbatianism and Frankism : The spiritual crisis in the West, seen through 2 heretical messianic movements of the 17th and 18th centuries.’
https://www.academia.edu/38532262/Sabbatianism_and_Frankism_The_spiritual_crisis_in_the_West_seen_through_2_heretical_messianic_movements_of_the_17th_and_18th_centuries

Thanks for the link. More info about Kabbalah if you’re interested:

Bitchute has no sound or picture on your link.
Having read the history of the Sassoon family I was interested.

Bitchute has many glitches, also the software and format is long out of date.

What is Cultural Marxism? https://worldtruthvideos.org/watch/what-is-cultural-marxism_OoPL8fcidL1aOAQ.html

Why We Are In Decline – Cultural Marxism:

That’s why they were kicked out of Germany in 1933: 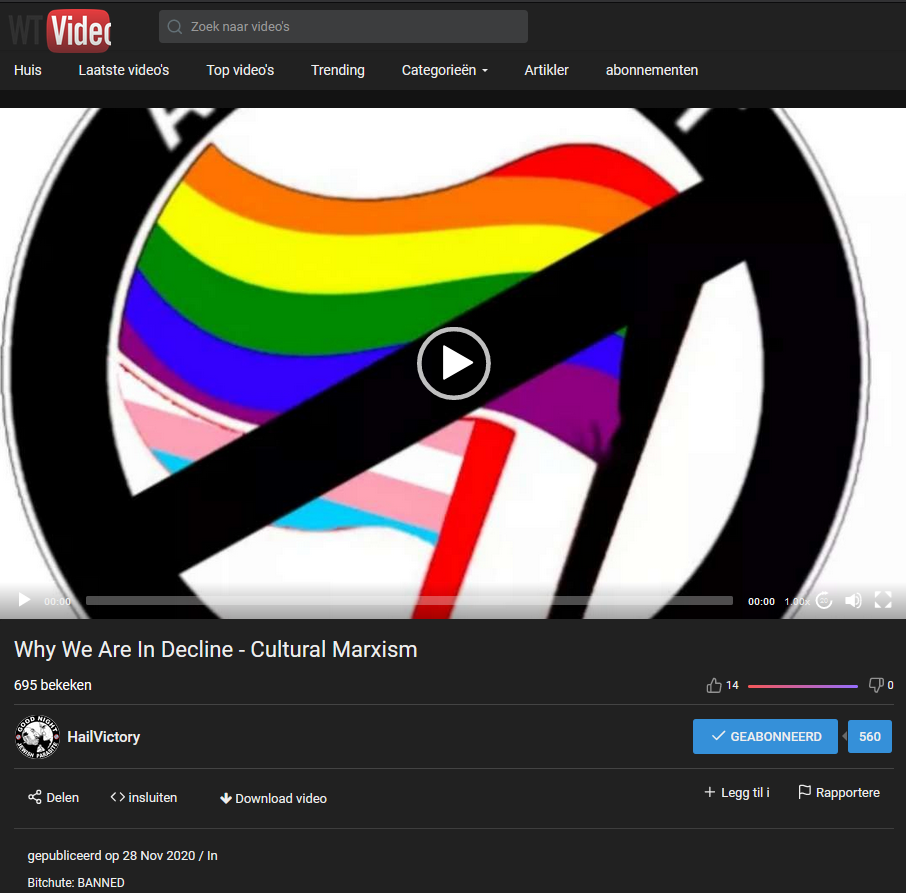 If I owned a little gas station and jacked up prices 10x during a disaster, I would probably go to jail or at least lose my business to fines for disaster profiteering. If a spot natural gas merchant does the exact same thing, it’s ‘shrewd business’ and ‘free markets’. The government only enforces laws against little people (because it’s easy), not Goldman Sachs (because it’s hard).

There’s no law against banks and Goldman Sachs hedging for or against massive government/regulator fuck-ups during natural disasters. In fact, those fuck-ups are almost guaranteed – ‘climate change’, underinvestment in crumbling infrastructure, zero excess capacity, captured or bribed regulators, paid-off courts and politicians. Who cares? Who is going to jump in their time machine and fix the government/regulators from the past? Disasters are easy money for risk merchants, plus they can scoop up the smoking wreckage of critical infrastructure for pennies on the dollar after the fact. Incompetent, corp-friendly government is a whole profit center for them.

Secret, advance knowledge of the polar vortex? EIA manipulation? Sounds iffy – why bother? Inept government has already set itself up for abject failures of services and infrastructure during disasters. Mega-banks already know what businesses and infrastructure are financially vulnerable. That’s their job. They just have to place a few bets, sit back and wait for the inevitable shitshow during a disaster (or a war or social unrest or a pandemic or credit crisis or hyperinflation, etc.). Profit-making potential is unlimited.

After the fact, you can claim they had foreknowledge or did something unethical or cheated or manipulated the situation. So what? Who is ever going to hold them accountable? LIttle people are powerless. That’s by design – their design.

In agreements such as TTIP they insert by default the clause that says that companies can sue states and other public entities for loss of earnings, so in these cases they try to immediately take what they judge to be due, this is the mythical free market in its maximum splendor.

let jews own your finances and this is what you get

So Jews are bad and capitalists are good?

Texas should seceede and join Russia.

When did you join Russia?

State energy administration prohibited coal energy consumption increase at some point before the snow storm, hence government is responsible for Texas energy shortage during the snow storm. See gatewaypundit article on the topic

Can’t make this shit up.