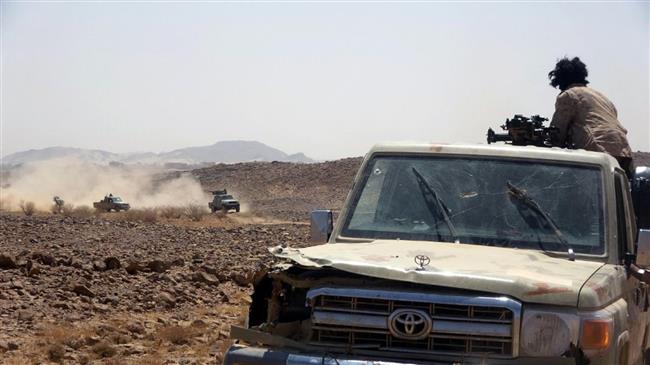 Terrorists from Syria are being transported to Yemen, in order to join the Saudi-led coalition, Lebanon’s al-Akbar newspaper reported.

This was disclosed by unnamed Yemeni intelligence sources.

According to the report, al-Qaeda in the Arabian Peninsula (AQAP) militants are waiting for terrorists from Syria to arrive in Yemen’s southern province of Abyan.

Furthermore, the Saudi command center in Aden has instructed the al-Qaeda leader in Abyan to expect the “new recruits.”

Unnamed security and intelligence sources said AQAP terrorists have been tasked with transporting the incoming militants and their weapons to Ma’rib.

Currently, al-Qaeda terrorists have been deployed in vast areas off the coast in Abyan under the command of a high-profile militant identified as Salem al-Shina, with the operations being coordinated with the Salafist Islah Party amd the Saudi command center, the report said.

According to al-Akhbar, al-Qaeda terrorists launched a series of attacks last week on the positions of Southern Transitional Council (STC) separatists in order to secure the arrival of fellow militants from Syria.

The STC is backed by the UAE, and they are a part of the Saudi-led coalition, but Riyadh has, so far, failed to coordinate their activities.

According to local sources, al-Qaeda terrorists are roaming publicly in the areas of Wadi Hamra, Yahmas, al-Maraqasha and al-Wazi’, and have repeatedly met with senior Saudi military figures at their barracks.

In mid-February, the ISIS terrorist group confirmed that its members are fighting alongside Saudi-backed mercenaries against Yemen’s Army and forces from popular committees in the province of Ma’rib.

Yemeni Defense Minister in the National Salvation Government (loyal to the Houthis), Major General Muhammad Nasser al-Atifi, says Saudi Arabia and its allies involved in the ongoing war on country are searching for ways to get out of the Yemen quagmire.

“The coalition of aggression member states are going through miserable conditions, and are now looking for a way out of Yemen quagmire,” Atifi said in an exclusive interview with Yemen’s al-Masirah television network.

“We have the information and coordinates that give us the opportunity to vigorously challenge the coalition of aggression, and to enrage Riyadh, Washington, London, Paris and Tel Aviv. They will find nothing other than a retaliatory attack as long as their aggression persists.”

The high-ranking Yemeni military official pointed out that the Saudi-led military alliance does not want to concede defeat in its campaign against Yemen, noting that those who dragged the Riyadh regime and its allies into the aggression are now looking for their escape in a face-saving manner.

Washington-based conservative defense policy think tank the Jamestown Foundation says, “Saudi Arabia’s intervention has achieved none of its aims. The Houthis (a.k.a. Ansarullah) and their allies are now, more than ever, the preeminent military power in Yemen. At the same time, Ansarullah fighters who absorbed many of the Yemeni Army’s most capable officers and engineers have further developed their ability to build and launch a range of missiles, rockets, and drones.”

“Thus, the Houthis’ influence and grip on northwest Yemen must be dealt with politically, if it is to be dealt with at all,” the US think tank noted.

It added that, “Saudi Arabia’s slow realization that it must end its direct involvement in the war along with unfavorable shifts in US foreign policy are driving it to taper support to its proxies in Yemen.”

“Saudi Arabia is keener than ever to extricate itself from its costly involvement in Yemen. Saudi Arabia’s intervention in Yemen has cost the Kingdom several hundred billion dollars (at one point the Saudis were spending five billion dollars per month on their war in Yemen),” the Jamestown Foundation wrote.

What time does the pedocracy Wahabita really want to wayout from aggression to Yemen? could do it right away, so what does it prevent it from? Jamestown lie on what are the real intentions of Saudi criminals and their pedophilos company.

Fear. Yemenis are fearsome warriors, not sissy ones. They can not do theirs caranges in Yemen like they did elsewhere.