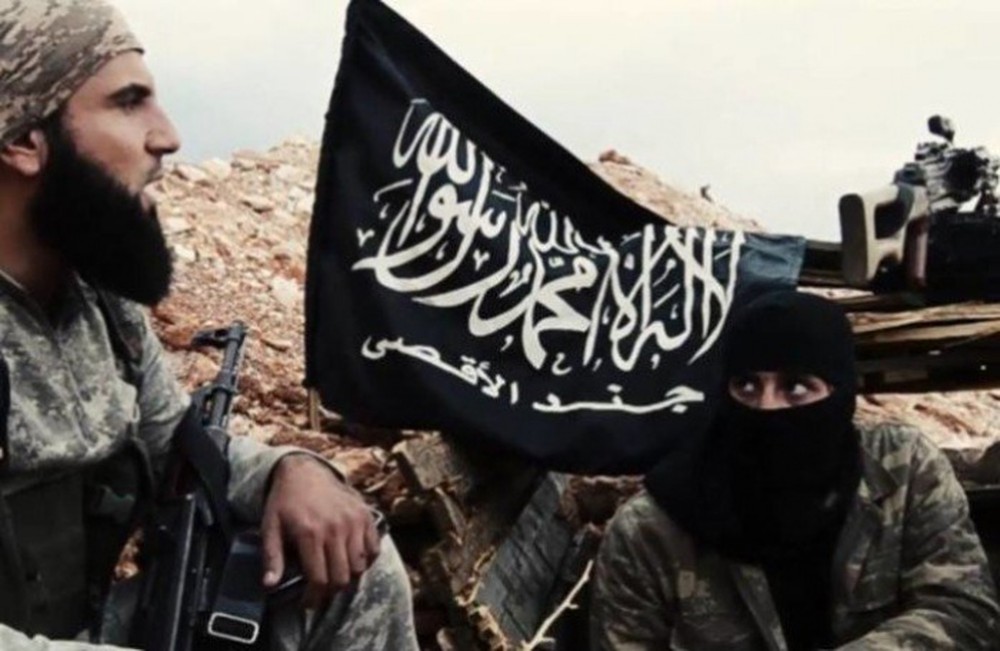 The infamous terrorist group, Ansar al-Tawhid, beheaded a Syrian soldier, who had been captured during the recent attack on the Syrian Arab Army (SAA) positions in the northern Hama countryside. The execution raised the number of the attack casualties to 17.

Several Telegram channels linked to Ansar al-Tawhid released a video showing the beheading of the soldier in the afternoon of March 3. However, SouthFront decided to avoid sharing this graphic footage.

Ansar al-Tawhid was established in mid-2018 by Abu Diab Sarmin, a former prominent leader of ISIS-affiliated Jund al-Aqsa, which was dismantled in 2017. According to Syrian opposition sources, Abu Diab regathered former fighters of Jund al-Aqsa in the new group under a secret agreement with Hay’at Tahrir al-Sham (HTS) leader, Abu Mohammad al-Julani.

Following Ansar al-Tawhid’s attack, Syrian pro-government sources reported that the SAA is preparing to launch a large-scale operation within the demilitarized zone around Idlib. The sources claimed that the operation will begin soon.

The presence of Ansar al-Tawhid and many other terrorist groups within the demilitarized zone is a major violation fo the Russian-Turkish agreement, which appears to be on the brink of collapse.

There surely can’t be any more political reasons for not putting to an end these psychopathic tools of the US.

As long as they stay in Syria of course. Then they are valiant freedom fighters who fight to bring down a brutal dictator. Once they return to their countries of origin however they become Jihadi scum whose nationalities should be revoked. Unless they are of Scandinavian origin, in which case they will be welcomed home with a house and full welfare benefits.

Oh thank you for leting us know on whos paylist you Turks are.

lets hope the liberation of idlib is at hand, rip to the brave syrian heros who have fallen

What pathetic jihadi scum. Their time will come. There should be no quarter for men. Women and children placed in reeducation camps to learn a trade, remove ISIS brainwashing just like in China.

How can Turkey support these bastards? Time to bomb the shit out of them.

what part are you missing, that turkey was one of the creators of this bastards as you call them? they are turkeys proxies armies, that can play on either side according to command.

I do know that. But the Turkish government is bound by international law and there should be a big price to pay. The only ones who can make them pay is Russia.

Now you have make me laugh my friend and thank you for that. Spontaneous laughter is pure health injection to the system. No I am not sarcastic by the way. International law you said. Whose international law exactly? Law is for the weak who can not impose theirs and be masters of their destiny.

There is no international law that applies or is any one today in position to impose this law to the globalists or on the SCO on the opposite side. In any case though you have make me laugh with your comment, the reason I did so, was my surprise that there is still people who believe in law and order in this global disorder. You be a + to society, after we are done.

The Turks have to go from idlib and leave the Syrians to finish the job. These atrocities are planned by Bolton, Abrams, Netanyahu who arm these beasts.

“The infamous terrorist group, Ansar al-Tawhid” nobody fucking knows those Zionist shits. Why call them infamous when they are not?!

I wonder if they will keep on head chopping when they get back to the states?

Ηello it’s me, I am also visiting this ᴡｅb sitе reɡularly, this sіte is truly fastidious and the people аre truly sharing gooԀ thoughts.