The Fatah Halab militant group that is a part of the Jaish al-Fatah operation room (includes the Al Nusra Front terrorist group and its allies) has announced an advance on the Al-Amiriyah Neighborhood of Aleppo City. The militants claim to have already captured about 80% of the neighborhood. No evidences have been provided yet. 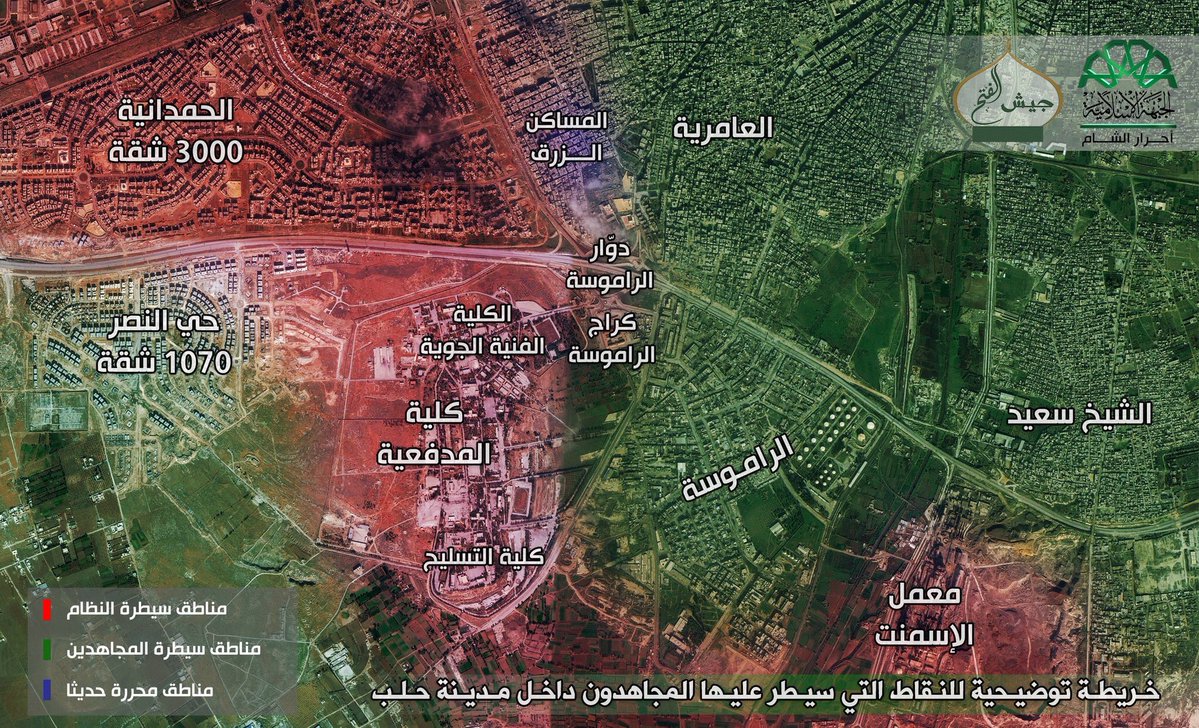 Meanwhile, unconfirmed reports have appeared that the Syrian army and Hezbollah have seized the Ma’rata warehouses area and Tell Asfa in southern Aleppo.

An Arabic image, really? Like we can read that!