The attack was launched on November 30 by a coalition of HTS, Turkish-backed groups and al-Qaeda factions. Within a few hours, the terrorists captured the towns of Sarjah, Ejaz, Rasm al-Ward and Istablat. 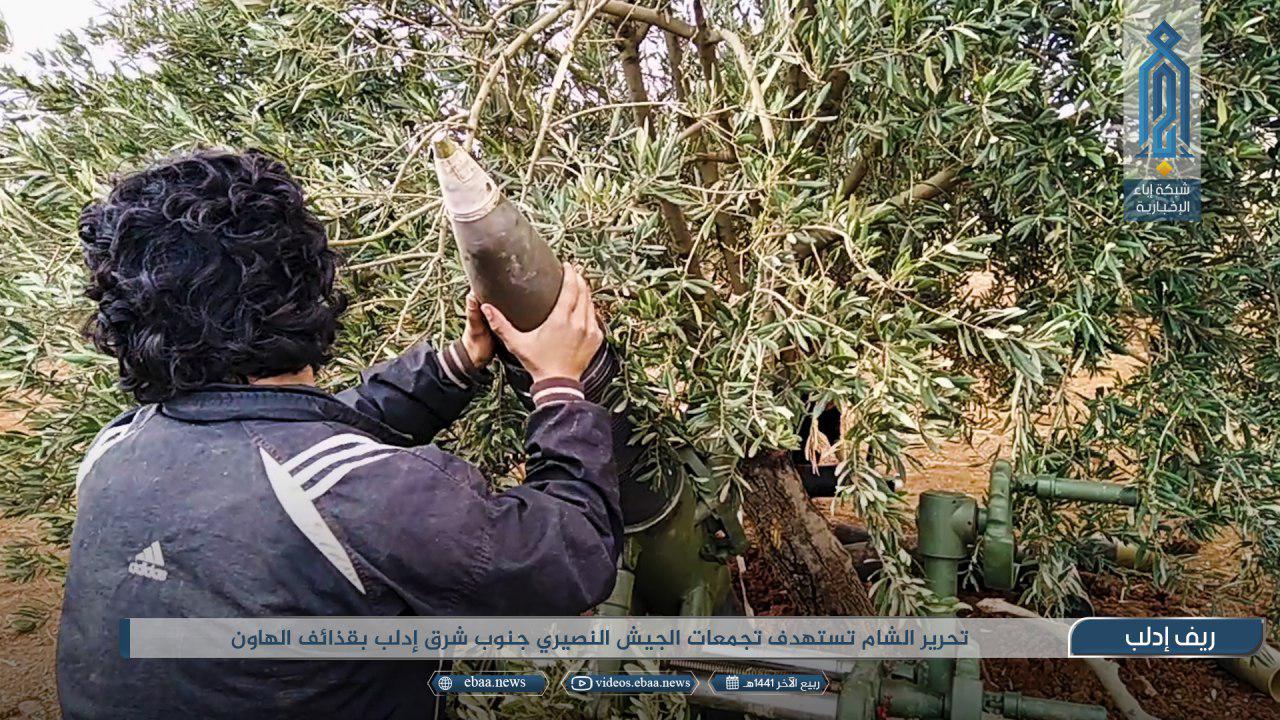 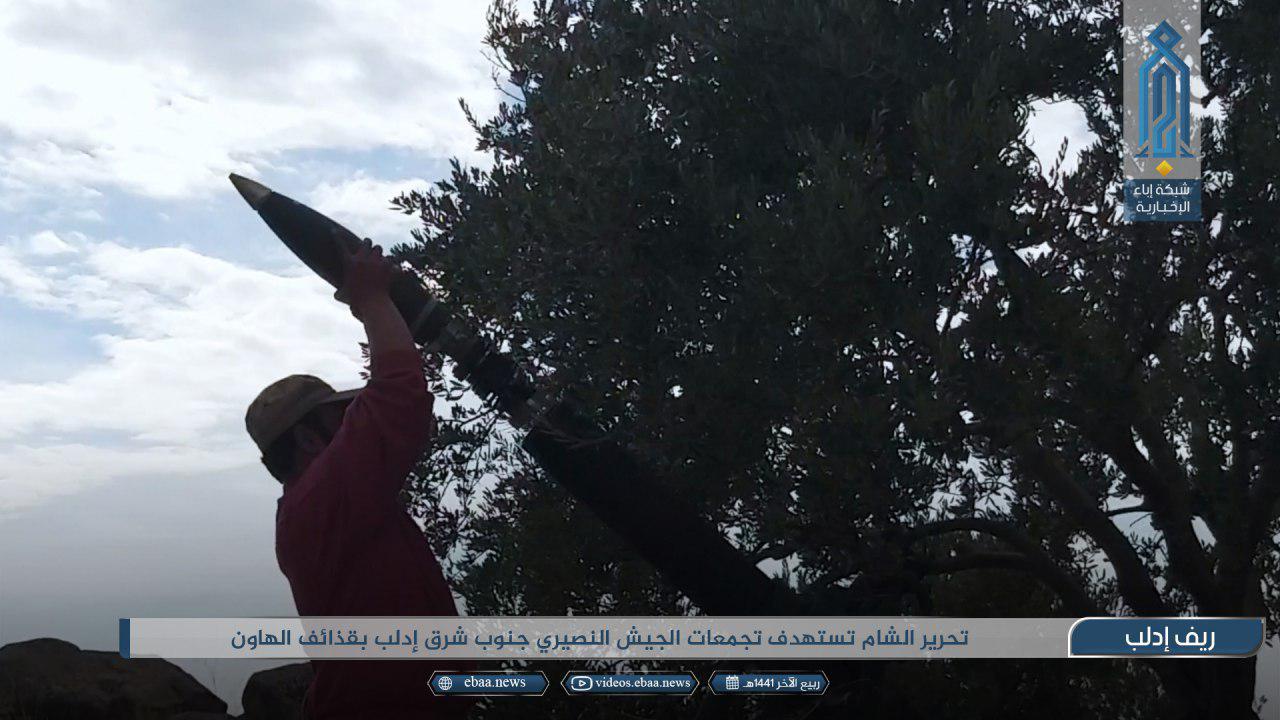 The HY-12 is a licensed copy of the French MO-120-RT [Mortier de 120mm Rayé Tracté Modèle F1] manufactured by Turkey’s MKEK. The 120mm mortar has a range of more than 8km and can fire 6-10 rounds per minute.

In other photos, HTS’ militants and their comrades from the Turkish-backed National Front for Liberation (NFL) can be seen armed with the Turkish-made HAR-66 anti-tank weapon. The HAR-66 is a copy of the U.S. M72 LAW. 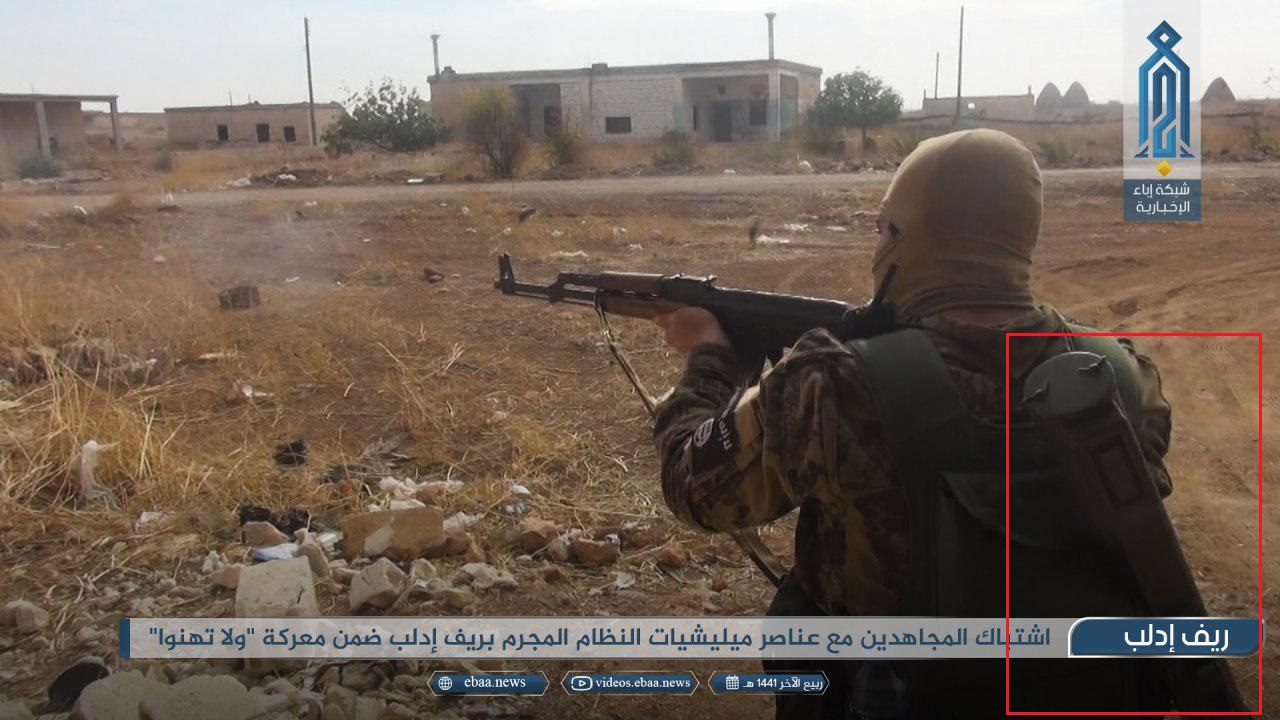 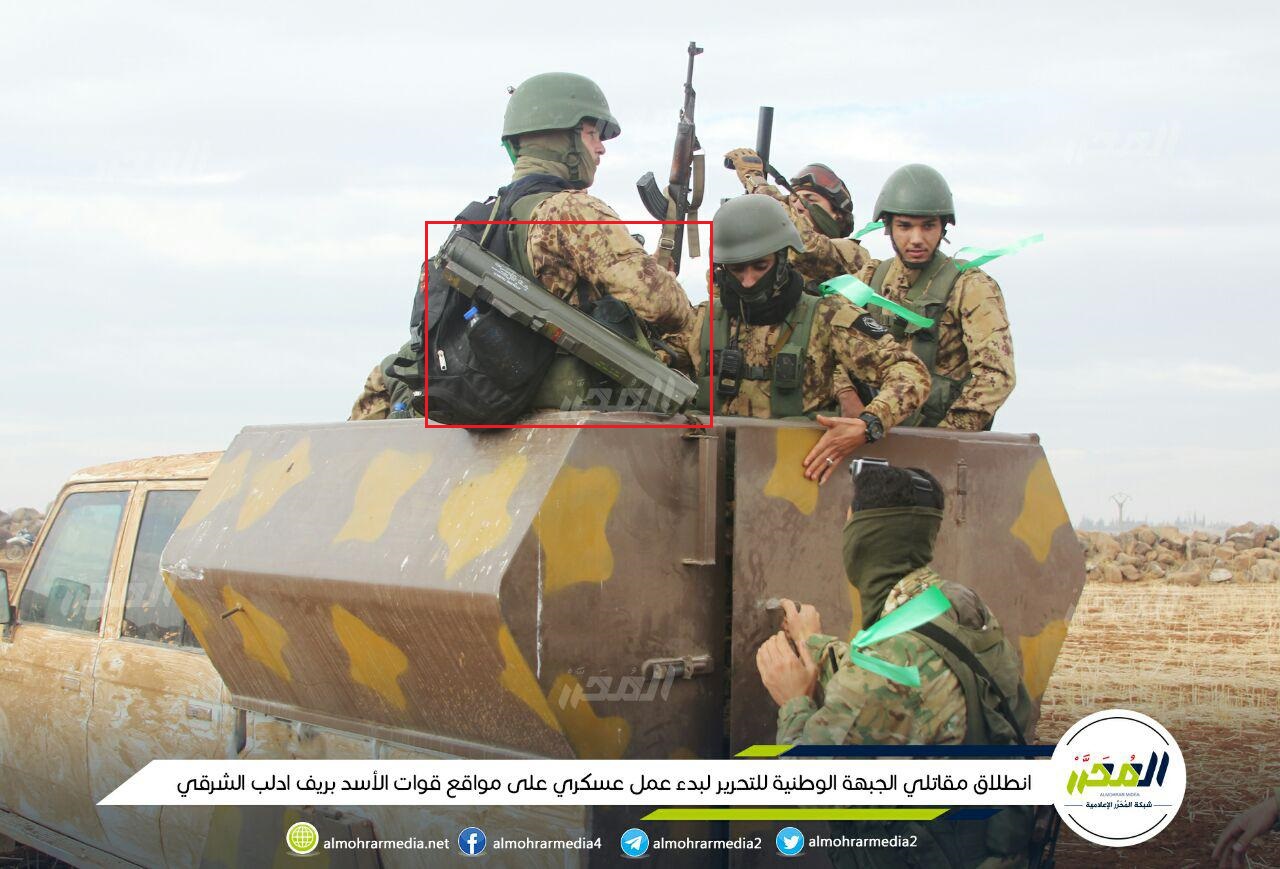 Besides using Turkish-made weapons, the terrorist groups launched their attack in the area located a few kilometers away from a Turkish observation point in southeast Idlib.

The SAA is now carrying out a counter-attack to recapture the towns it lost. Intense Syrian and Russian airstrikes are targeting terrorist groups’ equipment and personnel in southeast Idlib.

Turkish observation post needs to be accidently taken out during SAA operation to recapture lost groung. While Russia needs to have a quite word in Erdogan’s ear to make it clear if this shit happens again his ear may well remain attacked to his head however his head may not be attached to his corpus maximus.

Don’t get your hopes too high. Russia won’t fight Turkey. Russia’s goal is to maintain Assad’s rule and Russia has been very successful with that.

Russia needs to develop a cost effective anti-armored pick up weapon, something like a a kornet, but lighter, cheaper, with less training required.

I can’t wait for the day when Erdogan gets overthrown and publicly hanged, so he can feel what he has done to the syrian people.

It would neen to be a very slow hanging to atone for Erdogan’s crimes against humanity :)

Before hanging, he should be tied to a pile and get lynched. Sry for talking like that, but I can’t describe the hate I feel for him for delaying the Idlib operation and supporting the Jihadis.

A agree with you, and what makes it even more egregious is the fact that Erdogan and his wellow travellers everywhere only worship money and personal power, and such people are NEVER satisfied with what they have already gained with the blood and misery of innocents.

You’re right. Just like with the agreement about the NE. I remember Turkey saying one week ago that the operation won’t be resumed, but few days later they claimed the opposite. Erdo just wants to grab more and more syrian lands, because he knows Idlib, ES and Afrin will be liberated in the future and he doesn’t want the Jihadis in his country, so he wants to get rid off them, by finding new homes for them in the occupied areas.

Or Erdo just wants the SAA to kill his pet Jihadis for him as the Turkish pet has become too dangerous to keep. :)

But the turkish troops in these “observation posts” in Idlib could become hostages of the Jihadis, when they realize Turkey will no longer support them. Erdo has lost anyway.

And for everything he’s done to the Turkish people too, 45% of the Turkish population hate him as well now. For all the harm Erdogan’s done to Syria and its people during this terrible war, he’s actually done far more harm to Turkey and his own people. Bombs and bullets do immediate damage that everyone easily recognizes, but political decrees and legislative changes aren’t so noticeable, some laws and decrees can infect the host with something even more deadly than shrapnel.

Everything Erdo does to the syrian and turkish people will backfire in the future. I can’t wait to see it.

Isn’t it better to say “Turkey has been providing weapons to terrorists in Idlib ” ? This news wants to give the impression that “somehow” the terrorists “capture” wapons from Turkey army, and now they are using them against SAA. No at all my friend, Turkey (NATO member) has been providing tecnical support, weapons support, and helat care support to terrorists at Idlib, and this is VERY WELL KNOWN BY RUSSIA.

Those crafty Turks are getting really good at reverse engineering all the weapons and equipment their Russian friends and NATO allies provide for them, Russian Grad rocket launchers and heavy mortars, French 120mm mortars ect, I hope those terrorists really appreciate all their shiny new toys they get for free, the SAA aren’t anywhere near so lucky. We can keep saying Erdogan’s giving weapons to the terrorists but that’s only half the truth, we all know the real truth, someone’s letting him do it.

Soon Erdogan’s going to meet with 3 members of NATO, France/Emmanuel Macron, Germany/Angela Merkel, England/Boris Johnson, that’s the BIG GUNS of NATO, and he’s going to demand their help in setting up the new safe zone he wants. But we already have a foretaste of what’s to come and it doesn’t look good for Erdogan. :]

“Turkey has rejected claims it is blackmailing Nato by blocking a military plan for the Baltics and Poland unless Turkey receives support for its effort to defeat Syrian Kurd forces on its borders. The Turkish government made the claims ahead of what may prove to be a bruising meeting between President Recep Tayyip Erdoğan and major European powers in Downing Street. Nato is an institution where Turkey has full veto rights, politically and militarily, and there are procedures here,” Turkish government officials said. “There is no such thing as Turkey blackmailing – a statement like that is unacceptable.”

And what does the biggest member of NATO [the US] have to say about the meeting they’re not attending,

“On Monday US Defence Secretary Mark Esper urged Turkey on Monday to stop holding up support for the military plan. Esper warned Ankara that “not everybody sees the threats that they see” and added he would not support labelling the YPG as terrorists to break the impasse. The message to Turkey … is we need to move forward on these response plans and it can’t be held up by their own particular concerns,” he said as he flew to London. Alliance unity, alliance readiness, means that you focus on the bigger issues – the bigger issue being the readiness of the (Nato) alliance. And not everybody’s willing to sign up to their agenda. Not everybody sees the threats that they see.”

LOL LOL LOL, I don’t know why Erdogan’s even bothering to attend, they’re all saying no before they even get there, LOL. Erdogan’s already in trouble with Merkel for giving one of her tanks to the rebels/terrorists, that broke a very important deal they had in place and Erdogan’s going to be in big trouble for it. And Macron’s already called Erdogan’s safe zone proposal totally insane and unworkable, also adding it’s concocter was brain dead to even think of it, LOL, now Erdogan’s calling Macron brain dead in a tit for tat media war, LOL. Boris hasn’t been saying anything to Erdogan at all lately, maybe he’s scared Erdogan might reveal British complicity in Idlib, some details about the White helmets or something similar, so maybe Erdogan should sit next to Boris during their meeting, at least Boris won’t be yelling in his ear, LOL. What a fun meeting this one will be. There are only 4 countries in the whole world that actually approve of this safe zone, Turkey, Qatar, Iran, and Russia, it was 5 countries initially supporting the idea but the US changed its mind due to the SNA’s initial brutality and non adherence to the initial agreement. So now it’s just 4 friends that Erdogan can rely on to help him implement his unsafe safe zone, actually maybe I shouldn’t add Putin to that list, he also seems to be pretty cranky with Erdogan atm too, LOL.