The Syrian Foreign Minister claims that terrorist groups, operation on the country’s territory, get chemical substances from Turkey and store them in populated areas. 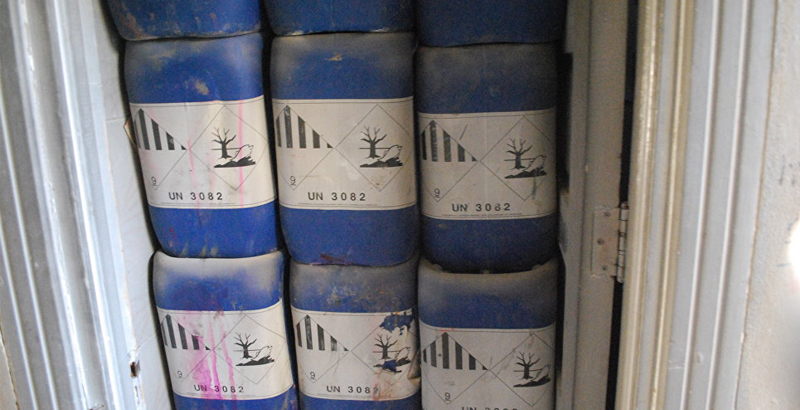 According to him, “the Syrian leadership had informed the UN about chemical substances that were imported by terrorists from Turkey and specifically to the east of Aleppo.” The minister added that extremists prefer to store chemical substances in cities and settlements.

“Jabhat al-Nusra [also known as Jabhat Fateh al-Sham] and the Islamic State [IS] and other terrorist groups have continued to store chemical substances in cities and populated areas,” the diplomat said.

Muallem assured that the Syrian government forces have never used and will not use chemical weapons “even against terrorists, who kill civilians.”

On Tuesday, the National Coalition for Syrian Revolution and Opposition Forces reported that 80 civilians were killed and 200 others were injured in the chemical attack in Khan Shaykhun city in Idlib province. Oppositionists blamed the Syrian government forces for the attack. The Syrian Army’s Command resolutely rejected the accusations and blamed militants and their patrons for the attack. The Syrian Foreign Minister called Damascus’s accusations in the chemical attack a part of the anti-Syrian campaign.

Moscow insists on an investigation of the incident by the Organization for the Prohibition of Chemical Weapons (OPCW), which could send special missions to Idlib in order to understand what happened. The Russian Foreign Ministry stressed that it is “against the investigation by remote means through collection of some information, issued by the notorious White Helmets, which had completely discredited themselves and is engaged in theatricals for geopolitical purposes.”