During the past two years, Russian air defense and electronic warfare systems deployed at Hmeymim air base in Syria shot down or disabled over 100 unmanned aerial vehicles (UAVs) launched by militants, Defense Ministry Spokesman Major-General Igor Konashenkov said on September 27.

“Terrorists are trying to break through the Hmeymim base’s air defenses. If we speak about figures, 118 unmanned aerial vehicles of terrorist groupings have been destroyed over the past two years, including 58 drones since January 1 this year,” Major-General Konashenkov said.

A majority of UAVs was launched from the Idlib security zone including the areas of al-Lataminah and Khan Sheikhoun. The most recent attack on Hmeimim airbase took place on August 11 and September 3. The August attack involved five attack UAVs and one control drone. The September attack involved two UAVs.

“This raid involved two drones. Moreover, they approached the air base from different directions. Characteristically, one drone came from the area of the Mediterranean Sea. That is, apparently the drone was launched from a vessel,” the military spokesman said.

Major-General Konashenkov noted that the temporary calm may be related to the liberation of Khan Sheikhoun and Al-Lataminah, where workshops for assembling drones and sites for their launches were found.

The military official noted that terrorists are actively modernizing their attack UAVs, especially navigation and control systems. He said that the employment of such equipment requires serious technical training of operators.

The Russian side also revealed that militants have in-fact launched a serial production of such UAVs. Militant UAVs are used in a swarm formation (when one control UAV manages attack UAVs). Some UAVs are equipped with cameras and air pressure measurement units. The estimanted range of the newest UAVs is 250km. Their service ceiling is 4.5km. The previous variant of the UAVs had a range of 120km. There was also a version with a range of 50km.

Major-General Konashenkov said that Russia is concerned that some third party is supplying militants with military technilogies related to the UAV production. He did not name a particular state or an organization. However, the list of possible militant supporters is relatively short. The two main suspects are intelligence services of the United States and Turkey. Despite a high intensity of UAV attacks carried out by militants, Russian forces have appeared to be capable of repelling them successfully thanks to the layered air defense and an extensive usage of EW systems.

According to the Russian military, air defense systems deployed at Hmeymim airbase can strike targets at a range of 250 km. The deployed air defense regiment’s tasks are to defend facilities on the territory of the Hmeymim airbase and the Tartus naval facility against strikes by unmanned aerial vehicles and rocket shells, as well as against tactical aviation and cruise missiles.

“A layered air defense system has been set up here. It comprises S-400 long-range surface-to-air missile systems and Tor-M2 and Pantsyr-S1 short-range complexes,” the commander of the air defense regiment commented.

He noted that these capabilities allow to strike all types of air targets at a range of 20 km to 250 km.

According to him, the radio-technical battalion’s radars, as well as the reconnaissance capabilities of the regiment’s command post and the anti-aircraft missile battalions gather all the data on the air situation.

“Combat operations are controlled in the fully automated mode, from the time of detecting air objects and locking them on to the time of making a decision to destroy air targets,” the regiment commander said.

From the sea? Hmm, that’s interesting.

From the sea is France, USA, Britain Israel and from Idlib is Turkey.

Looks like testing and learning UAV and their counter measures techniques and capabilities. Similar to jet fighters tipping each other wings over borderline air space. Now its UAVs vs radar+counter measures.

This Mint Press article by Vanessa Beeley, complements the above. Funny how a name from the past, connected with the Clintons, pops up in the article. Frank Guistro – didn’t he do well, working with his mates?

The White Helmets, Hala Systems and the Grotesque Militarization of “Humanitarianism” in Syria
Vanessa Beeley looks at how the now-infamous White Helmets partnered with Chicago-based Hala Systems to militarize so-called humanitarian efforts in Syria.

haha remember when the vodka slurping russkies had 10 of their 50 million dollar su24 warplanes get destroyed by some DIY toy drones launched by rebels? I do!

No, because that never happened. The only event that vaguely resemble your claim is a mortar attack on Khmeimim air base on 31 December 2017 (not “DIY” toys – unless that is what you call a mortar). The right horizontal tail of Su-24M white 29 was seriously damaged, with light shrapnel damage to 9 other aircraft (not just Su-24s) and two servicemen were killed. The damage to all aircraft was repaired within a few days and the tail of white 29 was replaced. All the aircraft that suffered any damaged were seen flying again by aircraft spotters within a few days. Every single one. Unless you have a completely different definition for the words “destroyed”, “toys” and “drones” than anyone else, your entire post is false.

Nazi Zion your war against the free world is already lost. You have dominion over the United States government, but thanks to New York firefighters, they have already noticed the joke you made on September 11th. The 3rd temple of Jerusalem you dreamed of it until the next Jewish messiah. 2000 years minimum. Isis and Al Qaeda are dunmeh wahabites your allies, your really enemies are the Christians.

Your days are over. You guys have managed to make all your neighbours to become your enemies. Once US will stop being able to protect you guys, your state will be overun. As simple as that. Where will you run? back to Europe? With the caliphate forming up in western EU i dont think so. Where will you go? To eastern Europe to beg the Russians to save you again from total wipe out scenario. Such stupid fool you are.

it was the US Army that saved the Jewish people in World War 2, not the vodka slurping russkies. russians barely helped, Stalin was antisemitic and wanted to help hitler wipe out the Jewish race

LOL a funny one that was. Stalin helped jews greatly, defeated Nazis and supported the creation of Israel. He even ordered chezoslovakia to send a lot of weapons to Israel so you could survive the first war after your state was created. This time thoughj, nothing is going to help you guys…..

Shanah Tovah to all my Jewish friends on here!

Who gives to the terrorists UAV’s??
Who gives them the chemicals for provocative attacks??
TURKEY
And remain unpunished

Behind these attacks is the technology of the Nazis of Zion, enemies of the Western Christian peoples who want to dominate. After September 11, they invented the Islamic terrorism of ISIS and Al Qaeda which is dunmeh and never attacks Israel. 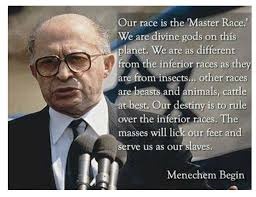 Never trust Erdodig Turkey terrorists. The point remains wither Turkey gets Patriot and S-400 plus 1000 of SU 57 it will never ever defeat Russia,Iran or North Korea.But Turkey will remains a traitor state.

It’s amazing how fast military tech gets out and spreads. 20 years ago, TV (CNN mianly) showed how USA used UAVs, controlled by operators in USA, to bomb in Irag and Afganistan. It was like Science Fiction military tech and it seemed USA were a phase of invincibility due to this new tech. Now every warrior with a pickup truck + recycled PC has UAV tech and it comes back and bite the nations (+ allies) who developed it.

Now who on earth would be supplying their sponsored terrorists, over in Syria, with the UAV technology? Now remind me, but, which nations fund the White Helmets? Guess we could start with them.

What is interesting, is when you compare the success rate of the ‘S’ umbrella, to the success rate of say the US system. Is it the Patriot they use? Not just owing to their lack of success, when the Saudi oil field got taken out, whilst under the protection of the Patriot, but, going back to say the first Gulf War, back in 1991.

How Russia And Iran Beat Their Opponents’ Strategies… https://www.moonofalabama.org/2019/09/how-russian-and-iran-beat-their-opponents-strategies.html