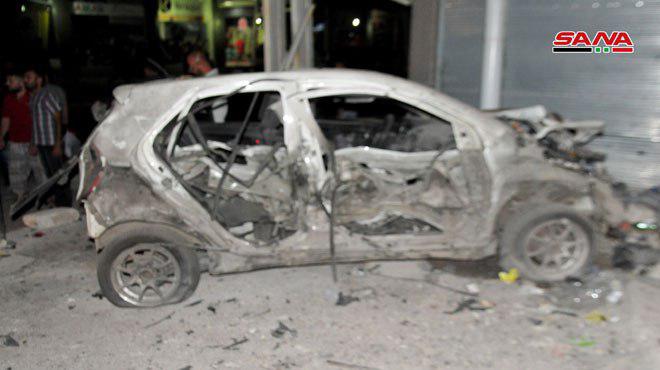 Late on July 3, a booby-trapped motorcycle exploded in the city center of al-Suwyada in southeastern Syria.

“A booby-trapped motorcycle, which was parked on the al-Qanauat road, was detonated from a remote location,” the Syrian Arab News Agency (SANA) quoted a Syrian security source as saying.

The governorate’s health director told the SANA that three civilians were killed and seven others were injured as a result of the terrorist attack.

No group has claimed responsibility for the attack, yet. However, ISIS remains the main suspect. The terrorist group’s cells are reportedly highly active in the Damascus desert, north of al-Suwyada.

Last year, ISIS carried out a series of coordinated attacks in al-Suwyada’s city center and in the governorate’s northern countryside. More than 250 people were killed and hundreds others were injured.

Screw you and your trash talk Tommy.

i truly hope the resistance, syria,hezbollah,pmu ,houthis and Iran stay victorious BUT BUT BUT

having full Control of centre syria(all towns,villages and cities)…. having full air superiority, having full weapons Advantage and knowing the Terrain well as it is your home Nation, it is ridicuolous and pathetic that SAA cannot remove the various terrorists be it ISIS or else from a desert area even if it contains Caves …. weak very weak

Israel use US and UK fighter jets, navy and lead all military operations to destroy Syria completely. As shown in the following website.