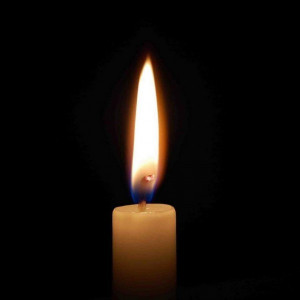 I opened up my computer in the morning and was horrified.
128 people.
My newsfeed is full of photographs showing sorrow and flowers.
And for some reason I cried for the first time in the last six months.
I was at my wits’ end.
Where, dammit, were your photographs and flowers when Permomaysk was being thrashed every day by howitzers and rocket artillery?
Where were your photographs over the whole six months of this senseless war?
In Pervomaysk alone, about FIVE HUNDRED civilians perished from this war.
Did you know?
Were you interested to know?
Just don’t tell me this is different.
When I opened up the news sites in the morning, I got frightened.
Like on 9/11 some 11 years ago. Or during Beslan.
My condolences to all the relatives. This is a terrible event.
But, excuse me, aren’t there people living on the Donbass?
Don’t say these were innocent people in the theater etc. Whereas over there it was combatants.
Have a walk through the old folks’ homes, orphanages, hospitals, dormitories on the Donbass, look at how many people live there with no ability to leave when they come under fire.
So many elderly there don’t even understand what is happening–politics is beyond them.
And what difference does it make whose weapons killed them? Is that the most important thing when it comes to your compassion?
The Lugansk Regional Retirement Dormitory No. 1 was hit by several shells all at once. Five wheelchair-bound retirees and their caretaker perished while enjoying the outdoors in the garden. Believe me, they had no idea about the Maidan or Novorossia. Did you know? Did you know how many such institutions there are which have no ability to evacuate themselves, dormitories for people with disabilities who have been forgotten by their relatives 20 years ago. Where are they supposed to go? The hundreds of abandoned elderly?  Orphans?
Do you know how many children perished there?
I realize that for many people compassion is a very selective thing. It appears only when it does not get in the way of political convictions.
But on the Donbass hundreds of peaceful people who have not asked for this war and could not leave were killed.
You can read about dozens, hundreds of actual stories with photos and videos.
If it is your choice to post photos of flowers, be honest with yourselves and admit: I feel compassion only when it is convenient.
Dead Frenchmen are not the same thing as dead separatists.

I feel sorrow for France. And I am posting this photograph.
Because people died.
People who were not at fault.
It’s not pleasant for me to have to write this.
I spent several hours thinking whether to publish it.
Because pain is pain everywhere.
Destroyed lives are destroyed lives everywhere.
In France, Russia, Donbass, Syria, or the Philippines.
But to my silent horror I realize that if tomorrow mass slaughter resumes on the Donbass, you will be silent.
And I will not see your pictures of mourning.
If there are acts of terrorism in our country, you will either remain silent or you will write some utter nonsense about Putin and bloody KGB.