A flotilla of Royal Navy of the United Kingdom leaded by HMS Queen Elizabeth aircraft carrier will pass through Asian waters on port visits to Japan and South Korea, according to the British embassy in Tokyo. The decision was made after Australia had warned of threats of conflict in the region.

“Today, as free nations again hear the beating drums and watch worryingly the militarisation of issues that we had, until recent years, thought unlikely to be catalysts for war, let us continue to search unceasingly for the chance for peace while bracing again … for the curse of war,” Australia’s Home Affairs Department Secretary Mike Pezzullo claimed amid the sharp deterioration of Chinese-Australian relations and regional tensions between China and Taiwan.

The British carrier strike group, including the Queen Elizabeth and 18 F-35B stealth fighters, two destroyers, two frigates and two support ships will sail through the South China Sea on its way to East Asia. According to the statement made by the Royal Navy on April 26, the flotilla will also stop in India and Singapore.

According to the British government, the flotilla should be joined by US vessels and a frigate from the Netherlands in order to carry out joint exercises with Japan, Australia, Canada, New Zealand, France, the UAE, Denmark, Greece, Italy, Turkey, Israel, India, Oman and South Korea.

A French amphibious carrier and two US navy aircraft carriers are also currently deployed in Asian waters. They are intended to take part in joint drills with Japan from May 11 to 17. The United Kingdom, as well as the US and its allies, aim to bolster security ties in East Asia amid the growing tensions in the disputed South China Sea. Beijing claims almost the entire sea while the Philippines, Malaysia and Vietnam also claim parts of it.

On the other side,  on April 23, three major vessels were commissioned into the Chinese Navy. The destroyer “Dalian”, the landing helicopter dock “Hainan” and the strategic nuclear submarine Changzheng-18  were placed on active service in the South China Sea.

Vaccines are a good thing, they prevent hospitalizations from COVID and prevent people from dying. If you keep reading southfront you will believe that all medicine is bad for you and it was created by zionists.

Southfront has nothing to do with the smear campaign against the Russian Sputnik V vaccine in the west. Fair competition is not even allowed, what kind of free market thing is that?

Its so ridiculous.on the radio here instead of calling it Sputnik 5, they say Sputnik Vee.

All this to deny a russian business from supplying a product. Look at Brasil today.

Shit like that does not endear the western pharmaceutical much in my eyes. The same pharma that unleashed cheap opiates on us in the early 2000’s .

Clearly we must trust these companies 100% right?

Once in a while I have to agree with you

Not to talk about the opium and heroine trail also unleashed, while pretending to fight it. 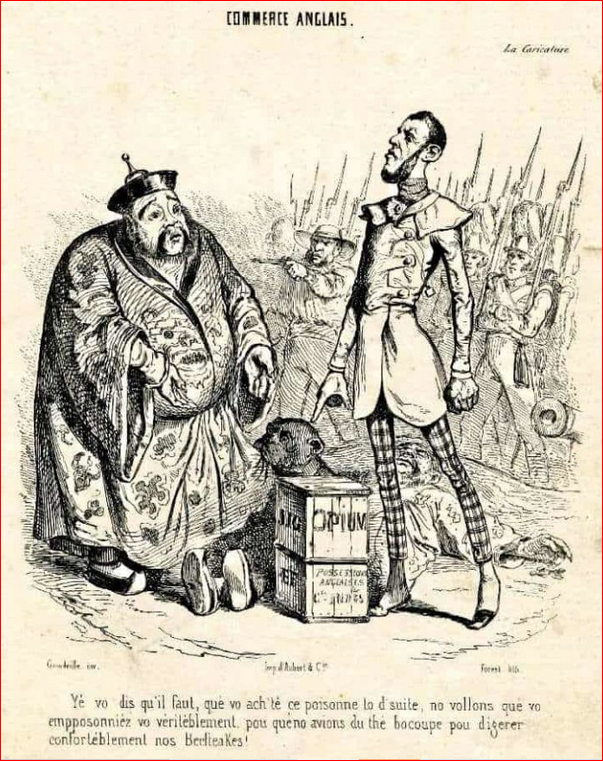 if SF is what you say it is, and contrary to your opinion, why are you here?

Curiously my contacts inform me that 10 15% of old folks in UK care homes dropped dead within a week of being stuck with a needle. They have been denied medical treatment and imprisoned in isolation for over 12 months. POWs would be treated better.

“This is not something we believe, but something we actually know as a fact from a highly positioned source”…………………………………LOL.
Western created vaccines are bad and Zionists made the viruses in their sick laboratories.
https://patents.google.com/patent/US10130701B2/en 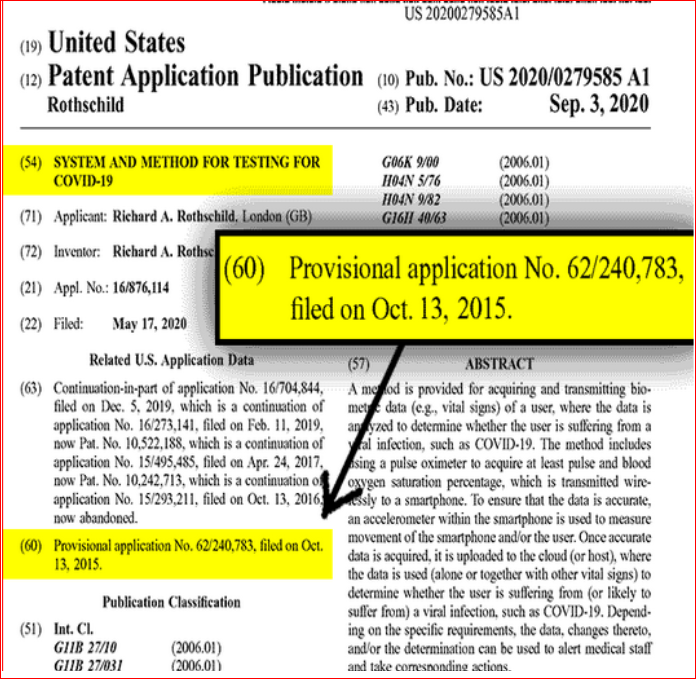 Well, aside from Southfront, you got the last sentence right. Of course I can only speak for that which has the FDA seal of approval.

Sure if you take a vaccine and not a gene therapy shot.

None of those cuntries is free from terrorist Ziocorporate globalism. Not even China and Russia are free to do business by bypassing them completely.

Yeah.. Nations where oligarchs, elites, mentalli ill and US diplomacy are free to do as they please = free nations :)

I am thinking exactly the same thing.
De Facto House Arrest with ‘work details’ for those with jobs in the UK is the New Normal.

Britain deserves to be called by its proper name, Airstrip One.

And by its ancient name, ‘ Perfidious Albion ‘.

it fits… but still sounds too fancy ;)

At this point they are even lying when formulating a question.

Are those British ships bearing cargoes of Opium like the last time?

Yes, to make the Chinese lazy

The moment to appreciate to what extent Chinese greed was westernised by the terrorist Ziocorporate globalists’ schemes since the Opium wars, the civil war, Kissinger and BRI draws closer.

Perfidious Albion at the helm of the terrorist pirates and bloodsuckers as always.

Most of the F35’s on board are US Marine Corp F35’s.
One hours flying time = 7 hrs or more maintenance time.
And ny flying in wet weather either :)

“Tensions rise”?
really?
as one poster noticed, there is no mention of aircraft on the carrier except 8 Funky-35s

it’s pitiful to see the brits running around like they are still an empire.

Maybe they still ARE an Empire. The sheeple just didnt notice it, as with so many other things.

Funny how Brits got colonized by their formal colonies…
The fleet cant protect itself neither against Chinese supersonic cruise missiles nor jets.
Its not a show of force but a show of limp dic…

As usual when Brits send the pride of his fleet to fight in a naval war….the ridiculous is served!…Hood battleships ( sunk by Germans), Prince of Wales ( sunk by Japs), Sheffield ( Sunk by Argies in Falklands/Malvinas war)….

Yeah, brace for war where other people shoot back more effectively. Australia and it’s patrons, the United States and the U.K. have been at war against mostly defenseless people for years. In Afghanistan, Yemen, Venezuela, Libya and so on. The Western governments are always at war, or busy overthrowing governments, interfering in the affairs of others, or murdering innocents by drones or in Australia’s case, by putting teenage boys in burlap bags and shooting into the bag until movement is stopped within.

But, they know that most of their own citizens are either stupid or not paying attention. So they pretend that war with Russia or China or both is because of Russia and China, not because of the real reason that there would be a big war, which is the fact that the Western powers are leaning into Chinese and Russian spheres of security, independence and even economic priorities. These goons are anticipating that Russia and/or China might push back and fight back, and are trying to lay the groundwork in public relations to blame them for the war that Westerners are trying to start.

Not sure what’s it all going to matter when the West gets beat, and the political class across NeoLiberal World gets a beatdown from their own citizens for risking their loved ones, and the security of their own communities and jobs. And the long term security of their children. Two big consequences will come due; first on the battlefield and later among Western electorates.

Good, China only understands strength. Show them who is the true world superpower.

Westernized.
India and China compete daily about who has the best cockney accent.

So giving birth like rabbits is now an achievement for India? Damn!

It’s about quality, not quantity.

The population of Germany is a mere fraction of India, yet a single German worker outperforms 1000 Proud Hindus.

Frankly, I’d employ a Chinese over a Proud Hindu any day.

Who do you think will have a demographic problem first?

South China Sea is part of the Queen’s Commonwealth Navy domain area.
I dont see any reason why the Chinese should be upset about the British Queen supervising her International free waterways.
If China thinks this is some more Hong Kong take over, the Chinese can forget about it!!

The last time a British leader tried to draw lines in Asia for China, she tripped down the stairs:

Caitlin Johnstone (Notes From The Edge Of The Narrative Matrix):

This is like saying “Burglar Harassed In Living Room By House Occupants”.”

Just targets for DF-21 missiles frankly. I doubt China is actually concerned about such deployments.

This is a sad state of affairs. That fleet would be sunk in minutes if a problem arose, with British half way around the world, and no way to provide any support. They would have to page Australia for rescue.