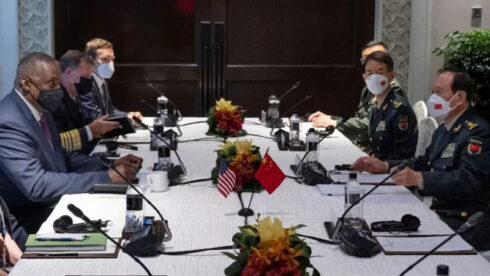 Recently, there has been a sharp increase in Chinese military activity around Taiwan. This was preceded by an official statement by the Chinese Foreign Ministry to the U.S. that if Taiwan secured independence from China, the PRC would immediately attack.

Chinese Defense Minister Wei Fenghe spoke with his U.S. counterpart, Lloyd Austin, at a meeting on security in Asia in Singapore and said that China would fight for control of the island at any cost if left with no other choice. The officials talked for about an hour.

The official U.S. position is that the U.S. supports the “One China” principle, meaning it does not support Taiwan’s independence. However, America is supplying weapons to Taiwan. Lloyd Austin at the summit in Singapore confirmed the US commitment to this policy, although he said that the PRC’s position is extremely provocative and destabilizing.

Wei Fenghe reminded Lloyd Austin about the U.S. arms supplies to Taiwan. He also commented on Austin’s words, “If anyone dares to separate Taiwan from China, the People’s Liberation Army of China will be forced at all costs to prevent attempts to establish ‘Taiwan independence’ in order to protect China’s sovereignty and territorial integrity.

Both sides described the Singapore meeting as a productive and constructive summit. The U.S. Secretary of Defense called it important for the U.S. to maintain contact with the PLA to avoid misunderstandings. 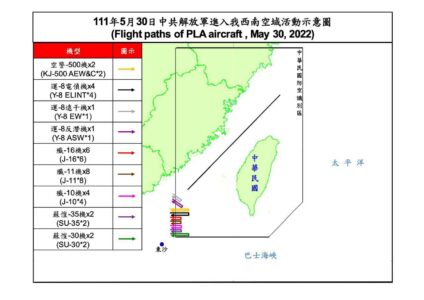 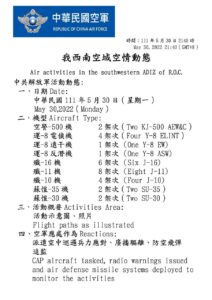 The Chinese government’s directive, which was issued on June 14, is also worth noting. Chinese leader Xi Jinping signed a directive authorizing the “non-military” use of military forces, raising fears that Beijing might invade the democratic island of Taiwan under the guise of a “special operation” not classified as war. Xi signed the order, which takes effect on June 15. The provisions aim to protect human life and property, the country’s sovereignty, security and development interests, and world peace and stability in the region. The set of regulations, consisting of six chapters and 59 articles, will serve as the legal basis for the Army’s non-military actions and took effect on June 15, 2022.

Not the most pleasant meeting of the defense ministers of the PRC and the USA, the new directive of the PRC government, and the recent joint exercises of the PRC and the Russian Federation in the region create certain tension, which may lead to a conflict. But for the most part, the sides are now likely to passively threaten each other, which translates into loud statements in the media.

i Just see mask monkeys in a table !!! are they catching the davos digital monkeys ?? china should make several blow jobs to kissinger ahhhh they already donne !!! heil China digital nazi abortions of the world !!!

Hitler made the mistake of fighting on two fronts and lost is Biden going to do the same ? His advisers are Zionists who ( according to the Talmud ) want the annihilation of gentiles so that they can achieve its aims of Zionism ruling the world.

3 actually. Israel is purposely trying to draw Hezbollah into a war by trying to take their gas. This will cause SAA, Hezbollah and Hamas to attack, then Iran will most likely send a few of their missiles as well.

Work AT Home
Reply to  Jnoub

Last edited 7 months ago by Work AT Home
-4
Reply

They don’t want the gentiles fully annihilated since they want them for slaves, and sex slaves (Jewish women being mediocre looking). Someones gotta do the real work.

Biden won’t even try to defend Tiawan; he works for the Chinese. He’ll put up a pathetic attempt and then stab our allie in the back.

Nor should he. Whitey should mind his own business and not meddle in Asia.

First of all, Bidet has to recognize a front. He doesn’t even realize he is the flickering light bulb in a mall parking lot.

If Taiwan is truly part of China then why do you threaten and seek to harm the people there? It is not my place to decide but any people should be permitted to determine their own fate. A referendum should be held to assess the views of the Taiwanese. If a member of your family didn’t wish to live under the authority of the group do you allow this or do you threaten them with destruction and forced compliance ? It is immoral and China will lose the mandate of Heaven if it attempts to reunite with Taiwan by force. The Chinese are a great old civilization and should demonstrate to the world they are not violent and barbaric and resolve the matter peacefully. This doesn’t mean that China should tolerate interference by the zionist rapacious NATO . Please don’t ruin Taiwan or harm the wonderful Chinese people of Taiwan. The whole world is watching to see if China has grown wise enough to shoulder global responsibilities. Time for peace and prosperity not war and destruction.

Nice words but just look at the USA,s violent history – around 50 million world citizens killed post WW2 alone not counting the Native Americans . Check up on the history of Hawaii and Costa Rica -no “nice guys ” there. Taiwan was part of China since when were the above two countries “part of the USA ” ?- Cant be the Continental Drift can it ? If so then Scotland was part of America.

It was Chinese money that built Taiwan. To think that China will just walk away from this investment and any future dividends is dreaming. The Chinese admin maybe look on Taiwan as one of their biggest success stories and a jewel in their crown.

I wish China was actually a great old civilization, but frankly, after the CPC and their “cultural revolution”, both massively influenced by the tribe, I’m not sure what is still left of that.

Muhammad your Prophet
Reply to  Sage

So you’re saying China prefers to destroy Taiwan which is their own land and its people over peaceful reunification? You’re full of shit.

There cannot and will not be peace whilst usa are running bio-weapon-labs (period) Democracys a farce these days,all whom opt to genocide has no future in civilisations,usa is doomed! Then and only then their democic fuckfests are down and out,over and out,then we may have peace, you can bet your life on that too!

China needs to keep building and testing hypersonic anti ship missiles. The facts is, both navies will be mostly sunk within days.

China Joe will let China have Tiawan if they want it.

The USadmin is obviously lying. It wouldn’t be the first time. The US is encouraging Taiwan into its own destruction, just as they have done in Ukraine. Who’s next? maybe South Korea?

If you ever want to know what the US is really up to around the world you only have to look at what they accuse other nations of doing and then you see that they are, in fact, the ones doing those very things. Sickening.

Milley had better get his makeup case, lingerie, pumps and prepare his sidekick Rachel Levine to bring his pink unicorn to a hell of a short war party.

all look like stupid servants, which are impossible to win any battle?

America getting yelled at and saying: “ok sorry one-China policy, we get it”