The Ukrainian security forces continue to violate the ceasefire agreement. 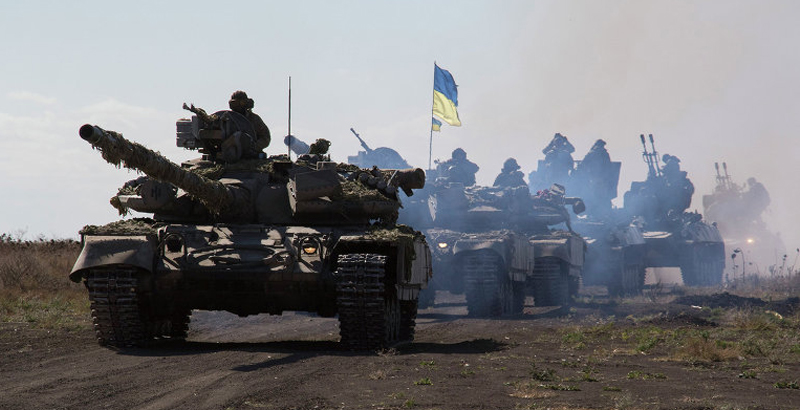 During the week, the Ukrainian forces made two attempts to break through positions of the People’s Militia of the Donetsk People’s Republic (DPR), Deputy Commander of the DPR Operational Command, Eduard Basurin, said. He also noted that three Ukrainian servicemen were killed and four others were wounded in their attacks.

“Over the week, units of the Ukrainian Armed Forces made two attempts to break through our positions in the vicinity of the settlements of Kominternovo and Avdeyevka. As a result of the skillful actions of our units, the enemy was thrown back to starting positions, suffering losses among its personnel, the total number of which was three killed and four wounded,” Basurin said at a briefing.

Meanwhile, a representative of the DPR Defense Ministry reported that the Ukrainian forces once again shelled the Donetsk filtering station. As a result, one of the station’s buildings was damaged, and its personnel were forced to hide in a bunker.

“The Ukrainain forces carried out an artillery strike on the DFS [the Donetsk filtering station]. There is a hit in a building of the reagent farm, a floor panel is destroyed. There is no threat of chemical contamination of the environment. The station operates in normal mode. Its personnel are in a bomb shelter,” the representative of the Donetsk People’s Militia said.

He also added that the shelling took place around 4:00 pm Moscow time. Earlier, it was reported that shelling of the station could lead to a leakage of chlorine. On Thursday, during a videoconference, the contact group for the settlement of the situation in the Donbass paid special attention to the smooth operation of the Donetsk filtering station.

The representative also said that last night, the Ukrainian security forces shelled the territory of the Donetsk airport.

“Mortars of the 82-mm caliber were used in the area of the airport at the night. The shelling began after 9:30 pm. In total, six mines were fired. Closer to the midnight, the   [Ukrainian] security forces used a tripod-mounted man-portable antitank gun,” he said.

In their turn, the Ukrainian security forces reported about seven mortar shelling of their positions from the side of militiamen in the Donbass.

“Over the past day, militants seven times opened fire on positions of Ukrainian troops,” a statement of the press center of the military operation of the Ukrainian security forces, published on its official Facebook page, reads.

I dont understand wtf is going on over there. What will it take for these people to learn their lesson?

The ukrainian government is just doing the bare minimum to show that it isn’t a dead conflict, so it can continue to get money from western countries to “fight” the separatists and Russia. It also blames the tragically bad situation in the country to the “ongoing war”.

That goes a long way to explain how retarded the Ukrainians really are as nation. That their leaders and the Deep State is interested in using them as cheap cannon fodder, I can somehow understand. But the fact that the morons are willing to risk their miserable life for a couple of hundred of dollar fighting the Russians with no prospect of ever winning the war or moving any inch forward, that really baffles me. How stupid can some guys in Ukraine can really be?!

Ukrainian troops are moving forward. And the money from the western governments of Ukraine receives very little.

SEND THOSE TANKS TO YPG! AGAINST ISIS! THEY ARE BEING WASTED!