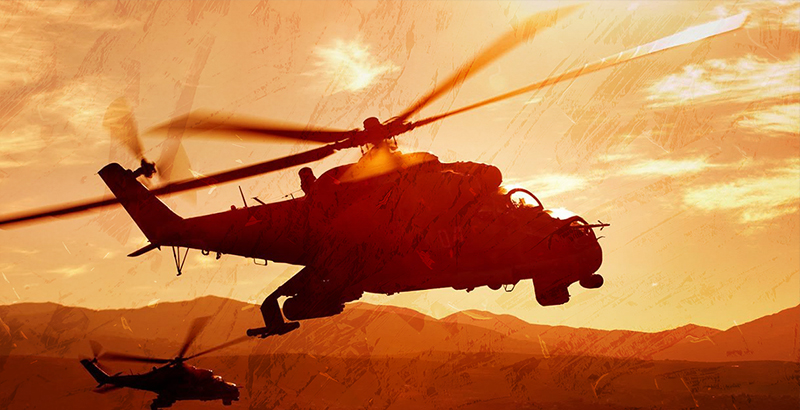 ISIS has seized all the funds and property of Al-Zawad Tribe in the city of Al Bukamal and its countryside in the province of Deir Ezzor, according to local sources.

ISIS has also arrested 17 members of Al-Zawad Tribe and accused the tribe of killing a number of ISIS fighters in the desert of Al Bukamal.

Clashes reportedly erupted in the vicinity of the city two days ago during which the tribe’s members killed a number of ISIS fighters. The reason behind tensions is still unknown.

Yesterday, ISIS closed all Internet cafes in the western countryside of Deir Ezzor. ISIS fears that some civilians may be cooperating with the Syrian Arab Army (SAA) that’s approaching the city.

Local sources claimed that ISIS forced at least 30 youths from the town of Qouriya in Deir Ezzor to join its ranks.

On August 2 ISIS announced the start of forceful recruitment for all men between 20 and 30 years old in the province of Deir Ezzor.

According to pro-government sources, ISIS is using civilians in the southeastern Raqqa countryside and the northwestern Deir Ezzor countryside as human shields against the advancing government forces.

Hundreds of civilians, including women and children, are trapped between Maadan and Tabani towns where ISIS fighters are shooting any civilian trying to reach SAA positions or to cross the Euphrates River into areas controlled by the Syrian Democratic Forces (SDF).

ISIS allows only a small number of civilians to escape to its areas in the southern countryside of Deir Ezzor, which is the heartland of the terrorist group.

All this shit for nothing. Just because they are brainless. Why do you want freedom if you don’t know what to do with it ????

You are a sectarian fascist comparing SDF with IS and SAA practices. SDF has never tried to use civilians as a human shield nor tried to starve civilians in besieged cities.

Those are the tactics of SAA, FSA and IS. One ugly group of sectarian supremacists killing civilians of other persuasions.

Hold on so the ADD hasn’t besieged any cities in Syria is what your saying…?

How do you know are you on the battlefield as we speak? Dutch people we remember you from Srebrenica after 8000 were killed you danced and drank with the murderers great bunch you are and if you try to deny it there is video evidence.

Many of the 8,000 dead in Srebrenica had been killed over the previous 3-4 years but facts like that never stop the corp-0-rat media do they?

do not spam. it is enough to show 1x. everynody knows, he is anti-assad guy. and what now? this is forum, where should be presented pro and contra opinions.

I am advertising a troll! Contradicting opinions are always welcome, but PRO HTS?? Come on!!

This guys is pro SDF and anti SAA! Now he suggests what moves HTS can do to defeat the SAA! I can’t accept that! Can u?

you got your call from SF team, too. so, you are not in right.

otherwise, i do not see him as pro al kaida guy. simply wrote down, what is logical step for the jihadists in idlib. i wrote also sevrel times, that i wonder, why did not cut the supply road tol aleppo instead of attacking? it is good, that they did not, but you must understand, this is DISCUSSION FORUM and we want discuss about all themes from different viewpoint.

U are the only person who complained! U must feel good about yourself! I bet u like cheese!

Because FSA and HTS got disadvantage in open fight with SAA and will lose. They can overwhelm troops stationed around their border, but when SAA concentrate and reinforced with everything available, they will lose and will be getting worse for them in near future. After ISIS chapter is over, it will be their turn to go to hell.

Throughout 2016 there were reports of YPG engaging in ethnic cleansing of Arab villages in far north central Syria – in and around Turkish border.

Full of shi*t The kurds are involved in child abduction for conscription oddly, the article states 20yr olds and 30yr olds which is very strange considering the ISIS bodies perimetering Palmyra few months ago were kids

Full of shi*t to you too

e kurds are involved in child abduction for conscription oddly, the article states 20yr olds and 30yr olds which is very strange considering the ISIS bodies perimetering Palmyra few months ago were kids

Stop being dishonest and mislabeling people , these practices are very much employed by the Kurds which is nothing new even, the US has openly admitted this and say sometimes you have to turn a blind eye and try to influence them from it after a objectives are achieved. The US are the biggest sectarians and seem to understand multi cultures even less than Europeans do.

I see nothing of what it is you describe. The kurds seem to be on field trip tra lala lalaing as they go

Take your blinders off it helps only to lead you to narrow view of the situation, take some time and research unless you are incapable of that, then find something you are not limited on in a discussion.

Didn’t we just see some SDF torturing people the other day? YOU ARE ALWAYS SUCKING SDF DICK! SDF democracy is that of USA and Israel and their co-funders Saudi Arabia!

Firstly, war is war! Secondly, the SDF are LITERALLY fighting for the side that funded the FSA WHO IN TURN FOUGHT AGAINST THE SDF!

THEY ARE FIGHTING FOR the side who funds their enemies who they have to fight!

AND GUESS WHAT?? The SDF know this!

The SDF knows that the USA gives weapons to the FSA and Al-Nusra, that they are allied with Turkey, that the CIA created and secretly funded ISIS!

And u sit here a try to give lectures about fucking “sectarian Fascists”??

On another page, u made a planned scenario of how HTS should defeat the SAA! YOU ARE A PIECE OF SHIT!

Im seriously thinking about hiring a hacker to find out where u are! Then ill decide what to do from there!

That plan is so flawed by dutchnational for one who doesn’t realize HTS having limited heavy weaponry and constantly having their attacks repelled in that region. The possibility of it being implemented when HTS is divided in regards to different groups within it that can break off at any minute,shows the flaws. This could lead to the demise of HTS in shorter time since they would be caught trying to hold too much territory by their enemies in Idlib. Their are groups who are trying to start something but without a lot of heavy equipment they are limited in actions.

LOOK WHAT THIS FUCK HEAD WROTE ON ANOTHER PAGE!!!

Wastte your tike on information campaign, kurds are next

HEY EVERYONE……. IF YOU WANT TO KNOW WHAT KIND OF PERSON DUTCHNATIONAL IS….. CHECK THIS OUT WHAT HE WROTE ON ANOTHER PAGE!

Thanks Justin but we already know that he is a jerk, also his assessment is wrong, SAA will not collapse and the strategy of the terrorists is flawed.