About 70 members of the Jabhat Fateh al-Sham reportedly tried to defect from the terrorist group to the Islamic State in southern Idlib. 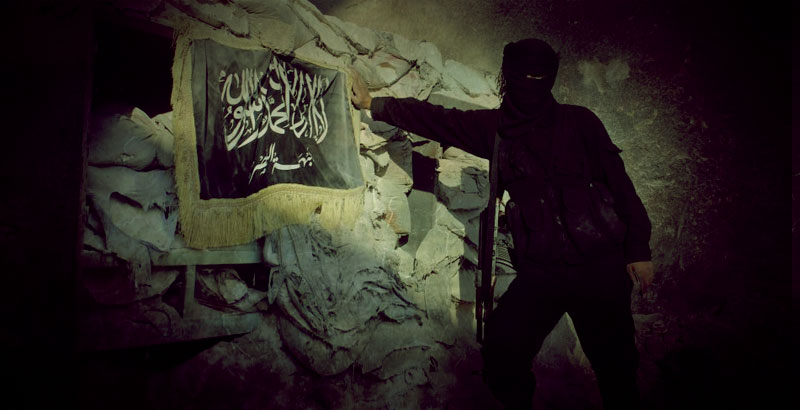 About 70 members of the Jabhat Fateh al-Sham (previously known as the Al-Nusra Front or the Jabhat al-Nusra) defect from the terrorist group in southern Idlib, the Fars news agency reported on Tuesday, citing unnamed battlefield source.

According to the sources, Jabhat Fateh al-Sham terrorists tried to flee towards the eastern parts of Hama and join the Islamic State (IS) terrorist group, however, they were detained by the security forces of their group in southern Idlib and transferred to a prison.

On September 17, leaflets, calling on terrorists to surrender or wait for an army’s massive attack soon, were dropped by the Syrian Air Force over the terrorist-held regions in Idlib province, in particular, over the city of Jisr al-Shoghour, in order to give terrorists the last chance to lay down their arms and surrender to the Syrian government. According to the sources, hundreds of leaflets have been dropped over Jisr al-Shoghour city for several times now.

On September 16, strongholds of the Jabhat Fateh al-Sham were pounded by Syrian fighter jets in southern Idlib, including in al-Tamana and Khan Seikhoun. As result, dozens of terrorists were killed and their military equipment and weapons were destroyed.