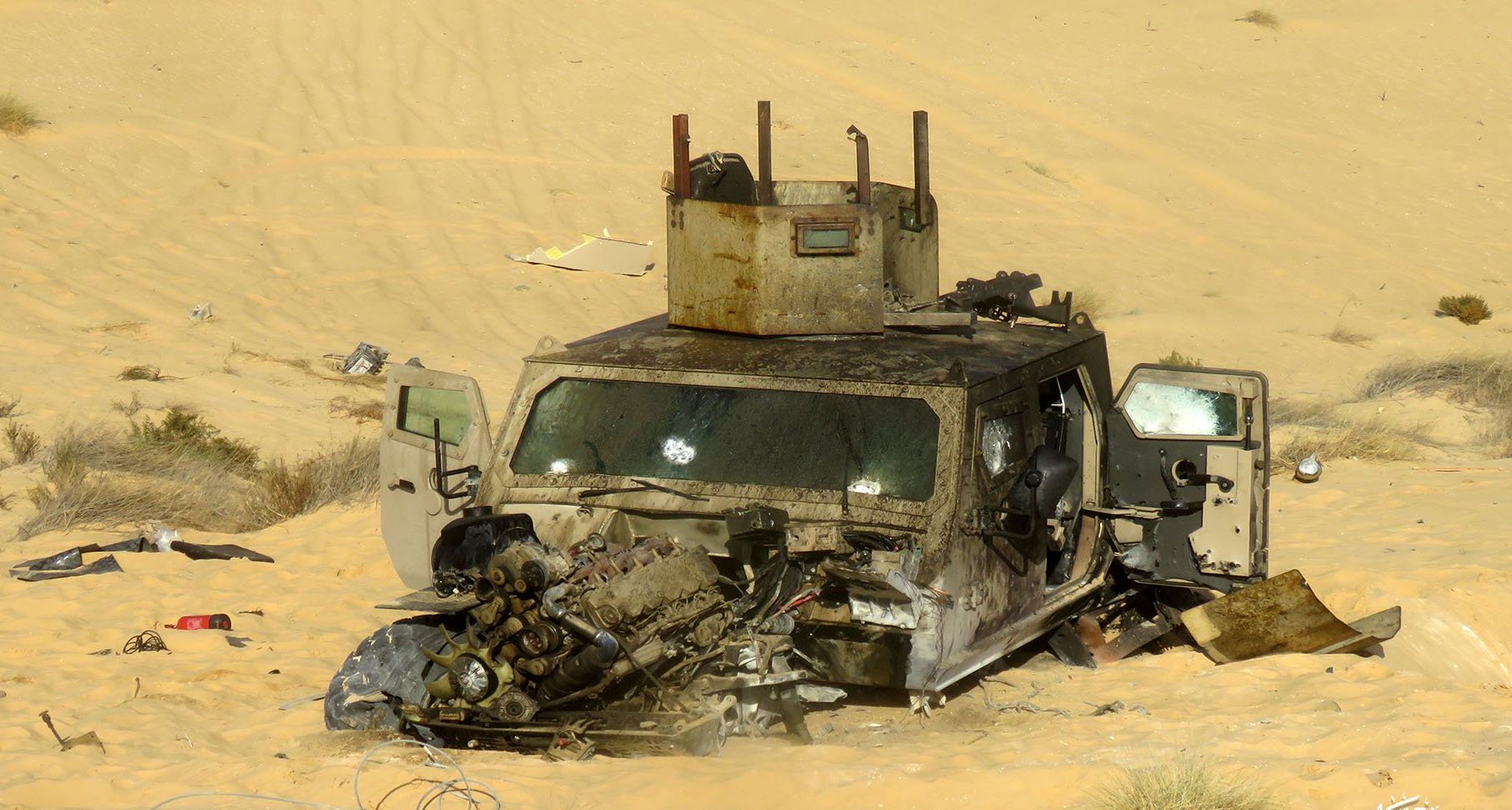 Col. Tamer al-Rifai, a spokesman for the army, said the attack took place south of the town of Bir al-Abd in the northern part of Sinai.

“The armed forces affirm that they will continue their combat operations against terrorist elements to preserve the security and stability of the country,” the spokesman said.

No group has claimed responsibility for the attack, yet. However, several sources said that ISIS, whose cells are highly-active in Sinai, was behind it.

In the last few weeks, ISIS cells carried out a series of IED attacks on Egyptian military vehicles and troops in northern Sinai.

Give the Sinai to Israel and ISIS would probably disappear to Al Tanf, Libya, Afganistan, Yemen, or Africa. Anywhere US coalition interests are, you will also see them. Weird how that keeps happening.

Egypt has it coming for being ISISrael’s US dollar bitch for the Ziowahhabi terrorists, more interested in annual aid from the USA than being its own, fully sovereign nation, a few Russian and Chinese investments here and there won’t help, the Cairo regime still needs to evolve to be able to fight terrorists more effectively, not probable as it is.

el Sisi is not the problem – the Muslim Brotherhood were far bigger problem – Egypt under military junta at least protects the Coptic Christian community that is one of oldest living Christian entities in world. ISIS are foreign sponsored terror faction – that operate in Egypt-Syria-Iraq, basically all the historical enemies of Israel – a remarkable coincidence, that rather suggests the dark hand of foreign intelligence services.